The new DrivEn by CeramicSpeed comes endowed with an award-winning “revolutionary drivetrain concept” that is the latest benchmark in efficiency. 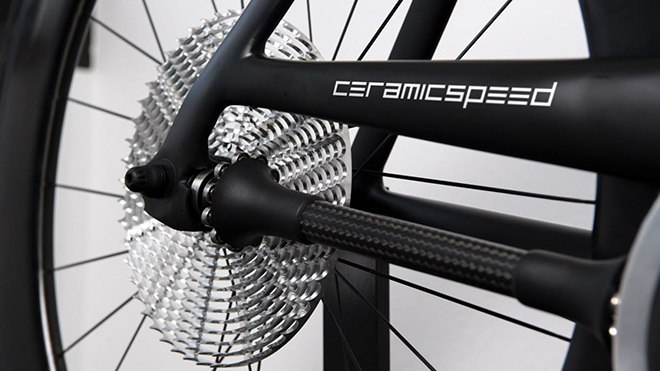 A leader in the realm of professional cycling equipment, the company CeramicSpeed has released a new drive shaft concept DrivEn that claims to be significantly more efficient then the world’s most optimised chain systems, earning them a Eurobike Award at the tradeshow in Germany.

The new DrivEn comes endowed with a “revolutionary drivetrain concept” that is the latest benchmark in efficiency, doing away with the need for derailleurs and chains. With an alleged 49% less friction than stock Dura-Ace drivetrain and 32% less friction than CeramicSpeed UFO chain with oversized pulleys, the DrivEn is a force to be reckoned with.

The Future is DrivEn 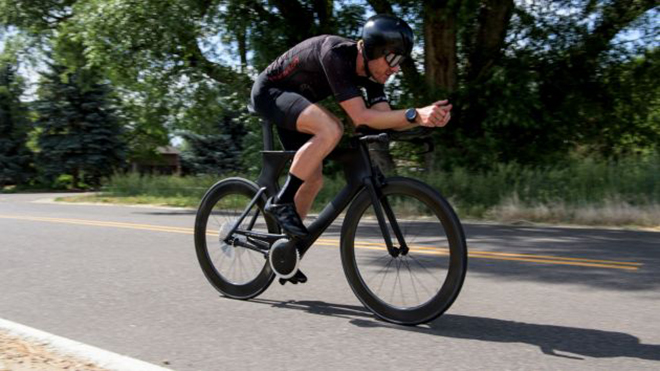 CeramicSpeed was founded by Jacob Csizmadia who, using skates fitted with ceramic ball bearings, broke the world record for 24hr inline skating in 1998. Csizmadia subsequently introduced ceramic bearings to professional cycling and found success at the Tour de France 2001 where he and his team used ceramic bearings for the first time ever. The company is known to have developed hybrid bearings which are 58% lighter and 30-50% faster than traditional steel bearings.

The goal was an astounding 99% efficient drivetrain. Since its recent acquisition of Colorado efficiency test lab Friction Facts, CeramicSpeed has worked with Friction Facts founder Jason Smith to develop drivetrains that are as efficient as possible. 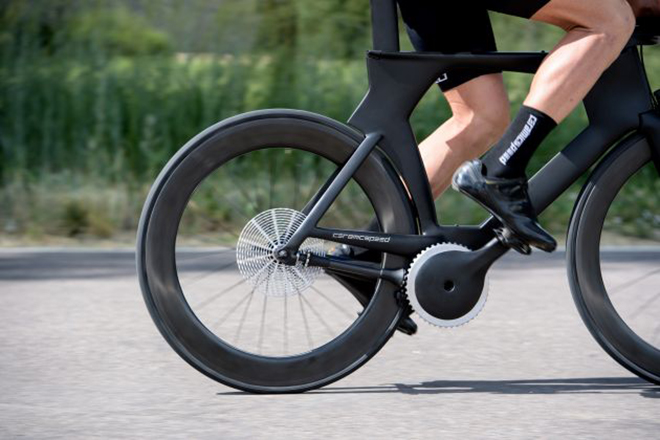 The 13-speed cassette is flat, not conical like a normal cassette / CeramicSpeed

“A year and a half ago we started a project called Pursuit of the 1% Drivetrain,” said Smith, now CeramicSpeed’s chief technology office. “The quest was, how can we get a 99% efficient drivetrain?”

According to Smith, the company had approached the limits of lubrication, bearings, and pulleys, creating an approximately 98% efficient drivetrain which was insufficient. Thus, they had to explore other systems. This led Smith to a partnership with the Mechanical Engineering Department at the University of Colorado, conceiving a drive shaft concept that utilises 21 CeramicSpeed Bearings. 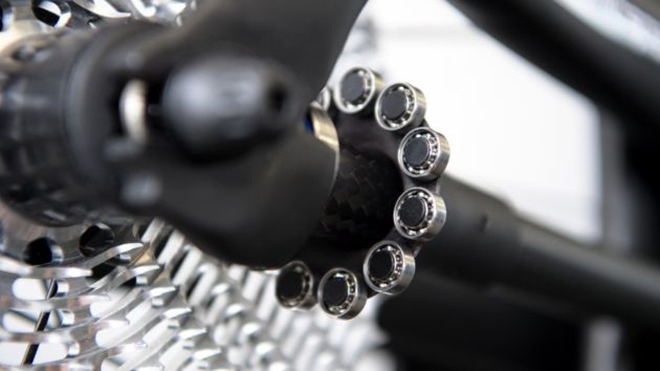 Ceramic bearings on the shaft engage the cogs / CeramicSpeed

Compared to leading chain and derailleur drivetrains in the market, DrivEn generates 49% less friction. This is possible through the elimination of all eight points of articulation in a chain-based drivetrain, where the chain bends around the chain ring, cassette, and pulleys. In the DrivEn system, the 8 points are replaced by four points, each of which rotate on CeramicSpeed bearings in a pinion style drive shaft system. Smith claims that such a system sees 49% less friction as compared to a Shimano Dura-Ace drivetrain at 250w. 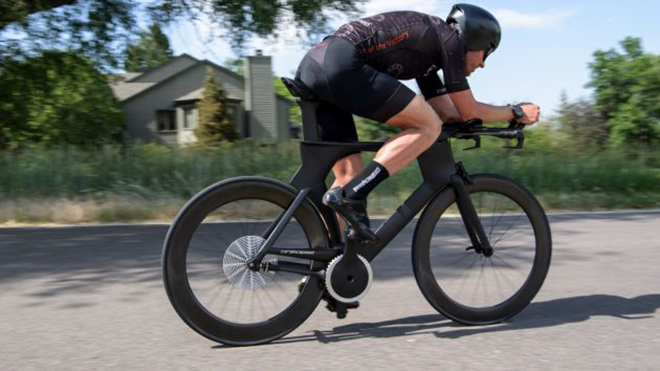 There is no shifting system developed yet, but CeramicSpeed says an electronic motor inside the drive shaft could execute the shifts / CeramicSpeed

It is still a developing concept ahead of its time, with numerous hurdles to cross before commercialisation. There is still no way to shift the system, but Smith suggests that a wireless servo could be installed within the shaft to move it fore and aft on the cassette. A power could also be installed inside the shaft, with a similar measuring system to how a PowerTap hub works, measuring torsional deflection in the cylinder. Shifting aside, the DrivEn would require a dedicated frame, as its position is basically where the driveside chainstay is now on a standard bike.

However, CeramicSpeed remains confident of DrivEn as the future of drivetrain technology. The company seeks to serve as the leader of innovative drivetrain design by challenging convention. The possibility of DrivEn is certainly cool modern age technology to look out for.