Gold iPhone 6 already up for sale

The Alexander Amosu 24ct Gold iPhone 6 is already available to order even if the standard iPhone 6 isn’t. 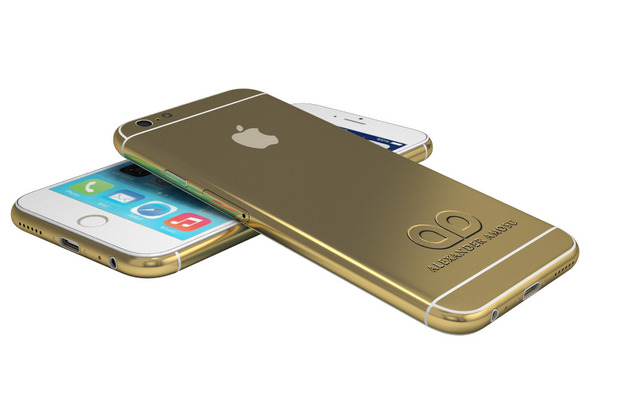 As anticipation builds about the rumored launch of Apple’s latest iPhone, the only thing that is certain is that it will be available in 24ct gold.

The ALEXANDER AMOSU 24ct Gold iPhone 6 is already available to order even if the standard iPhone 6 isn’t.

It can be specified in either yellow or rose gold, with your name engraved on its back and with a crocodile or python skin case.

The British-based designer was the first to offer an iPhone in gold back in 2007 and clearly doesn’t want to take any chances with the latest iteration of Apple’s smartphone, opening the order books and sending out renders of what the finished handset will look like based on rumors and leaks.

The standard iPhone 6 is expected to boast a 4.7-inch display and more rounded corners, and will be going on sale to the public on September 19.

Amosu, whose clients include Snoop Dogg and Lily Allen, also does a line in gold-plated and diamond-encrusted Android and BlackBerry handsets.