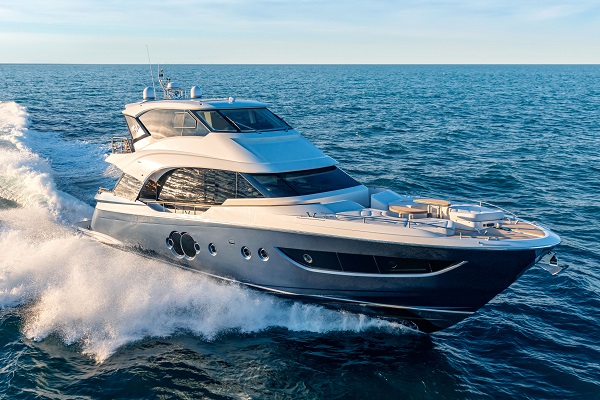 The MCY 70 Skylounge is designed by Italy’s Nuvolari-Lenard

Asia Yachting hosted the launch of the MCY 70 Skylounge – the first Skylounge model in the region – via Facebook Live in mid-January. The five-minute video of the online premiere can be seen at Yacht Style’s Videos page.

Olivier Besson, founder and CEO of Asia Yachting, hosted the presentation by welcoming viewers on the specially designed foredeck. He then moved to the signature enclosed skylounge, which links to the main deck via an elegant internal staircase. 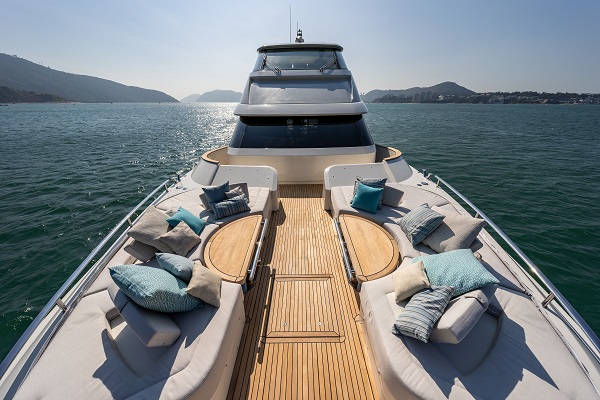 The flexible foredeck on the MCY 70 Skylounge in Hong Kong

“Despite the current Covid situation, we were excited to officially unveil the MCY 70 Skylounge in a unique and revolutionary way by staging an online live premiere. This caters to the different markets we represent in Hong Kong, Macau and across Southeast Asia,” Besson said.

“We firmly believe the MCY 70 Skylounge’s unprecedented levels of customisation and superlative comfort onboard all year round are what our Asian customers are looking for.” 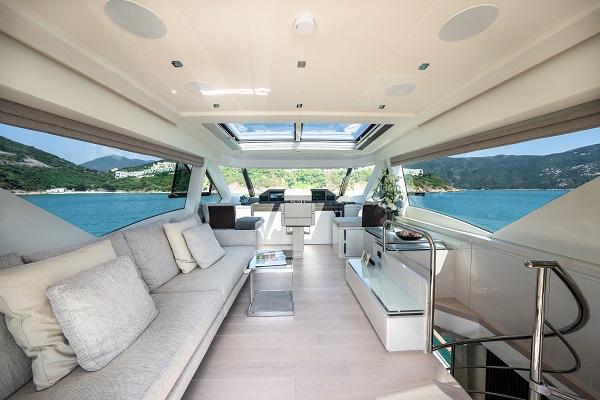 The enclosed Skylounge has internal stairs to the main deck

Like all Monte Carlo Yachts models, the Skylounge Collection – which also includes a version of the MCY 76 –  was designed by Italy’s Nuvolari-Lenard.

Both the MCY 70 and 76 Skylounge models feature an enclosed flybridge, which provides an extra level of indoor space for year-round use. By also containing the yacht’s sole helm station, it also frees up more room in the forward area of the main-deck interior. 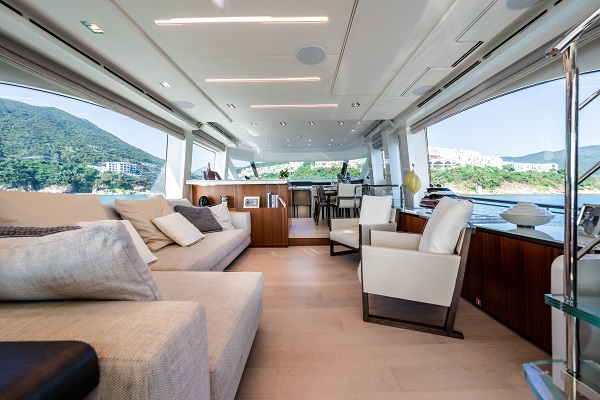 The MCY 70 Skylounge in Hong Kong is available for immediate delivery and Asia Yachting is arranging  private or virtual one-on-one visits on board. To register interest, contact: https://bit.ly/35I1eZk