Fifty legendary vehicles from the worlds of TV and cinema will gather at the exhibition, held in conjunction with the Paris Motor Show. 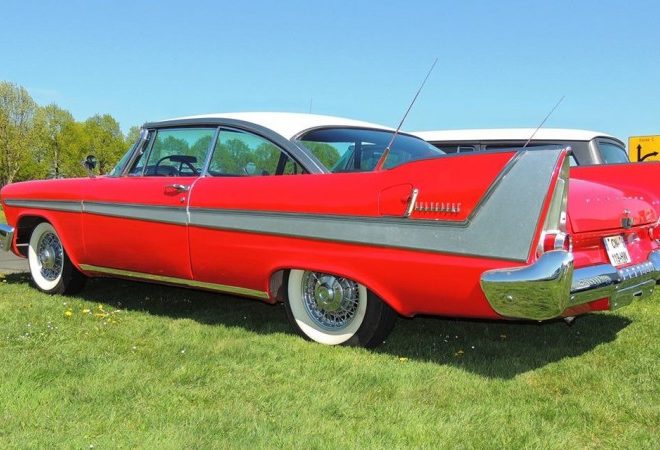 If the cars on the silver screen and telly have captured your attention more that the protagonists themselves, then this is one exhibition you need to include to your Paris itinerary. Happening from October 1 – 16, the “Moteur! L’automobile fait son cinéma” (“Action! Cars from the movies”) exhibition is held in tandem with the Paris Motor Show, and will stage some of the most iconic cars audiences have seen. The Chevrolet Camaro from “Transformers”
© FFVE

These include the Jeep Wrangler from Jurassic Park, Chevrolet Camaro from Transformers, Plymouth Fury from Christine (main image and a tasty classic treat) and the Alfa Spider Duetto from The Graduate. And if James Bond’s exclusively manufactured Aston Martin DB10 took your breath away in Spectre, we’re certain seeing it in the flesh (or metal) will leave you in awe. The Citroën DS from “The Mentalist”

The Citroën DS 21 from The Mentalist will also go on show. The classic car – heralded with the nickname “Goddess” – was widely known for being technically superior for its time and highly distinctive with its inimitable curves.