The Met Gala is one time to get creative and Hollywood was out in full force with their interpretations of the theme. 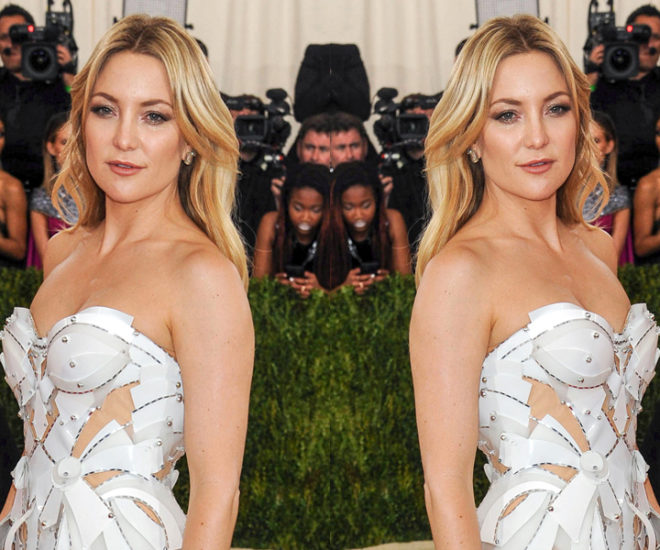 Getting invited to the Met Gala is like receiving the golden ticket to the world of fashion. I will assume that my invite got lost in the mail, much like my letter from Hogwarts. Apart from being a gala for a good cause, it is the one opportunity for Hollywood to throw caution to the wind and embrace their inner Lady Gaga (Spoiler Alert: It was like any other Sunday night for Gaga really. Keep reading, you’ll understand.)

With a theme such as Manus x Machina: Fashion in the Age of Technology, the fashion favorites seemed to have a one-track kind of mind with lots of metal and sequins. From Prada to Balmain, we bring you 8 of our favorite looks from the red carpet.

Claire Danes — Party in the Dark This dress was like a mash-up of Cinderella and Frozen in all the right ways. On the red carpet, this Zac Posen number looked like any other powder blue gown. But once the lights are turned down low, the dress becomes a beacon of light — no, really it does. The organza creation had 30 mini battery packs sewn in to power up the custom fiber optics that took our breath away. Suffice to say, it would have been difficult to lose track of her even in the dark. If you’re a fan of the sci-fi classic The Fifth Element, then you might see a connection between Chris Tucker’s DJ Ruby Rhod here. The award winning singer walked the carpet in a custom-made Prada gown embellished with charms and gadgets and jewelry from Fred Leighton. When we say gadgets, we mean Tamagotchis. With a walking battery pack parading around nearby (we mean Claire Danes) Perry was far from bored during the night. If there is one person who can make cut-outs look sophisticated it would be Hudson. Her bridal gown-inspired Atelier Versace number, was made of several different materials and intricate construction. She was probably one of the few who managed to stick to the theme, though it also meant that she couldn’t sit for the rest of the night (we presume). The youngest of the Kardashian-Jenner clan truly suffered in the name of fashion for her Met Gala debut. Unlike her sister Kim, she aced it on her first try. While her heavily sequined gown from Balmain was beautiful to say the least, it seems like the makeup maven now has scars to remind her of the night. The sequins, which balanced out the sheer panels in the dress, left her legs scratched up and social media star that she is, all the pain was captured on Instagram.

You have to admit, the reality TV star looked good and not just because she was finally out of one of those odd-looking nude body suits. With bleached eyebrows and slicked back hair, the muse of Kanye West looked pretty fierce in a Balmain number that was a mix of metal and sequins. The sexy robot look however was ruined slightly by the White Walker she dragged off the set from the Game of Thrones — oh wait, that’s just Kanye. Not only did she bring pants back to the red carpet but she also ensured that her gown made a statement of its own. Collaborating closely with Calvin Klein and Eco Age, the actress chose to wear a five-piece ensemble that can be re-used in various styles, giving Kate Middleton a run for her money. The corset that sat over the off-shoulder top with a Bardot neckline was crafted from three different fabrics woven from yarns made from recycled plastic bottles. The Internet entertained itself with jokes about how the latex Givenchy creation was in fact Becky’s skin as the singer walked the carpet. Jokes aside, the gown was one of the few that did not feature metal and looked somewhat comfortable – or so you would think if you’ve never worn latex for extended periods. This gown is probably one of the best outfits Queen Bey has worn to the Met, yet.

I expected more of Mother Monster. She seems to be reusing several Bowie inspired looks of late and it would be nice to have seen Gaga go gaga (pun intended) with the theme. Wearing a sparkly purple rubber halter-bra, high-waisted corseted shorts and a gunmetal jacket from Atelier Versace, the singer and actress seemed to have left the rest of her outfit back home. But understandably so as pants of any kind would have taken the attention away from those Sky-high platforms and blonde bouffant hairdo.