The Palais Galliera, in close collaboration with Alber Elbaz, artistic director of Lanvin, is honouring the oldest French fashion house still in business. 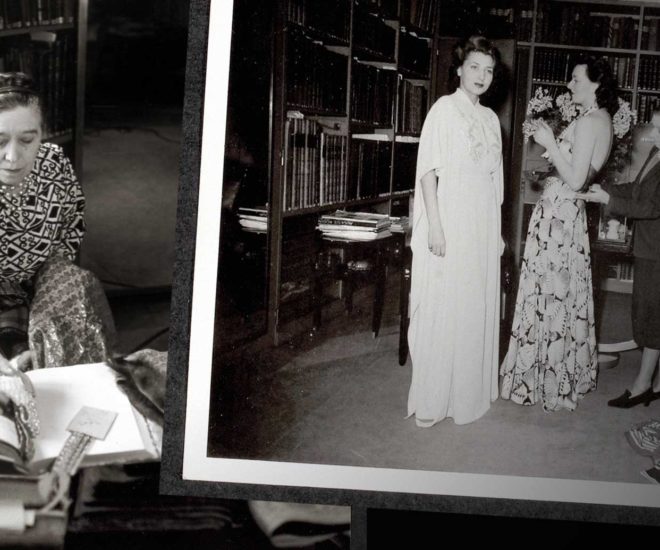 The Palais Galliera, in close collaboration with LANVIN‘s creative director Alber Elbaz, is honoring one of France’s oldest surviving fashion houses in a new exhibition, opening next month.

Opening on March 8, this first Parisian retrospective devoted to Jeanne Lanvin will feature over a hundred designs from the Palais Galliera and Lanvin Heritage fashion archives.

“This inspiring exhibition pays tribute to the skill, inventiveness and creativity of a great artist who captured and expressed the spirit of her time, and celebrates over 125 years of extraordinary fashion heritage which continues to thrive under Alber Elbaz.”

Like Coco Chanel, Mademoiselle Jeanne began her career as a milliner in 1885. Marguerite, Lanvin’s only daughter, became her primary source of inspiration and the starting point for her fashion career.

In 1908, Jeanne Lanvin began making children’s clothes — some of which are on show at the exhibition, like the lace and organdy rosette embroidered dress that she created in 1925.

The following year, she branched out into Young Ladies’ and Women’s apparel. That same year, she joined the Syndicat de la Couture, the designers’ union, and entered the closed world of French fashion houses.

Lanvin later introduced bridal fashion, lingerie and fur ranges, as well as interior decor and sportswear. Then in 1926, she launched her first menswear line. Visit palaisgalliera.paris.fr for more information about the exhibition.