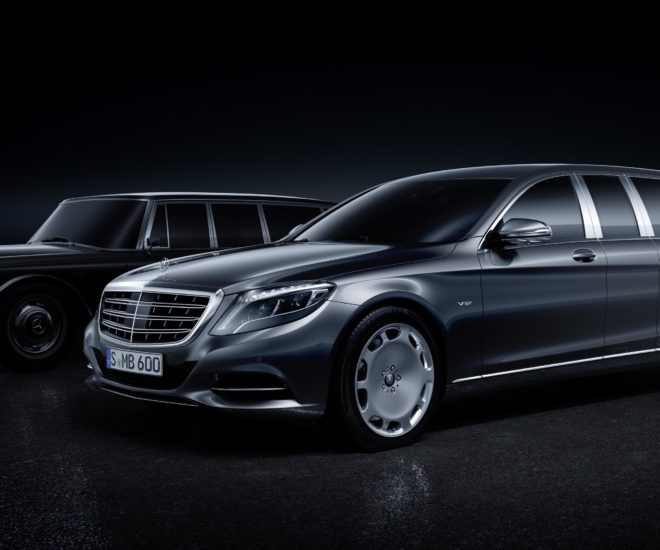 With its latest premium model, Mercedes-Benz is not only attempting to stretch one of its most valuable brands, the Pullman marque, it is also quite literally stretching the current definition of automotive luxury.

That’s because the new Mercedes-Maybach Pullman measures 6.5 meters from nose to tail. For some perspective, the Rolls-Royce Phantom extended wheelbase is almost half a meter shorter.

But the car needs to be that long to ensure that two rear-seat passengers can travel in absolute luxury with more room to recline and stretch out than is typically found in a Paris or New York studio apartment.

Mercedes describes the car’s rear cabin as “a generously-sized and tastefully-appointed club lounge” and that’s not hyperbole. The entire space is wrapped in the highest quality leather and the executive seats have integrated calfskin rests that can be raised and lowered just like the seats in an airline’s business class section.

There’s also the option of a vis-à-vis seating layout so that the car can carry four passengers, two on fold-down rear-facing seats and two in the executive reclining chairs.

As well as comfort, the car is all about privacy and seclusion. The rear windows come with blinds, and there’s a glass partition that separates the chauffeur from the rear-seat passengers. It can be raised and lowered, and, with the press of a button, turn from transparent to opaque.

Mercedes says that before personalization options, bespoke detailing or armoring, a ‘standard’ Pullman will cost roughly €500,000, making it more expensive as well as longer than a Rolls-Royce.

But the people who will be considering the Pullman as their next daily run-around don’t care about cost, but they do care about aesthetic individuality – something all Rolls-Royce cars have but that in terms of external appearance, at least, the Pullman lacks – it takes many of its visual cues from the Mercedes S-Class.

Still Mercedes must be confident that the car will be a hit, or else it wouldn’t have resurrected the Pullman marque!