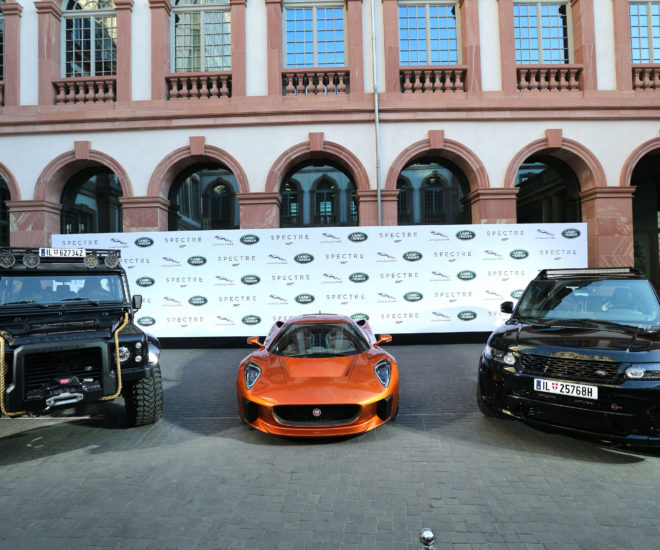 Three new vehicles set to feature in upcoming Bond film “Spectre” were on hand at a September 15 soirée coinciding with the Frankfurt Motor Show. The Jaguar C-X75 hybrid electric supercar was first unveiled at the 2010 Paris Motor Show but cancelled before a limited run ever made it off the production line. It appeared alongside the Range Rover Sport SVR and Land Rover Defender, both of which roll on immense 37-inch off-road tires. “Spectre” director Sam Mendes had unveiled another British supercar, the Aston Martin DB10, at a Pinewood Studios event in December 2014.