The Italian luxury brand has launched its first Giorgio Armani boutique in the city of Saint Petersburg. 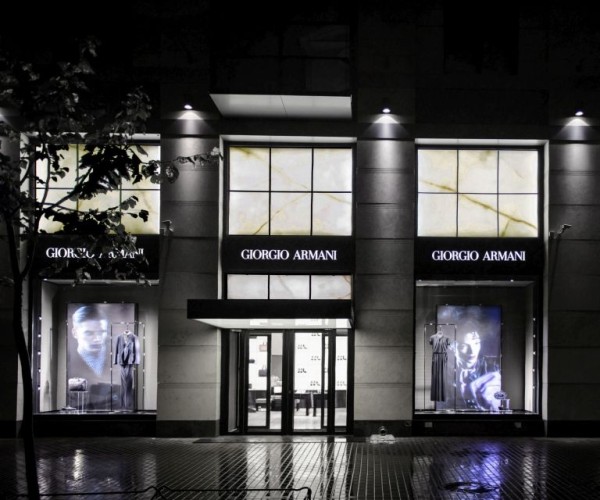 The Italian luxury brand has launched its first Giorgio Armani boutique in the city of Saint Petersburg. The 260-square meter store hosts the full Armani womenswear and menswear collections. The company will be celebrating the opening with a luxurious event, set to be hosted by Roberta Armani, the famous designer’s niece. Alongside the celebrations for the store, the party will also be fêting the opening of the ‘Eccentrico’ exhibition, a look at some of Armani’s most delightful accessories and jewelry creations from 1985 until today, which will be open to the public until December 8.

The store interiors were created in a “Brushed silk” theme — molded wall panels are covered with a special fabric, as well as a backlit onyx for contrast, complementing a beige stone floor. There’s also space for the brand’s Armani Casa fixtures and fittings, including the space’s green carpets.