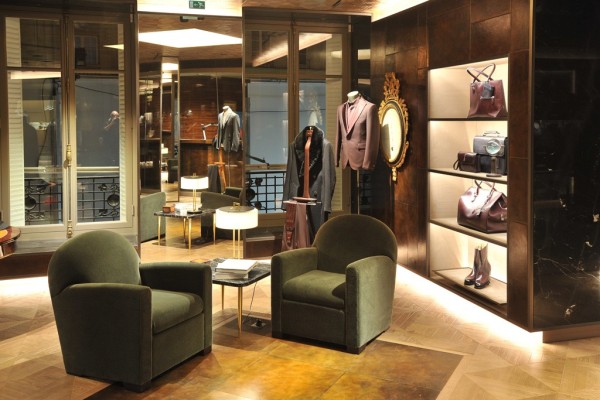 The store holds the full clothing, accessories and shoe collection as well as a limited edition travel trolley available in only three boutiques around the world. The new location also incorporates the skills of the building’s old occupants, the master tailors Atelier Arnys. A made-to-measure suiting service, called ‘Grande Mesure by Atelier Arnys,’ operates from a space within the store and will also appear once a month in Berluti’s Conduit Street boutique in London. “After the successful consolidation of our bespoke boot-making service and the introduction of ready-to-wear under Alessandro Sartori, the Grande Mesure service will offer bespoke tailoring of the same exacting standards in quality, rarity and individuality,” explained Berluti boss Antoine Arnault.