Commemorating 50 years since the passing of le corbusier, a number of furnishings brands are returning to his work. 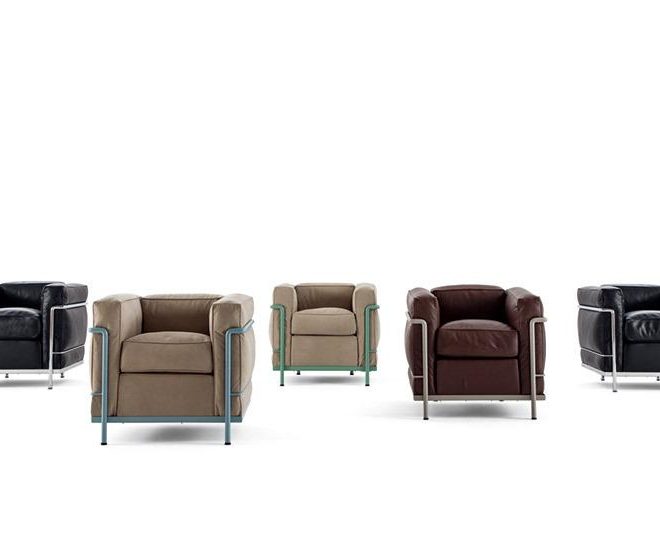 This summer marks the 50th anniversary of the death of Le Corbusier.

To honor the famous Swiss-French architect, a number of artists and furnishings brands are returning to his work.

50 years of the LC Collection

The year of Le Corbusier’s death, 1965 was also the year of the birth of the LC Collection. Designed by the architect in collaboration with Pierre Jeanneret and Charlotte Perriand, this furniture line is recognizable thanks to its tubular metal structure.

To commemorate the 50th anniversary, Cassina chose to reissue the LC Collection with more eco-friendly materials.

Chrome is no longer used in the leather tanning process, and the cloth has been replaced by a new microfiber fabric which requires 70% less water and 35% less CO2 to manufacture and dye. Color was an important element for the Swiss-French architect, who observed that different hues can change a space, impact us psychologically and interact with our sensitivities.

Reflecting these ideas, the designer created two special color palettes, which are currently licensed to the metal furnishings maker Tolix.

The company is paying homage to the architect with an exhibit of metal items painted in Le Corbusier’s shades. The collection is on display through April 20 at the Villa Savoye Le Corbusier in Poissy, France. An essential reference in the world of architecture and design, Le Corbusier continues to inspire today’s artists.

To mark the 50th anniversary of his death, Spanish designer Jaime Hayon created the Réaction Poétique collection for Cassina.

The series includes several items inspired by Le Corbusier’s organic and architectural designs: including table stands, a tray and two small tables. The line will be presented at the Milan Furniture Fair from April 14 to 19. A number of artists have come forward with their personal updates to some of Le Corbusier’s most iconic pieces.

The German artist Olaf Nicolai, for example, chose to replace the traditional cow skin cover of the LC4 chaise lounge with a wool cover with a red cross design echoing the Swiss flag. The chaise lounge will be on display through April 20 at the Villa La Roche in Paris.