We pick out six key trends from the Maison & Objet Paris fair. 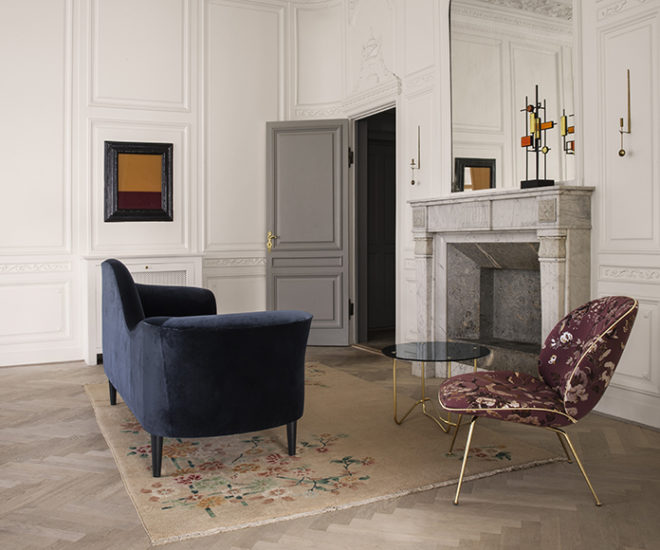 Having concluded its Paris edition, Maison & Objet offered us a chance to latch onto a few key trends that are set to take the industry by storm. Well, in theory anyway because some of these are ongoing developments. We take a look at six trends spotted at the fair. Having been named color of the year for 2016, it is no surprise that the shade made an appearance at the fair. Splashed out on various objects, pink was most commonly featured on rounded designs that featured soft lines.

The end is near for pastels, as its partner in crime Scandinavian style is on its way out. In its place, we expect to see stronger and bolder shades such as burgundy to reign supreme and gain more attention. Color us enthused!

Supporting the notion that dark shades are set to dominate, Dark blue was seen in various designs, from velvet sofas, Hartô’s table (above) to the “Nuage” vases by the Bouroullec brothers. This trend was already seen at the last Milan Furniture Fair, and was back in force at Maison & Objet. French china and ceramic designers Non Sans Raison outed a “Kids” collection, and Ionna Vautrin launched into the children’s market with a range of toys for Danish brand EO.

The 1980s Edge Out Scandi Style

Yes, Scandi style is being put out to pasture in favor of the 1980s, which if you remember the 80s might be troubling. The bright, bold colors, gold finishes and rainbow effects are making its way back to the worlf of interior design. The first signs of this upcoming trend were seen when pieces from the master of the Memphis movement, Ettore Sottsass, were rereleased. Pieces inspired by the decade spotted at Maison and Objet include cushions from Nomess Copenhagen. Marble is here to stay (suck it haters!) as seen at Normann Copenhagen. While the brand featured the material in the form of a chopping board (above), others chose to showcase copper shades. An example was seen with Tim Dixon who added a few new pieces to his Tank collection. Cork is another trend that is still with us. Copenhagen used the material to create notebooks.