Here is a look at some useful reading material to bring you up to speed with the world of design. It’ll put you in the mood for London Design Festival. 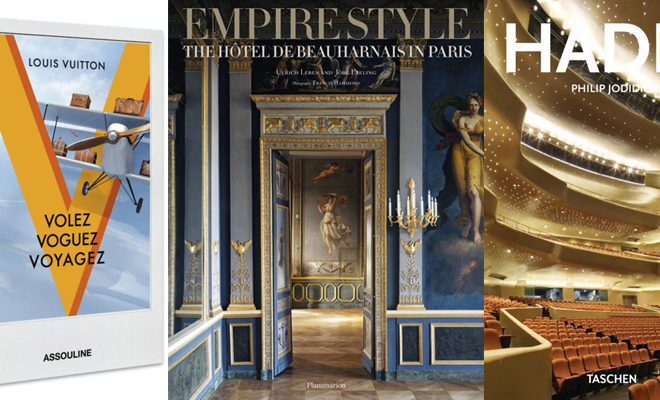 The London Design Festival is bringing the art of design to the heart of the British capital, from now until September 25. Here is a look at some useful reading material to bring you up to speed with the world of design this fall.

After her sudden and unexpected death this year, this book celebrates one of the leading figures of world architecture. Known for her large, bold structures with audacious curves, Zaha Hadid was the first female recipient of the Pritzker Architecture Prize. This Taschen monograph looks back over the renowned architect’s extraordinary career.

The art of Japanese porcelain manufacturing began in Arita, some 400 years ago. This book, published by Phaidon, celebrates traditional Japanese ceramic culture through the ages.

Based on the recent Louis Vuitton exhibition at the Grand Palais in Paris, this book from Assouline is ideal for anyone who couldn’t catch the show. It is also a great way to discover the world of the famous French luggage maker, intent on making traveling effortless and fashionable.

In 1803, Joséphine Bonaparte – wife of the future Emperor of France – acquired the Hôtel de Beauharnais in Paris, which she renovated for her son, Eugène de Beauharnais. Becoming an embassy during the 19th century, the Hôtel is a visible incarnation of Consulate and Empire décor styles. This first monograph dedicated to the building is due for release in November.

Although mere mortals can only dream of donning Cartier’s legendary jewelry creations, this book showcases a selection of the luxury label’s dazzling delights. The tome is written by the same French fashion writer behind The Book of Ties.