Gucci welcomes Tom Hiddleston as the new face of Gucci with a brand new campaign. 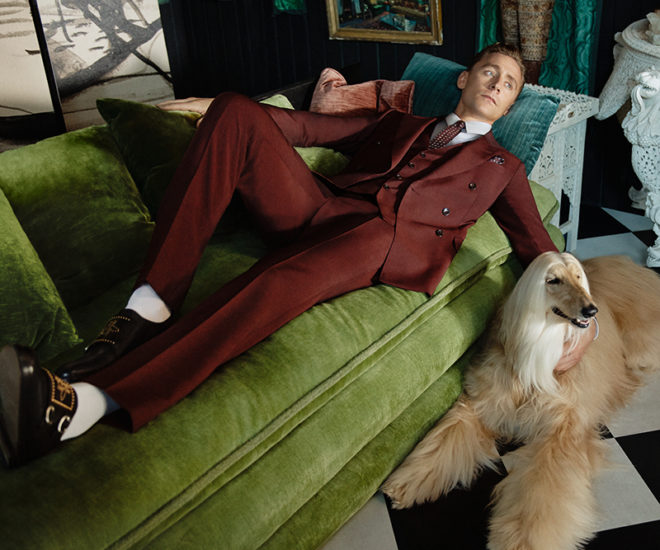 Who needs Taylor Swift when you have Gucci? Having spent several months as the man who may have inspired another Swiftian tune, Tom Hiddleston has ditched that unsightly “I Heart T.S” t-shirt (why? Just, why?) and, instead is looking dapper in a tailored suit by Gucci for the brand’s new Cruise 2017 campaign. The British actor, who is rumoured to be in the running for James Bond, is photographed in a series of shots in a luxurious estate, once owned by the late artist Tony Duquette, in Los Angeles. With Hiddleston as the new face of Gucci, Alessandro Michele enlisted the help of photographer Glen Luchford to capture the laidback sophistication for the new campaign. However, Hiddleston is not the only star of the campaign. His co-stars are Afghan hounds with hair so sleek and smooth, we feel envious of their manes by simply looking at these shots. These beautiful creatures, the Afghan hounds we mean, are not the first animals to star in Gucci campaigns. For example, for the brand’s Cruise 2017 campaign and Spring 2016 campaign, Michele had in fact included farm animals and peacocks respectively.