We meet with Amy Adams in New york, to talk being the muse of Max Mara, the launch of the “A” bag and her impressive career in Hollywood. 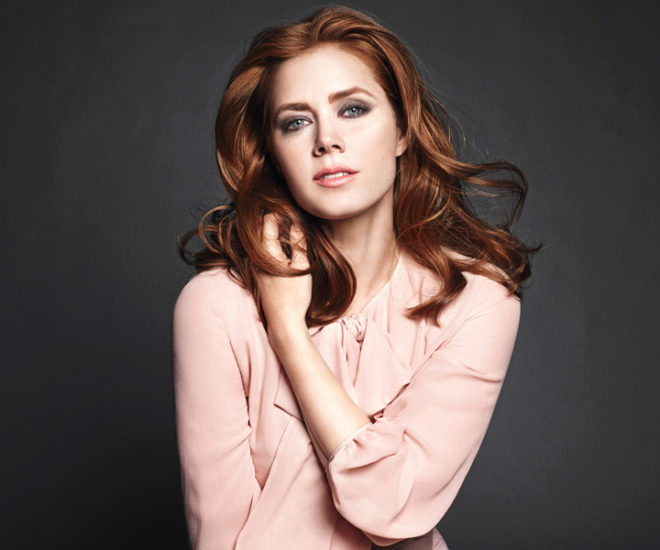 Amy Adams welcomes me into her suite on the 65th floor of the Mandarin Oriental – the view of Manhattan is breathtaking. She excuses herself and asks me to wait for a few minutes. Her daughter Aviana had taken a tumble earlier that morning and her husband, actor Darren Le Gallo, has just returned from the hospital with their daughter in his arms. The result of the fall: an enormous haematoma on the forehead and a broken leg for the precious five-and-a-half-year-old.

Adams calms down and gives me her full attention, eyes sparkling, red hair smoothed back and complexion glowing. She sits on the sofa, in a classic Max Mara blazer, dark jeans and pumps. I tell her that I saw her heating up the Baftas (British Academy of Film and Television Awards) with an attractive man a year ago, and she bursts out laughing. “I love dancing! And I love the after-party. I was actually with Steve, my makeup artist, and we danced all night… and suddenly I told myself, those who don’t know who he is will start spreading rumours!” I peer at the Max Mara “A” bag, which matches my old pink scarf. Adams is remarkably sensitive to textures, she likes the way leather feels and this bag – supple and incredibly soft – is no exception. “It’s an ideal bag for the whole day, since I leave the house in the morning and don’t return until the evening. I can put everything inside, and the colour – I’m obsessed with this lovely feminine hue!” says the two-time Golden Globe Award winner, who is based in Los Angeles and an active supporter of the Rape Crisis Center. “I’m looking for ways to help women who aren’t able to speak out. Emma Watson is doing some amazing stuff – at her age, I was hardly that sensible!”

Last year, the 41-year-old star of Doubt (2008), American Hustle (2013), and Big Eyes (2014) landed the lead part in Tom Ford’s Nocturnal Animals: “I’m a great fan of (Tom’s) work. He’s been successful in so many domains – perfumes, clothes, movies. He’s always so impeccably elegant, so perfect, and that always makes me feel a little unkempt next to him! But, really, he doesn’t care at all.” Unsurprisingly, 2016 holds a slew of projects for the auburn-haired beauty. Apart from reprising her role as Lois Lane in the box office smashing Batman v Superman: Dawn of Justice, Adams also has a whole list of projects in the pipeline, including the sequel to Enchanted – the Disney film that made her an international star in 2007 – as well as undertakings off the silver screen: “I took my daughter to watch a musical on Broadway yesterday, and it really made me want to return to the stage! The contact with the public, the ambiance and how it makes us fully commit ourselves – it’s a unique experience.”

Meanwhile, Adams is Max Mara’s muse for the fourth season. “It’s the first time I’m working with a brand of such stature. That it’s still family-run appealed to me, and I chose them because they support women in general, and, especially, women in cinema,” says Adams. “It’ll be difficult for me, the day when they have to choose another muse!”