Two jets that once belonged to Elvis Presley will have a permanent home at the singer’s Graceland mansion in Memphis, Tennessee, Graceland said. 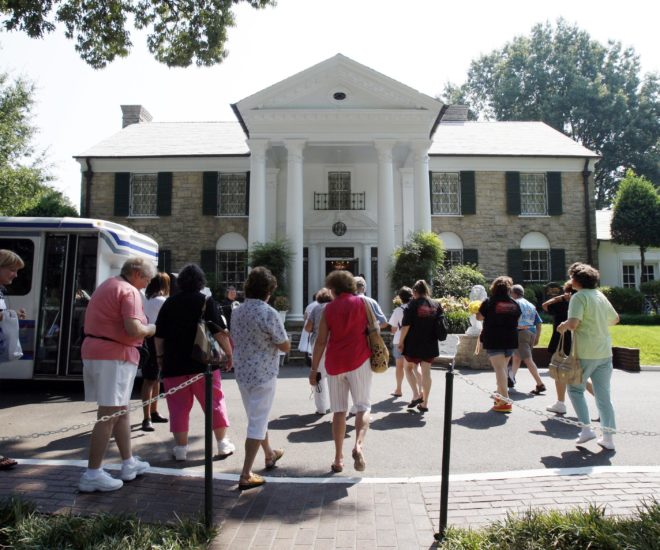 Elvis Presley’s two personal jets are staying at Graceland, his estate said Monday, ending months of jitters among his legion of fans that they were about to be sold off.

The Lisa Marie, a vintage Convair 880 airliner, and Hound Dog II, a Lockheed JetStar executive jet, have been on display at the late King of Rock ‘n’ Roll’s estate in Memphis, Tennessee since 1984.

But until now, their fate had been up in the air after they were put on sale by their owners, which exhibited them at Graceland in return for a share of ticket proceeds — triggering an uproar among loyal Elvis fans worldwide.

In a brief statement Monday, Graceland said “an agreement has been reached for Elvis’ two airplanes … to remain at Elvis Presley’s Graceland in Memphis permanently.”

It did not elaborate, but Presley’s daughter and sole heir Lisa Marie Presley hinted on her Twitter feed that Graceland had acquired the two aircraft, which are no longer in flying condition.

“Exciting news! … The planes will remain at Graceland 4 ever! We own them and have fun plans for them as well,” she said.

For devout fans of the King of Rock ‘n’ Roll, who died in August 1977 at the age of 42, the Lisa Marie and the Hound Dog II afforded a unique glimpse into his jet-setting lifestyle. Both had been owned by OKC Partnership of Memphis, which displayed them across the street from Graceland mansion under a joint venture agreement with Elvis Presley Enterprises, the business arm of his estate.

Presley acquired the Lisa Marie in April 1975, two years before his death, for $250,000, then spent lavishly to customize it to his own specifications.

Its 29-seat interior features a master suite with forward lounge, conference room, private club room and suite, and a bathroom with gold faucets and wash basin. Entertainment on what the rock music legend liked to call “the pride of Elvis Presley Airways” was provided by a 52-speaker sound system and a four-television in-flight video tape system.

It changed hands several times before it was towed to Graceland where it rubbed wingtips with the smaller TriStar.