The historic restaurant auctioned off several pieces from its private collection as part of its revamp. 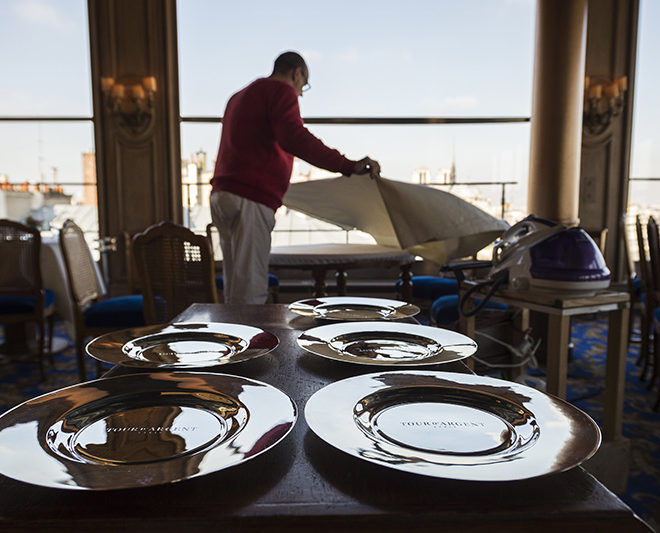 What in the world is a duck press? We will get to that of course but first, a bit of backstory… Overlooking the river Seine, the Tour d’Argent restaurant has seen many changes over the years. Thanks to this history, the Michelin-starred restaurant had acquired a large number of dishes, furniture, rare spirits and liquors. As part of its efforts to modernize the restaurant and its logo, Tour d’Argent auctioned off over 3,000 items from its private collection. One item that garnered much attention during the auction by Artcurial, was the silver plated duck-press.

Crafted in the 19th century by Christofle, the duck press also bears the Left Bank restaurant’s emblem and was expected to fetch EU4,000 to EU6,000. It was sold however, for EU40,000 ($45,000) — nearly 10 times its estimate. Used to squeeze the blood and bone marrow from ducks, the device is said to have served an impressive 1.15 million dishes of “Canard a la Presse” since 1890. Today, this might well be the most expensive duck press in the world, although statistics on these devices are hard to come by.

“The Tour d’Argent is continuingly evolving and the renovations we have undertaken have led to us accumulating a large amount of porcelain, crystal, glass and silverware and also furniture which no longer has a relevant place today” said André Terrail, owner of Tour d’Argent. He added that “Just like our new visual identity, we are establishing the Tour d’Argent in the present, whilst continuing on from the past.”