The child star’s ring fails to find a buyer at Sotheby’s. 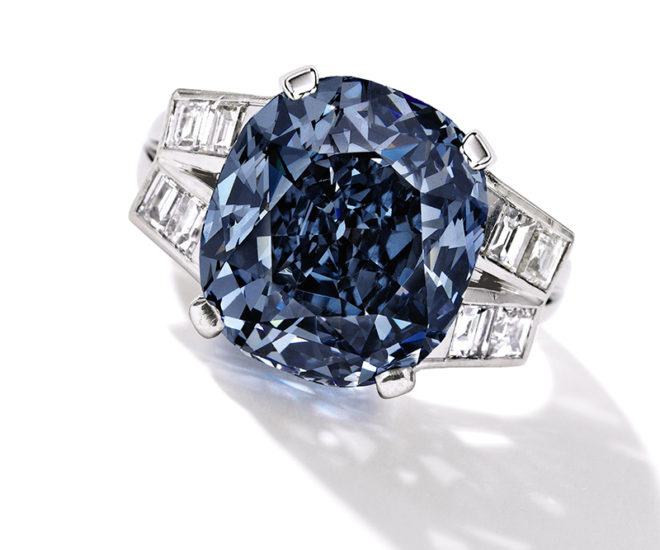 She was the child-star who brought joy to the Depression-era movie-going audience with her performances and innocence. Despite her success at that time, it seems that her star power has not translated to into an ability to sell personal objects. Her 9.54-carat blue diamond ring went under the hammer at a Sotheby’s New York auction for an estimated $25-35 million, but failed to find a buyer. It was originally a present from her father who bought it for $7,210 back in 1940.

Shirley Temple started acting at age three, and became the youngest person to win an Oscar in 1935 (aged six), with a special award for young performances that is no longer presented. She went on to star in more than 40 films, most of them before age 12. Later in her life, she followed up her career in show business by serving as a diplomat under four presidents. Temple died at the age of 85 in 2014.

“The Shirley Temple Blue Diamond is an exceptional stone in quality, rarity and provenance. It has been an honor to share its story with collectors, connoisseurs and Temple’s loyal fans over the past few months… Unfortunately, tonight wasn’t its night in the salesroom, but we remain fully confident that it will find a buyer.” the auction house said.

In a star-saturated media climate, with so many new names breaking out young on platforms like Youtube, the Shirley Temple phenomenon is perhaps no longer in effect. Perhaps a long nostalgic fan, brought up on a diet of silver screen icons Greta Garbo and Katharine Hepburn may want to pick up the gem in the future.