The muscle car goes under the hammer for a good cause, while paying tribute to a fêted pilot and his plane. 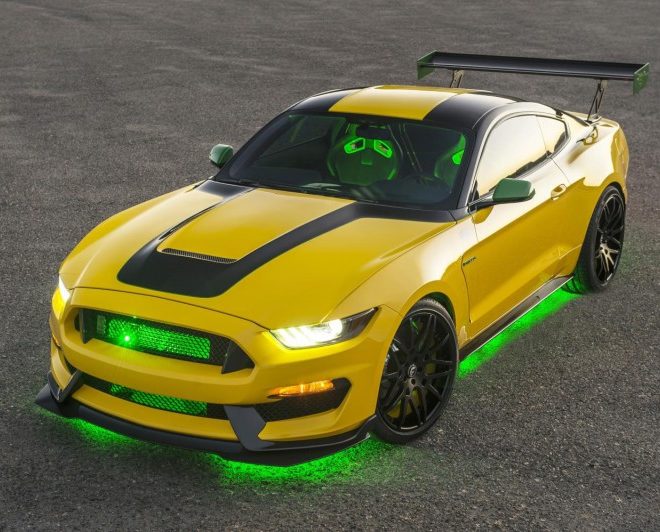 Bred from a Shelby GT350, the latest Ford Mustang special edition is a salute to the skies; more precisely, the “Ole Yeller” P-51D Mustang – one of the fastest American planes to soar through the skies – and its pilot, the legendary Bob Hoover.

“This year’s one-of-a-kind Ford Mustang honors two aviation greats, the iconic and historic P-51D Mustang fighter plane, and highly decorated fighter pilot, test pilot, and air show performer, Bob Hoover, who is referred to by many as one of the greatest pilots ever to have lived,” said Edsel B. Ford II, a member of the Ford board of directors. A little crash course in history on this fabled plane. The US-made plane was a single-seated fighter-bomber that participated in conflicts, including World War II, and has since retired from its combat duties for something a little more lighthearted: air shows. Ole Yeller was one such plane, so-called because of its sprightly yellow exteriors. Robert A. “Bob” Hoover piloted the plane for more than 20 years and is best known as the father of modern aerobatics and for setting a record of flying from coast-to-coast in the States in five hours and 20 minutes. You might think that as a one-off (only one of these will be made), the car might feature lots of tweaks and perhaps outright full-on changes. You’d be wrong. The changes made to this peppy car are only limited to its façade and interior furnishings. Besides the “Ole Yeller” paint finish, the body receives unique carbon-fiber accents and badgings, with projectors in the wing mirror housings that shine images of the aircraft. Inside, expect specially-designed Recaro seats, aviation-inspired gauges and custom door sills. The 5.2-liter naturally aspirated V8 delivers the fire of 526 horses, which alongside a TREMEC six-speed transmission and specially-tuned sport suspension, is guaranteed to give a performance befitting its rowdy disposition. That Ford would offer a Mustang in tribute to the P-51D Mustang for a great cause is not a coincidence. The American automobile firm has been supporting Experimental Aircraft Association’s (EAA) annual ‘Gathering of Eagles’ for nearly two decades now, and have donated commissioned Mustangs for auction to raise funds to groom the next generation of pilots and aeronautic designers. “We’re truly grateful Ford is, and has been, such a committed sponsor of EAA and AirVenture for more than 16 years now,” said Jack Pelton, EAA CEO and chairman of the board. “With its ninth Mustang donation, Ford has definitely delivered something exceptional that any auto or aviation enthusiast would love to own.”