The actor sold two Basquiat pieces from his art collection at Christie’s June 29 as part of the auction house’s Postwar and Contemporary Art Evening Sale. 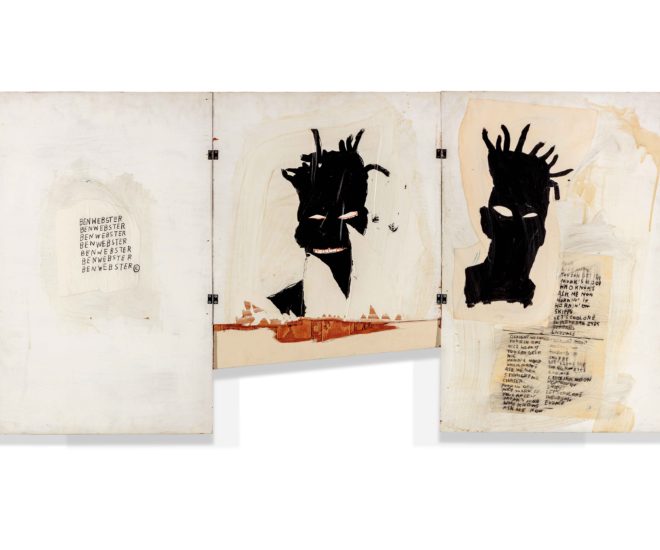 Basquiat’s work has been surpassing price estimates for years, and 2016 has seen yet another record broken for the late artist. In May 2016, his “Untitled” was auctioned for $57,285,000: the most expensive Basquiat piece to date.

The works under the hammer Wednesday, “Pork” and “Self Portrait,” were both produced in 1981, a pivotal year in the development of the young American artist, who was brought to the attention of the art world via René Ricard’s “The Radiant Child” publication in ArtForum magazine.

At the auction, Basquiat’s “Self Portrait” was sold for $4.7 million to Acquavella Galleries, well above the estimated price of $1.9 million, after heated bidding saw eight buyers compete for the painting. “Pork”, the highest-selling piece of the evening, went for $6.8 million to an unidentified telephone bidder. The actor and art lover Johnny Depp originally bought Basquiat’s “Pork” from Blum and Poe in 1998, and picked up “Self Portrait” in 2000 for almost three times over estimate. Over a 25-year period, Depp has built up a collection of eight Basquiat pieces which, along with his entire art collection, are all going under the hammer.

While Basquiat’s prices may seem elevated, they remain relatively low compared to some of his contemporaries of the time (the 1980s and 1990s). Roy Lichtenstein and Andy Warhol (who collaborated with Basquiat) achieve far higher sales, with the former’s “Nurse” selling for $95.4 million in 2015. Warhol’s most expensive pieces are the iconic “Silver Car Crash [Double Disaster]” and “Eight Elvises” which sold for $107 and $109 million respectively.

Almost all of the pieces in the first of the two-day “Post-War and Contemporary Art” auction were sold, with a total sale figure of over $50 million. Edmond Francey, Head of Post-War and Contemporary Art, explained that “Tonight’s results offer real assurance and continued strength to the globalized art market[…]. The response to Johnny Depp’s Basquiats electrified the sale room and we continue to see that for the top works collectors will stretch themselves to the highest levels.”