High-end department store Selfridges is rolling out a new in-house theater as part of its Shakespeare celebrations this year. 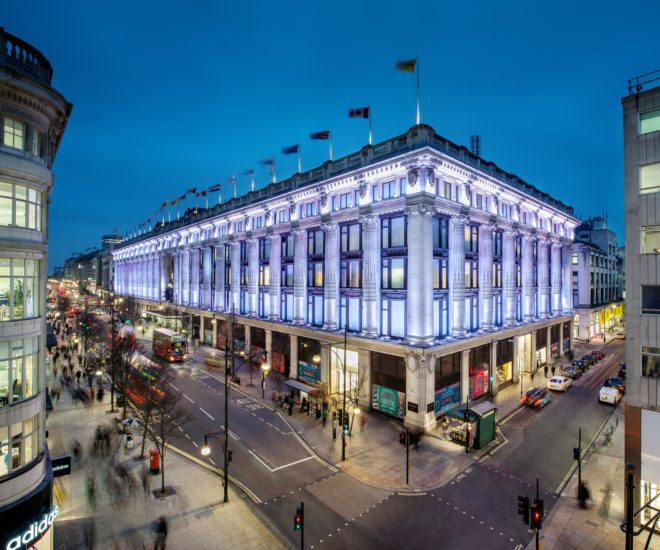 High-end department store Selfridges is rolling out a new in-house theater as part of its Shakespeare celebrations this year. This of course marks a new level of, well, theatrical flourishes for the chain that gave us the modern drama of shopping and legitimized consumer culture in Great Britain.

In collaboration with LG, the Selfridges store on Oxford Street in London will host a new theater until September 24, 2016, as part of their celebrations of Shakespeare’s 400th birthday year.

The new “reFASHIONed Theatre,” located in Selfridges’ 3,500 sq-ft Ultralounge space, will hold 100 seats, and will feature a traverse stage, box office, royal box and a lighting rig to provide an immersive retail theater experience for its customers.

Much Ado about Shakespeare

Customers will be able to watch rehearsals and performances of “Much Ado About Nothing” performed by British theatre company The Faction. Rehearsals will run from July 18 to August 22, with performances taking place from August 23 to September 24. Tickets for the show cost £20 (around $26) which includes a commemorative brochure.

MAC cosmetics professionals will be showing customers how stage makeup is applied, and the Royal Academy of Dramatic Art will host a two-week residency prior to the show, offering visitors speech tuition, stage-craft workshops, acting, dance and on-stage combat masterclasses.

This year, celebrations have been taking place across the world to celebrate the 400th anniversary year of Shakespeare’s death. Some UK-based examples include the British Library’s special exhibition entitled “Shakespeare in Ten Acts”; the BFI’s extended program of Shakespeare on film, and King’s College London’s Shakespeare400, a series of performances, programs, exhibitions and activities to honor the Bard’s life.