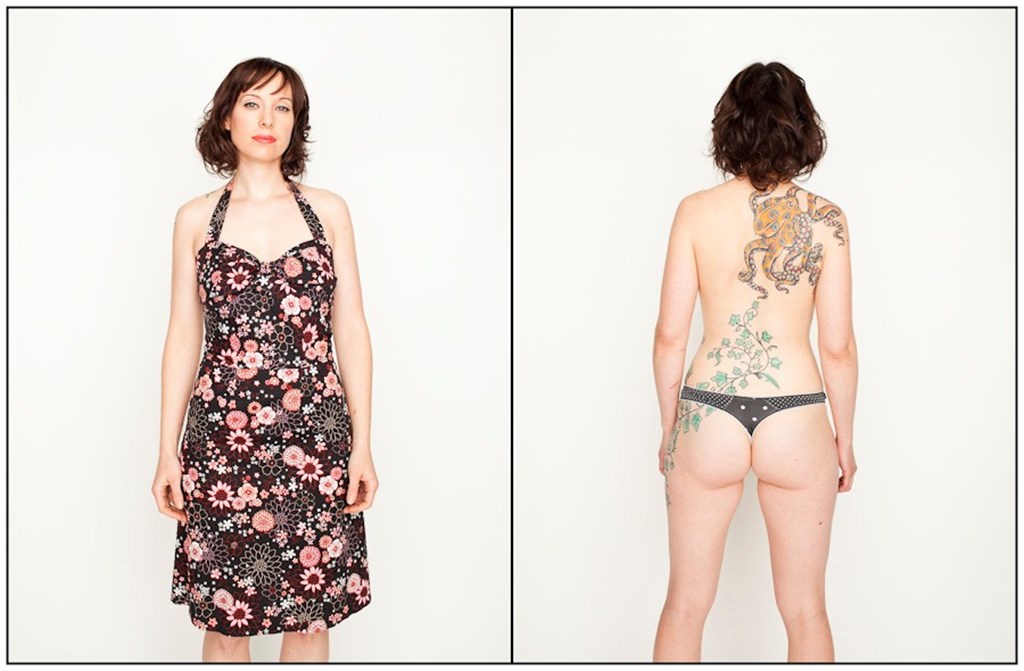 Not many decades ago, people were often intimidated by individuals with tattoos and associated them with gangs and mischief. In today’s modern sociecty, many look at tattoos as a way to express themselves and be free. However, we still feel the need to maintain a professional appearance and to keep these ferocious colours on our skin concealed.

In his photography project titled “Uncovered”,Vancouver-based photographer Spencer Kovats gathered hundreds of such individuals providing them an opportunity to strip down and reveal their undercover ink. For the first shot, Kovats has his subjects dressed as usual. You wouldn’t be able to tell if some are inked or not as their clothing hides most and sometimes all of their tattoos. For the second shot, their clothes come off, unveiling a previously unseen aspect of each stranger’s identity and existence.

Kovats is one of 11 photographers participating in “The Tattoo Project”. A book documenting the process was published in 2012.