The returned art piece marks the fifth of 25 missing works stolen a decade ago. 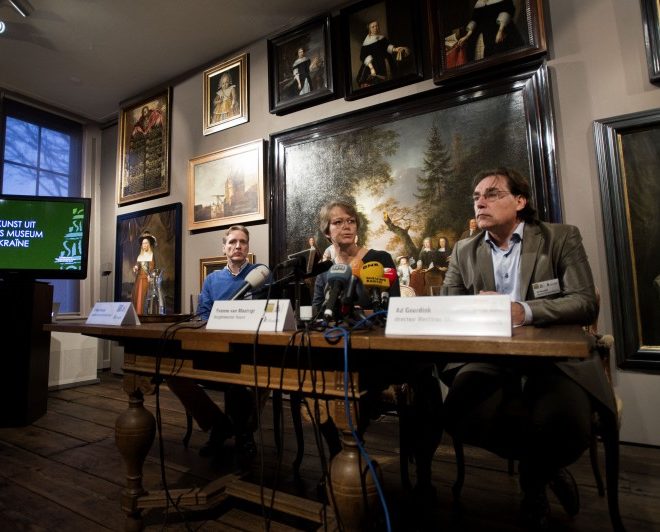 Another Dutch masterpiece has returned home after a decade, apparently after an art buyer turned over the missing 18th-century painting, complete with its certificate of authenticity.

“A Ukrainian resident returned one of the 24 paintings that were stolen from the Westfries Museum to the Dutch Embassy in Kiev,” said Marieke van Leeuwen, spokeswoman for the Hoorn municipality in northwest Netherlands where the museum is based. “The man had brought in the painting in good faith and with a certificate of authenticity.” It is unknown, however, how the buyer came into possession of the painting, Izaak Ouwater’s 1784 piece “Nieuwstraat in Hoorn”, valued at around 30,000 euros ($33,400).

A night heist on January 9, 2005 saw 24 Dutch Golden Age masterpieces and 70 pieces of silverware stolen from Westfries Museum, valued at a staggering total of 10 million euros ($11 million). The Dutch museum suspects the rest of the art is in the hands of an ultranationalist militia fighting pro-Russian rebels in eastern Ukraine. Last July, two men who identified themselves as members of the Organisation of Ukrainian Nationalists (OUN) presented a picture of one of the stolen works to the Dutch embassy in Kiev, the museum said. They had allegedly found the entire missing collection – amongst which included works by landscape painter Jan van Goyen – in an abandoned villa in the conflict-wracked east. Ukraine also announced last month that it has recovered four of the stolen paintings, revealing that they were previously “in the possession of criminal groups”. The OUN has denied possessing the artwork, and Ukrainian authorities have launched an investigation.

Hoorn’s residents were hoping the stolen art would resurface, and that the five returned paintings will eventually be returned to the Netherlands from Ukraine. “We hope to put them on display by the end of the summer, but first we need to see what restoration they would have to undergo,” Van Leeuwen commented regarding the Dutch government officials’ international application for the paintings’ return.

This story was written in-house, based on an AFP report. Picture by the AFP.