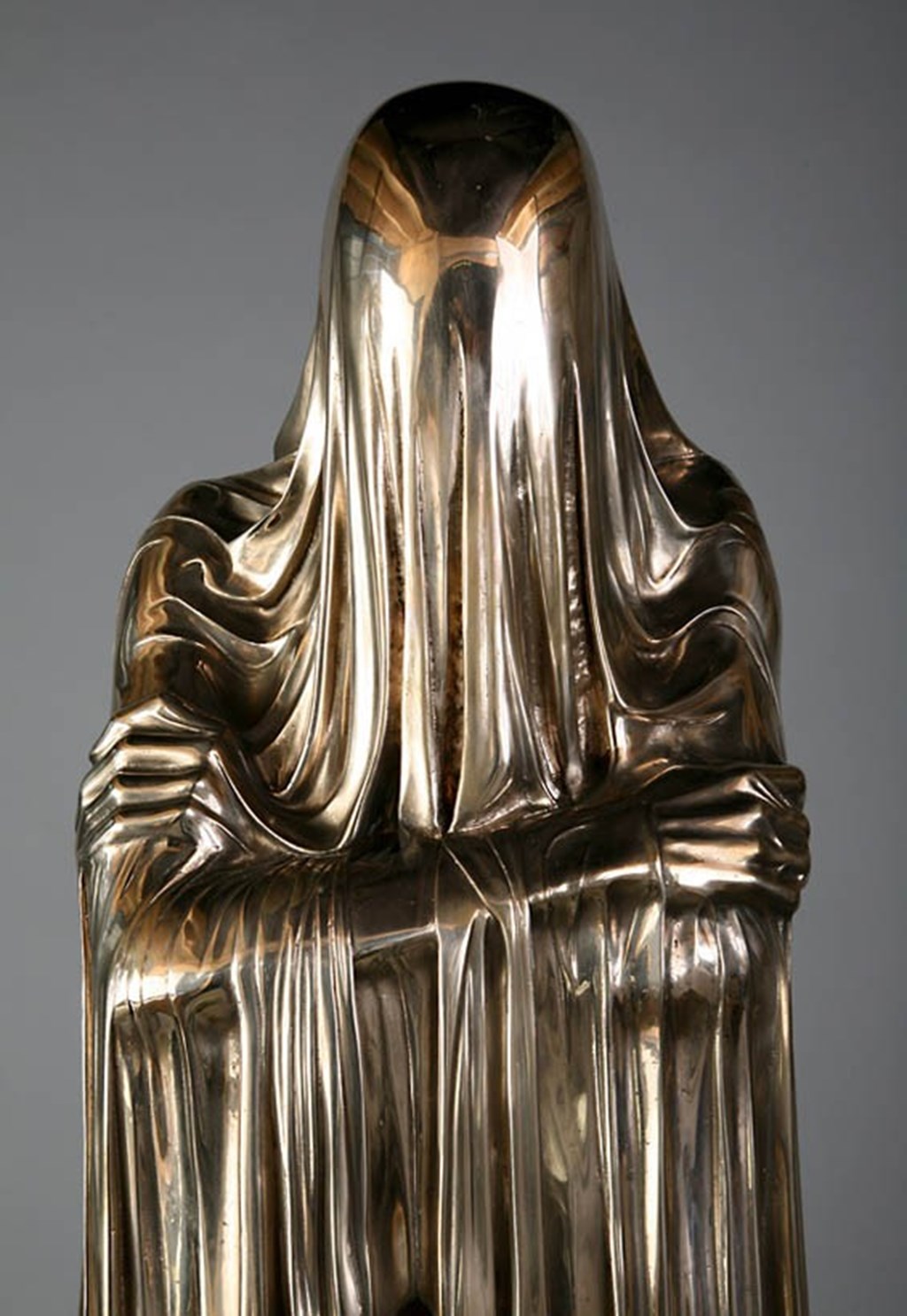 Kevin Francis Gray has translated his sightings on his streets into exquisite marble and bronze sculptures. In using classical sculpting techniques to deal with his contemporary subject matter, he creates striking and unique figures that distort the familiar. He covers the sculptures with beaded veils or draped cloth, surrounding each figure with mystery and intrigue. His piece titled “Ghost Girl” resembles Greek and Roman sculptures, but also brings to mind that of a city girl. Her arms are casually wrapped behind her back but also bear the markings of self-mutilation. Each figure seems to embody a different aspect of modern day perils, imbuing each with stark emotions that are not common in traditional Greek sculptures.

Gray explains:” One of the subjects has intense agoraphobia. Another was the first subject whom I really, truly didn’t like. He was so dark, a complicated psychopath. But I was determined to capture that. Some of the subjects could only sit still for an hour, because they had to go get high or whatever…What I’m trying to do is create a juxtaposition. The surface is glossy and consumable, but look deeper beneath that and you’ll see a darker underworld.” See more of his works here.