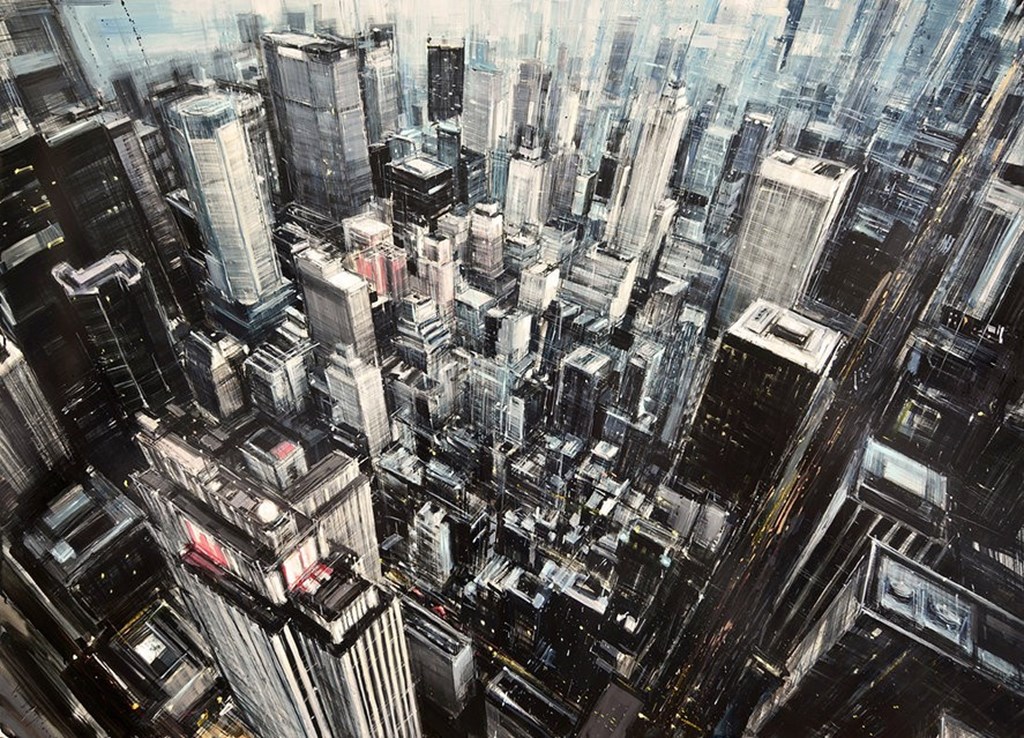 Ever tried navigating through the City That Never Sleeps? If you have, I’m sure you’d agree that it is no easy task. The hustle and bustle doesn’t help boost the process either. It’s likely you’d get lost in these cities just as it is likely to get lost in these paintings by Italian artist Valerio D’Ospina. Based in Pennsylvania, he paints dramatically blurred cityscapes of New York, cities in Italy and vehicles in them in order to capture the motion and hubbub of the surroundings. Born in Taranto, a city in southern Italy, D’Ospina was first introduced to the world of art at Liceo Artistico Statale “Lisippo” where he received an artistic diploma. He later went on to obtain a BFA in Florence and also an MFA equivalent. After teaching Classical Drawing and Painting for awhile, D’Ospina decided to focus exclusively on painting and showcasing his work. He most recently had a show last year at the Mason Murer Fine Art Gallery in Atlanta, Georgia. Since July 2009, Valerio is established in US where he lives and works.