Royal Hong Kong Yacht Club has selected its first sailors from a provisional pool of 12 to join RHKYC Team Agiplast, the Club’s challenge for the Youth America’s Cup 2020-2021. 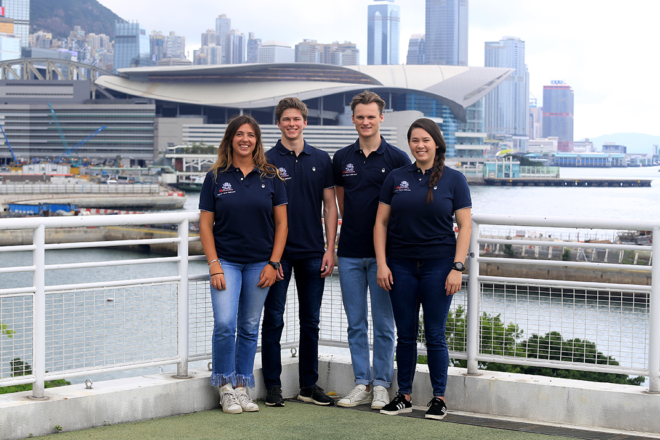 The original 12 applicants were interviewed over the internet in late March and questioned about their sailing experience and their understanding of foiling boats, with nine selected to progress to the physical assessment including pull-ups, bench presses, shoulder presses, body weight squats and speed trials on a Concept2 rowing machine.

The seven Hong Kong-based candidates undertook the physical assessment over the Easter weekend involving various exercises, and the two overseas candidates also carried out the same exercises in their locations when restrictions allowed.

RHKYC Team Agiplast intends to have a permanent crew of two male and two female sailors, with an extended six-strong crew featuring another male sailor and female sailor. The allocation will be reviewed in September, giving Head Coach Chris Rashley time to consider the sailors’ performance in fitness and team building between now and then.

Gregor is a well known youth sailor in Hong Kong and has competed in over 30 international regattas and has foiling experience. In recent years, the Hong Kong-born sailor was U-17 world champion and third Overall at the 420 Class World Championships in 2015, sixth overall at the 29er Class World Championships in 2018 and fifth overall at last year’s Waszp class European Championships. Gregor was awarded the RHKYC’s Tom Larmour Award for Young Sailor of the Year in 2013 and the RHKYC Sharks Best Performance Award in 2014 and 2015.

Jacobsen was the Waszp European Champion 2018 and last year came second in Foiling Week and third U-21 and ninth overall at the International Waszp Games. He’s currently ranked ninth on the Waszp SSL ranking.

Truhol also has extensive international sailing experience and has come up through the RHKYC’s youth sailing team, the Sharks Squad. Truhol has trained and competed overseas since 2014, including in 13 countries during her gap year.  She was 18th out of 65 at the 2017 European Radial Youth Girls Championships, fifth at the 2017 Asian Sailing Federation Cup Women’s Radial and third at the 2017 Hong Kong Race Week Laser Radial Open. Truhol won the Tom Larmour Award in 2016. 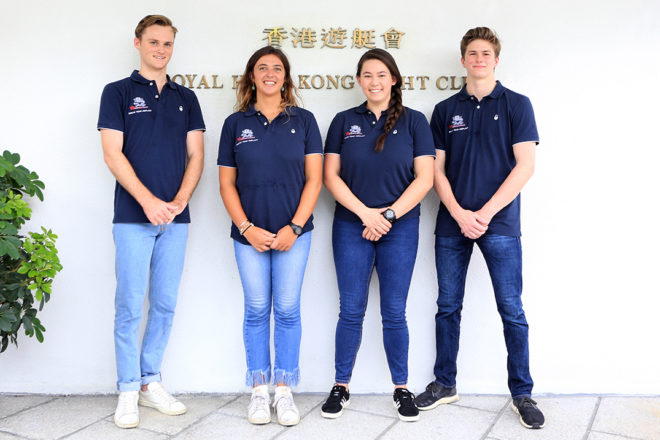 The four pictured sailors are also joined by Aymeric Gillard

Aymeric Gillard also has international regatta experience, winning the 29er Worlds in Canada. Gillard has experience in the Red Bull Foiling Generation, Moths and Waszps, and has designed his own foiling craft. He was also a member of the Hong Kong 29er sailing team for three years and received the Tom Larmour Award in 2012.

Lucy Sutro, RHKYC’s Rear Commodore (Sailing), said: “The physical assessment was tough and gave the candidates an indication of the levels of strength and fitness that will be required to handle the AC9F foiling monohull which they will be competing in. The RHKYC is proud and thrilled to have youth members of such a high calibre joining Team Agiplast.”

Training starts immediately with a physical training programme, with on-water training in Hong Kong planned to start later this month.