In the first of a two-part article on yacht insurance, Colin Dawson looks at the consequences of the ‘price war’ of the past two decades.

As many yacht owners will have experienced, the yacht insurance market began a period of change late in 2018, the effects of which are being seen by all owners when renewing and seeking to procure insurance cover. 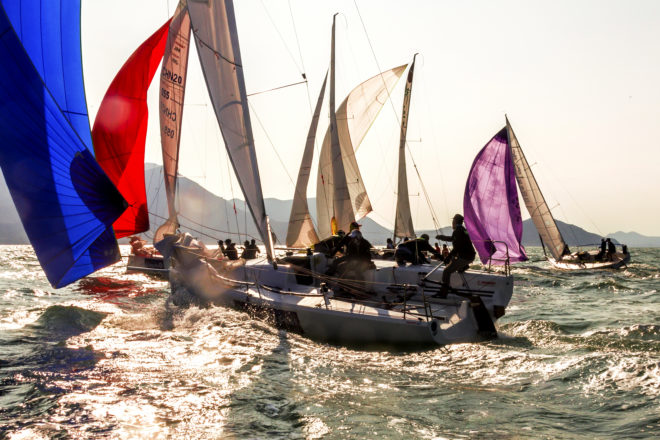 In a two-part article, I look at the reasons for this change, what can be expected in the coming couple of years and what owners can do to minimise some of the more dramatic effects of these changes.

When I started to specialise in yacht insurance in 1997, a typical insurance premium for a newish yacht would be about 1.0-1.5% yearly while cruising, plus 1.5% on the new replacement cost of the mast, spars, sails and running rigging to include racing.

This came with a deductible of 1% with cover on basic Institute Yacht Clauses, Named Perils clauses dating from 1985. There were few underwriting yachts and the choices of cover and expertise were not wide ranging, although a couple of insurers had new ‘All Risks’ policy wordings.

Things began to change around the new millennium as more insurers released their own wordings, giving far wider levels of cover while capacity poured into the yacht insurance market, which gave a higher return than the commercial shipping insurance market.

Added to this, interest rates were falling, meaning investors were looking for returns from areas other than banks. Of course, this encouraged competition and the race to the bottom began.

Prices fell, cover widened and underwriters opened their doors to as much business as they could take. Furthermore, insurance brokers and agents gave commissions back to win business. With all of this, clients were increasingly able to add pressure to push down premiums.

The market entered a period – that would run through to the end of 2017 – where all a broker needed to do for a motor yacht risk was to ask an insurer to release terms that another broker had worked hard to negotiate, rebate half of his commission and present these to an owner’s secretary to win the account.

There was precious little thought given to who the provider was or their knowledge and experience. As long as the price was cheaper, this often won the day, with potentially disastrous consequences if something went wrong.

The secretary had little time to really read and understand what the cover was. In fairness, a complex insurance contract for a multi-million-dollar asset really should have been dealt with by someone qualified to handle such legal agreements.

Clients also began giving their business to friends who happened to do other types  of insurance and now wanted in on yachts, whether they knew about yacht insurance or not.

Sailing yacht owners were different and tended to handle their own insurances, no matter the size of yacht, although like motor yacht owners they were also happy to see premiums fall.

The only sector that didn’t really see much of a change in this period were cruising yachts in the 50-80ft range that raced offshore. As premiums dropped year after year, the claims kept rolling in. The above is a generalisation, but pretty much sums up the state of the market for the 20 years leading to 2018.

In 2017, there was a dreadful hurricane season in the USA and major catastrophe losses from all around the world including a series of significant fires aboard superyachts on a worryingly regular basis (averaging one a month), added to regular claims such as lighting, ‘new’ rocks, racing losses, crew and engine damages.

Lloyd’s began to worry and warnings were sent out to insurers to do something about it.  At the end of 2017, we began to see a change. Premiums were no longer automatically reduced and there were even small increases in premiums, something most in the yacht-insurance market had never experienced before.

The 20-year price war was coming to an end, but had it been a good thing for the consumer? Probably not, to be honest. While premiums were cheaper and the cover broader, many of the brokers, agents, insurers and others in the market were not specialists, leading to difficulties with claims and confusion over the actual cover that was provided.

Had the market operated in a more sustainable manner, we would not be seeing the steep changes we’re seeing. Owners now finding they can’t get insurance would not be in this position.

There would also have been enough reserves in the market to allow insurers and brokers to employ more specialists, leading to greater choice and better-quality service from their insurance providers.

In Yacht Style Issue 49, part two of this article will focus on what to expect in the next couple of years and what owners can do to help minimise the effects of the more dramatic changes.