There’s a new sheriff in town, and it’s the fastest car in the world, according to the Guinness World Records. 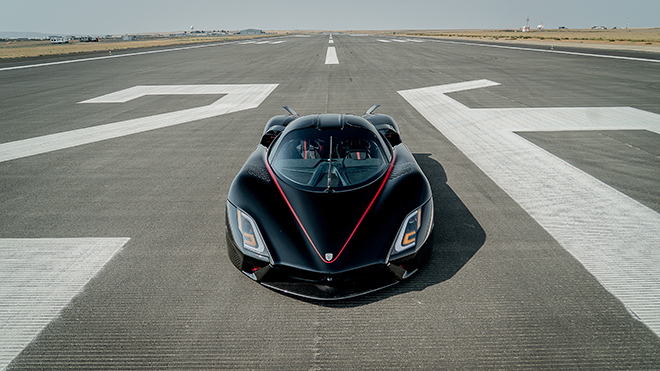 The unbeatable has finally met its match. Long gone is the sensational record-breaking run that exceeded the magical threshold of 300 miles (482,80 km) per hour, the esteemed Bugatti Chiron Super Sport 300+ has officially been dethroned by an unlikely adversary. 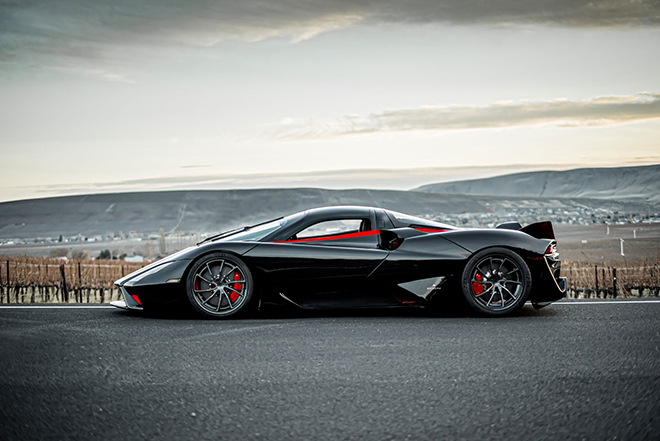 Crowned the all-new fastest automobile on the planet with a barely-believable two-way average speed of 316 mph, the SSC Tuatara marks over a decade’s worth of research and development to produce a road legal, high performance vehicle capable of delivering an otherworldly driving experience. Influenced by fighter jet aerodynamics and performance the Tuatara inspires a sense of both intensity and simplistic design with a striking profile, futuristic function and timeless form. 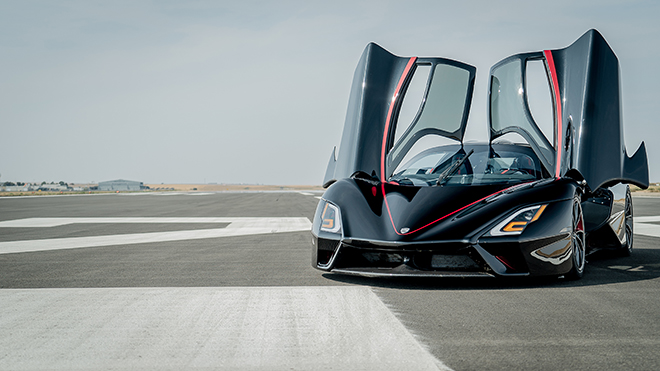 Weighing a mere 2750 pounds, this road beast was conceptualized in collaboration with world renowned designer Jason Castriota and is powered by a 5.9-liter twin-turbo V8 producing at least 1750 horsepower. Showcasing an abundance of alluring curves and aerodynamic qualities, whilst maintaining a unique profile that stands out from the rest, the SSC Tuatara is characterized by butterfly doors and spacious cab egress, making it a stunning curbside attraction. 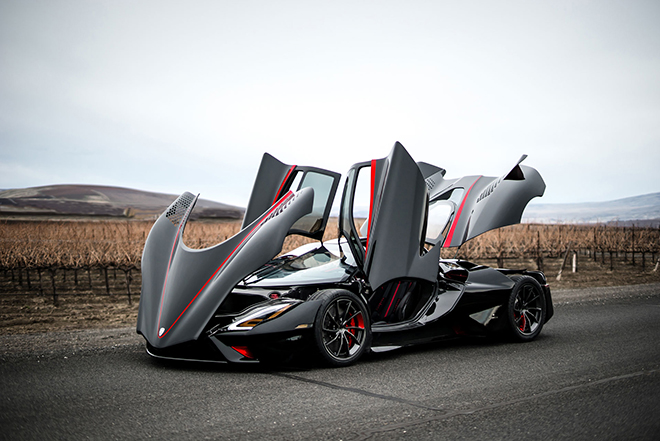 Concealed effortlessly beneath front and rear deck lids, the SSC Tuatara houses a robust carbon fiber monocoque and intricate suspension system, alongside a palatial storage compartment for luggage and other possessions. 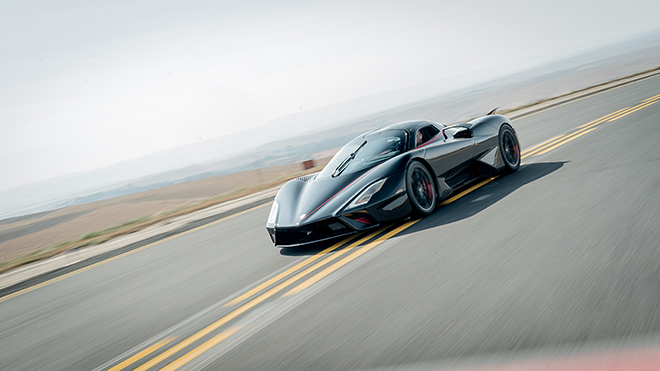 Boasting a coefficient of drag lower than any other car in its class, the Tuatara provides drivers and passengers with sweeping views of their surroundings through a state-of-the-art teardrop canopy, whilst the Human-Machine Interface facilitates critical driving and vehicle information on a dedicated digital driver display. 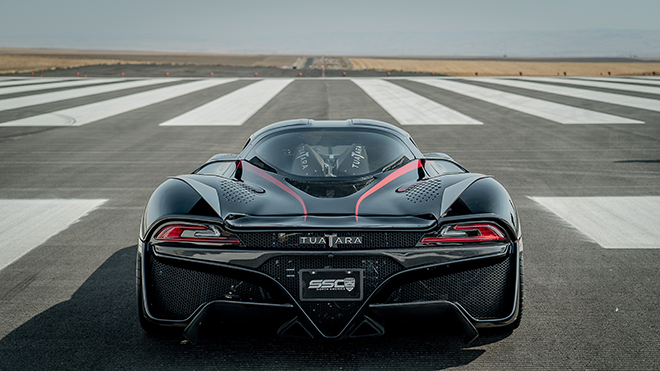 Running in both directions consecutively according to the criteria set by Guinness World Records, SSC has successfully clinched its much sought-after title, managing top speeds of 301.07 mph and 331.15 mph without hassle.