The car company and its official timekeeper celebrate the Le Mans 24 hour endurance race with their own limited edition pieces. 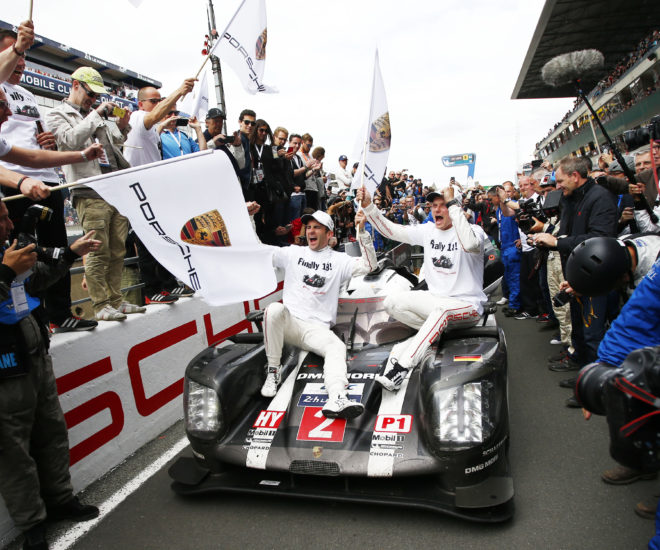 The Le Mans 24-hour race is possibly the ultimate on-track test for drivers out there – forcing them to undergo intense non-stop racing in order to challenge the endurance of both man and machine. Speaking on non-stop, Porsche has been enjoying a non-stop winning spree here for a long time already, enjoying a record-breaking 18th victory at this year’s race. Coupled with that win, though, Porsche and their official timing partner Chopard are announcing limited editions inspired by endurance racing. One of this is the limited edition called the Porsche 911 Endurance Racing Edition, and the other is the Chopard Superfast Chrono Porsche 919 Black Edition. Since 1964, the Porsche 911 has always kept its basic outline and engine position, proving that it maintained an enduring appeal and stature from the very start. Even then, the special exclusive arm of Porsche aimed to create a model that can enjoy the best possible track performance on the road. In other words, the goal was always to create a race car that was also road-legal. A sneak peek was offered at Le Mans but it will be properly showcased at next weekend’s Goodwood Festival of Speed.

Taking the Carrera S as a starting point for further modification, it keeps the stock 3-liter flat-six twin turbo powerplant. This gives it 420hp as well as a 191mph top speed; power and the acceleration are improved via a revised chassis.

The model rides 20mm lower than standard, and comes with the Porsche Dynamic Chassis Control and Active Suspension Management systems. With this, power is always going to the wheel with the most traction, and wheels can be pushed up or down to either ensure contact with the road, or cancel out excessive force. It also introduces rear-wheel steering as standard. This provides quite a bit of flexibility in the various scenarios encountered on the road.

There’s also the Sports Chrono package, allowing the owner to time laps, perform racing starts, and even have a ‘boost function’ at their command. This function is entitled the “Sports Response” and will push out everything the engine’s got in one 20-second blast upon activation.

The interior will be fitted with black leather and subtle red accents, as well as carbon fiber. For the sake of the driver, there are quite a few comforts such as a sliding sunroof and parking sensors. Even more of a joy for serious drivers though, is the inclusion of seven-speed manual transmission as standard. As the official timing partner for Porsche, Chopard aims to celebrate their legacy of speed with their own Superfast watch collection. The Black Edition is a 100-piece limited series exclusively available at their boutiques. It combines the aesthetic codes of the new Porsche prototype with the special precision for which the watch company is well known. A sleek 45mm diameter case made of titanium houses the Chopard Calibre 03.05M. This mechanism was desgined like an authentic engine and features a self-winding chronograph movement delivering a substantial 60-hour power reserve. It also features a flyback function. To further improve on its endurance, the case has also been bead-blasted and blackened by a DLC (diamond-like carbon) treatment – ensuring scratch-resistance. It is water resistant to 100 meters so you can go swimming with it quite safely.

This standout chronograph is designed mainly for the passionate racer in mind, even coming with a black rubber strap inspired by slick competition racing tires. No doubt Chopard Co-President Karl-Frederich Scheufele’s own love of racing played a part in the development of the Chopard Superfast Chrono Porsche 919 Black Edition.

Here’s a video that describes the relationship.