The first of Jaguar’s ‘new’ lightweight E-Types has been produced, with six more to come.. 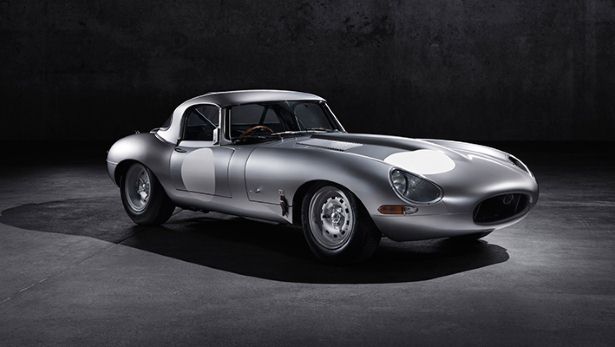 In May, the British sportscar company announced that after a 50-year hiatus it was reviving a project it started back in 1963: to finish building the missing six examples from a set of 18 very special hand-built GT-E-Type cars.

The GT-E-Type was a racing car and in order to take to the track, Jaguar had to homologate it by building a number of models for customers. It set out to create 18 but had only completed and delivered 12 by the end of 1964. Realizing that it had designated six chassis numbers from 1963, Jaguar decided to finish the project and build the remaining cars to the exact specifications of the original 12. Each will be hand-crafted from aluminum and when completed will be FIA compliant for historic motorsports events.

JAGUAR expects demand from collectors to be high for these perfect reproductions and hopes that interested parties will form an orderly queue. The company is yet to reveal pricing but has said that it will give priority to established Jaguar collectors, especially those with historic race car interests.

And, if you’re lucky enough to become one of the chosen six, as well as taking delivery of a very rare car, you will also get an even rarer watch. Jaguar has partnered with luxury watchmaker Bremont to create a set of six bespoke wristwatches using the same materials as the GT-E-Type.