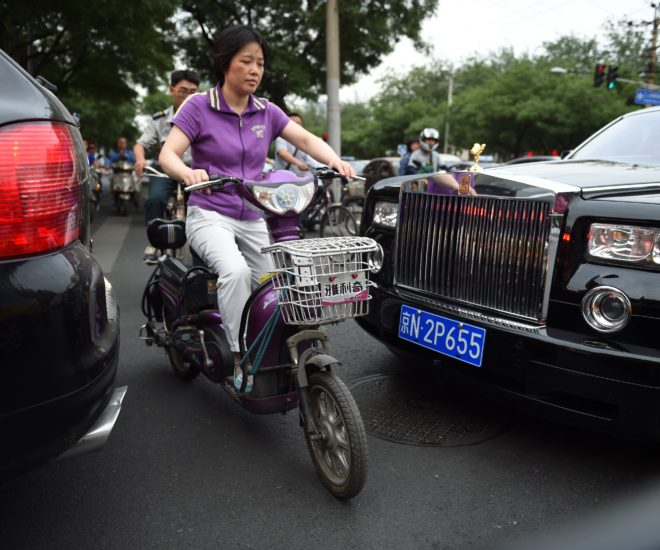 China has imposed an extra 10 percent tax on ultra high-end cars costing over 1.3 million yuan ($190,000) such as Lamborghinis and Ferraris, the government said, the latest step in a wide crackdown on conspicuous luxury consumption.

Under President Xi Jinping the Communist Party has overseen a sprawling campaign against graft and encouraged thrift among the country’s political and economic elites, targeting showy displays of wealth.

The new tax took effect Thursday and was intended to “guide rational consumption” and promote energy-efficient vehicles, the finance ministry said in a statement late Wednesday.

“The tax increase is a display of the government’s attitude of advocating frugality,” said Cui Dongshu, secretary-general of the Passenger Car Association, according to Bloomberg News.

China already taxes imported vehicles at a high rate, slapping a 25 percent tax on all foreign cars shipped to China.

The duties – and increased competition from cheaper domestic marques – have driven overall car imports down two years in a row, with 850,000 vehicles imported in the first 10 months of the year, down 6.4 percent from 2015, according to customs statistics.

But ultra high-end brands such as Ferrari have done well, with the Italian sports-car maker seeing a 26 percent surge in its second-quarter sales this year, with 160 units delivered.

The extra charge will likely hit Ferrari and brands such as Aston-Martin, Rolls-Royce, and Lamborghini, as well as top-end models of Mercedes and BMW.

They have also become potent symbols of the lavish lifestyles of the nouveaux riches during a time of surging wealth inequality.

A notorious 2012 Ferrari crash that killed the son of a high-level official disrupted a once-in-a-decade party leadership change and precipitated his father’s downfall.

Reports said the son was accompanied in the car by two female passengers, one of them naked.

Some luxury dealers said they planned to stay open all night Wednesday to take orders before the tax came into force.

Passenger vehicle sales in China surged by an average of more than 12 percent annually from 2010 to 2015, but an economic slowdown has reduced the speed, with expansion dropping to 4.7 percent last year with total sales of 24.6 million.