Awarded “best in class” at the Italian vintage car competition Concorso d’Eleganza Villa d’Este, this rare classic car is one of 21 models with all its components and matching serial numbers all intact.

Soon to be auctioned by RM Sotheby is a classic 1956 Maserati Berlinetta Zagato. An extremely rare specimen, one of just 21 ever made. This 1956 Maserati A6G/2000 Berlinetta Zagato began life as a racer and after being treated like the workhorse that it was tuned to be, has undergone over 7,000 hours of restoration to become one of the few vintage classic Italian coupes to be awarded “best in class” at the Italian vintage car competition Concorso d’Eleganza Villa d’Este. Now, this classic car is going under the hammer at RM Sotheby’s Monterey sale for almost £4 million.

“This (1956 Maserati Berlinetta Zagato) is one of only a very small handful, 4 or 5 of these cars, that has always retained its original engine and gearbox.” – RM Sotheby’s Auctioneers

Named for Alfieri Maserati (one of the founding Maserati brothers), the Maserati A6 were a series of grand tourers, racing sports cars and single seaters made by Maserati of Italy between 1947 and 1956. The Maserati A6G this classic car is descended from, were a series of two-door coupe and spyders and this particular 1956 Maserati Berlinetta is bodied by Zagato.

Founded in 1919, Zagato is a famed, independent coachbuilding company and design center located northwest of Milan and the 1956 Maserati A6G/2000 Berlinetta Zagato they built was just one of 21 originally produced for racing. Zagato had a special background in aeronautics and thus, the coachbuilder began using their engineering know-how on automotive racing builds, eventually focusing on Grand Tourers in the 50s. At one point, , Alfa Romeo, Abarth, Aston Martin,, Ferrari, Fiat, Jaguar, to name a few, all sported Zagato GT bodies. 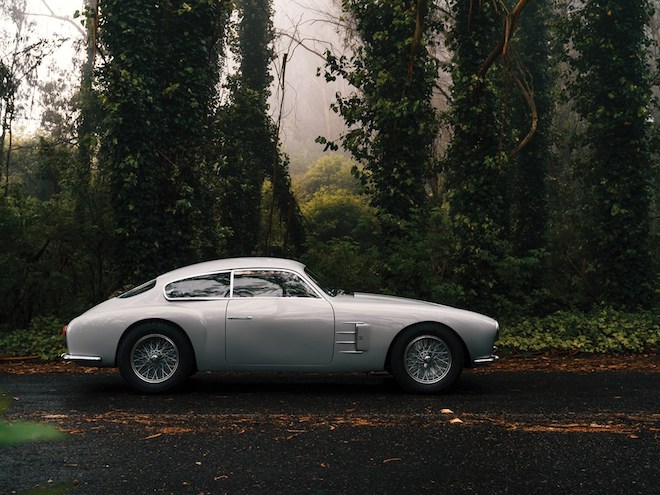 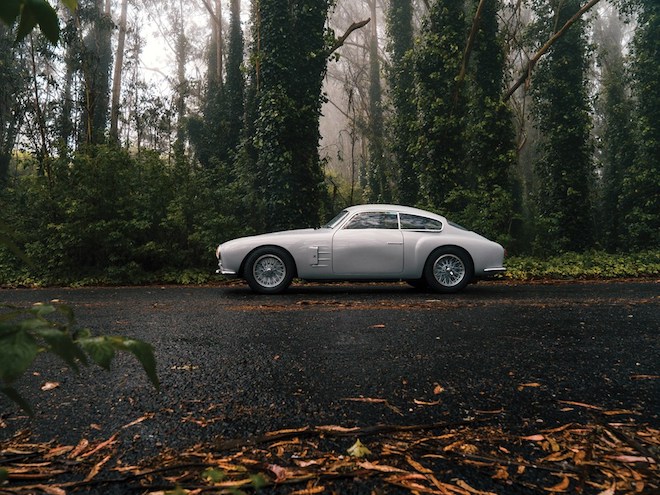 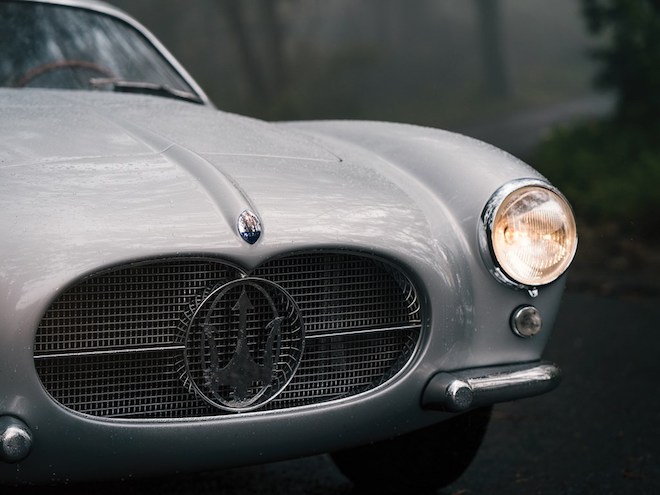 This 1956 Maserati A6G/2000 is made with lightweight bodywork. Equipped with a A 2-litre straight-six (120 bhp) engine,  the G denoted Ghisa, which meant that it was a cast iron block. Nevertheless, Maserati entered the classic car in factory default condition into the 1956 Mille Miglia competed successfully where it eventually went on to race in other competitions under private ownership. 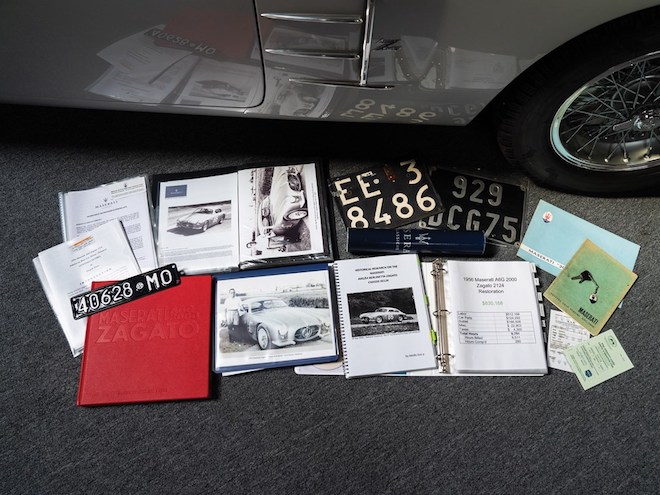 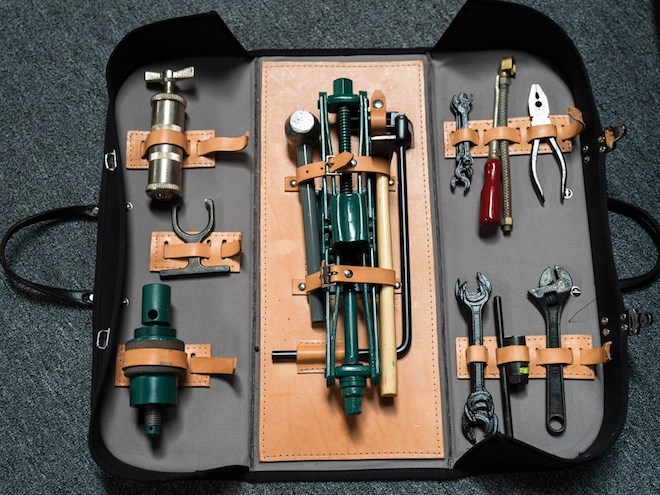 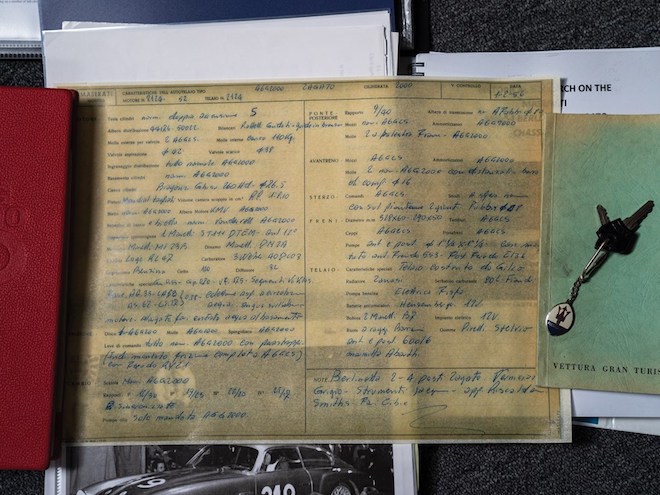 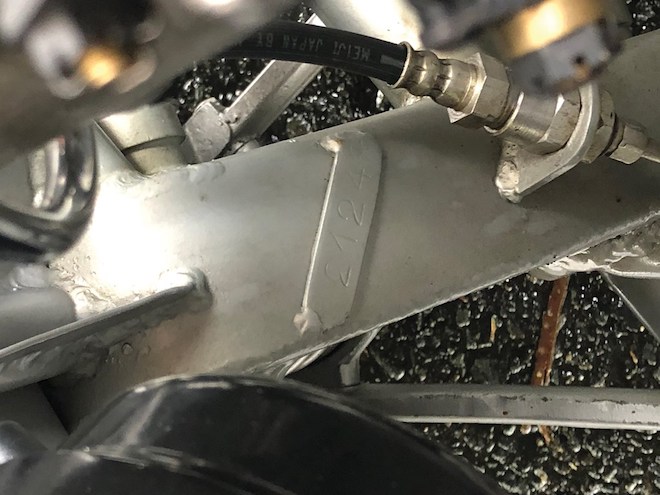 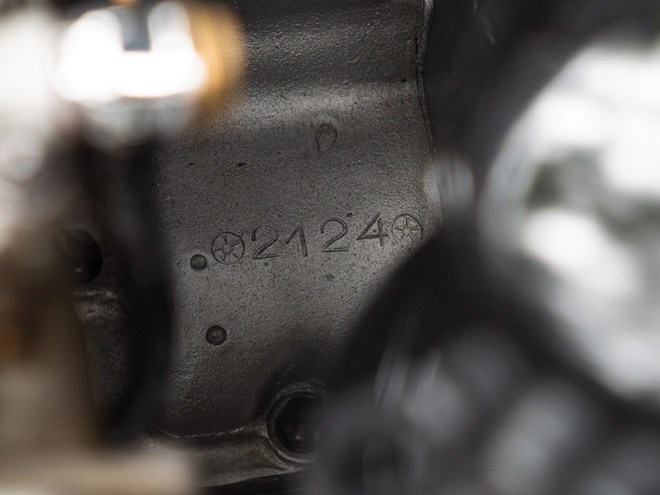 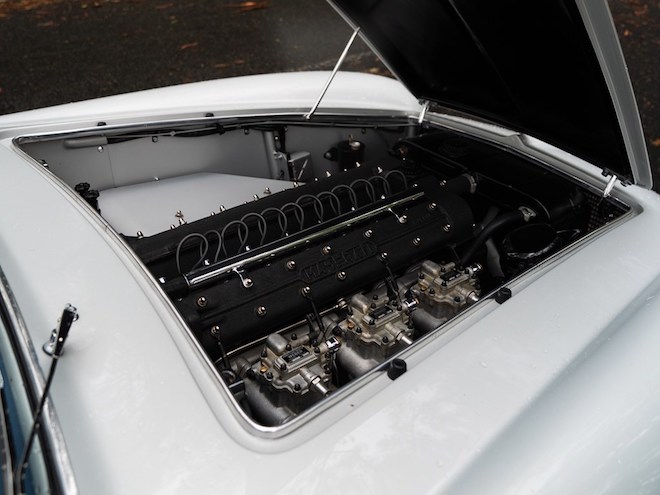 The 62 year old Maserati A6G/2000 Berlinetta was hand-built by Zagato where artisan coachbuilders hammered each and every one of its aluminium panels by hand, making it one of the few handmade cars left in the world. Impressively, despite its provenance, the 1956 Maserati A6G/2000 Berlinetta Zagato still bears all original components, from chassis to gearbox, with matching numbers. According to RM Sotheby’s Auctioneers, “this is one of only a very small handful, 4 or 5 of these cars, that has always retained its original engine and gearbox.” 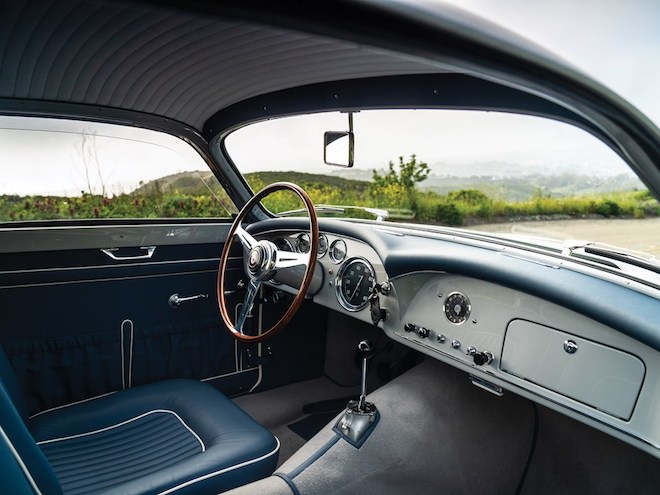 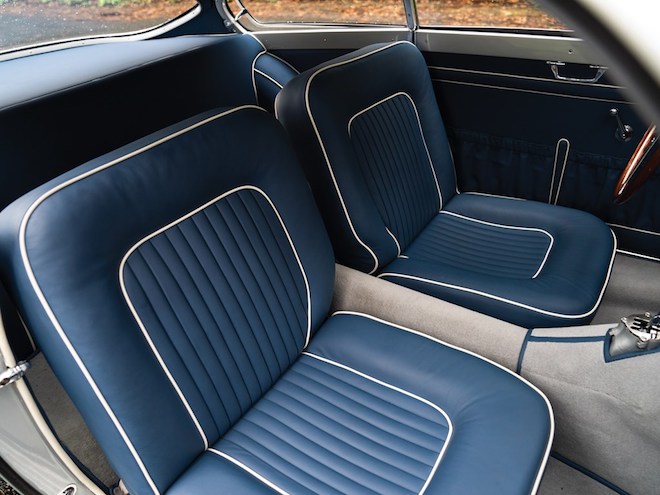 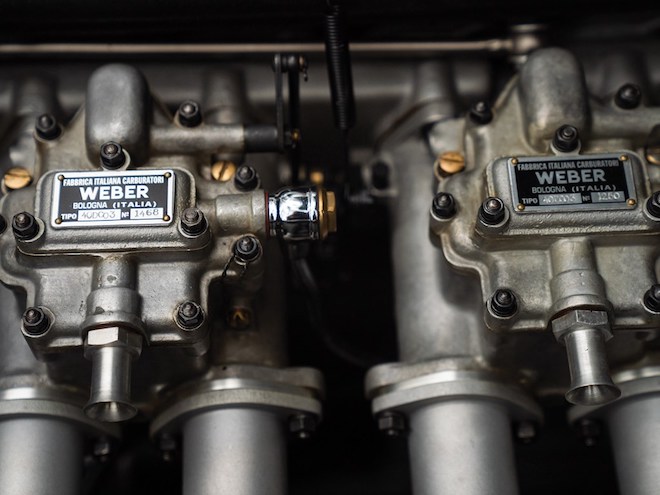 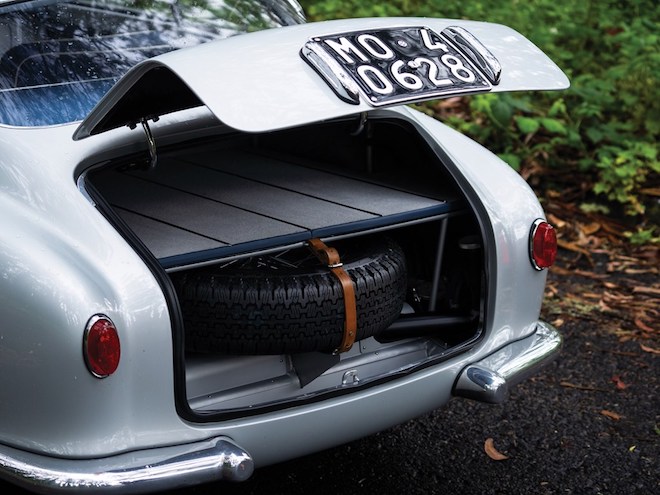 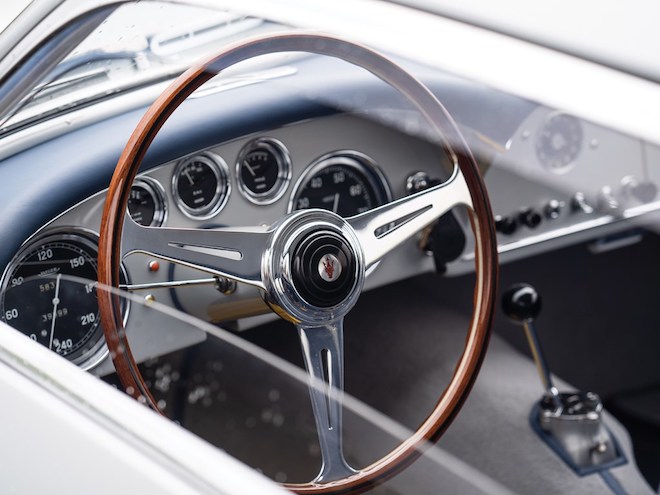 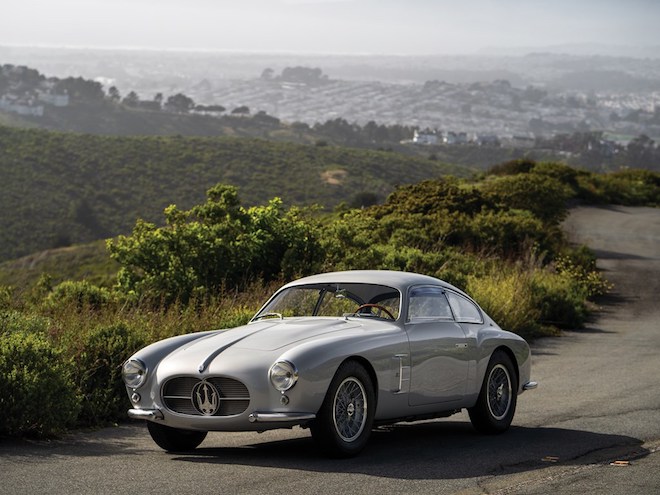 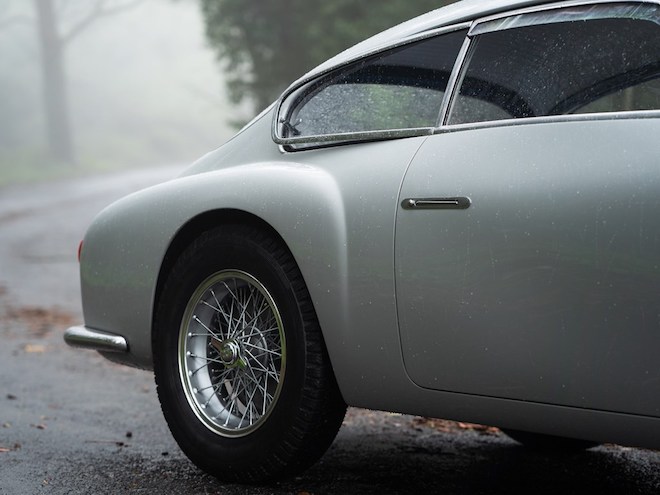 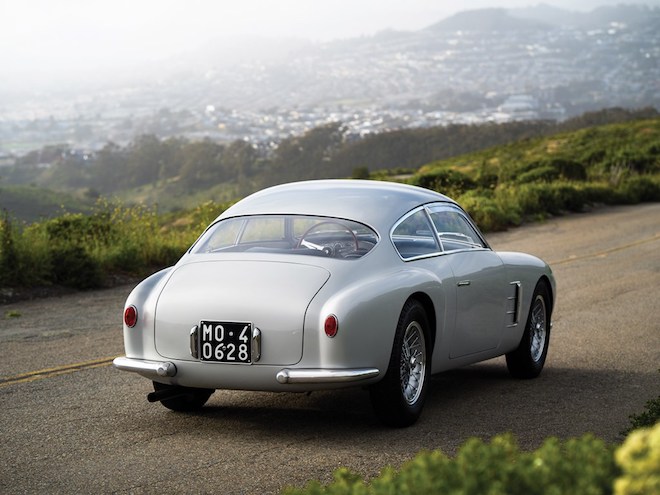 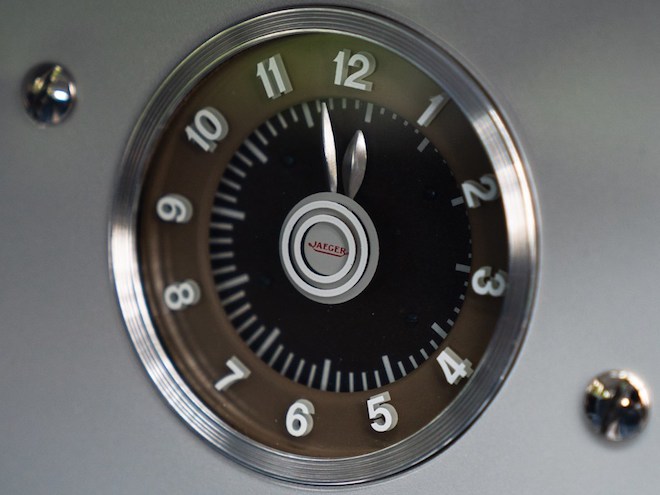