Crystal AirCruises has launched a round-the-world jet tour that will help inaugurate the debut of their Boeing 777-200LR jet, which takes to the skies in 2017. 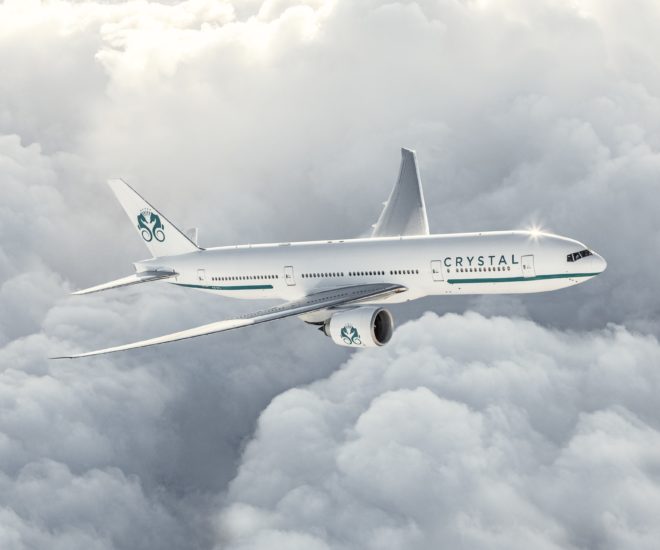 From a private dinner on the Great Wall of China, to a trip to Champagne for a bubbly-soaked luncheon in France, a new round-the-world travel package is being launched for high-rolling travelers with $159,000 to spare.

In partnership with The Peninsula hotel brand, Crystal AirCruises has launched a round-the-world jet tour that will help inaugurate the debut of their Boeing 777-200LR jet, which takes to the skies next summer.

Over 27 days, guests will fly to 10 metropolitan cities that include New York, Paris and Tokyo, for a variety of cultural and culinary experiences unique to each destination.

While staying at The Peninsula Beijing, for instance, guests can learn the art of making dumplings, and participate in a traditional Chinese tea ceremony.

Local insiders such as artists, gallerists, and fashion and jewelry designers, will greet guests and share their personal insights into what makes their city tick.

The launch marks Crystal’s expansion from luxury cruise liners – for which the brand is best known – into the world of luxury air travel.

The Boeing 777 has been reconfigured to convert seats into 180-degree lie-flat beds. The plane will also feature a more social lounge area with stand-up bar and table seating, while in-flight meals will be prepared by a designated executive chef.

Crystal AirCruises is not the first to hit upon the idea of an air travel and hotel tie-up, or expand from sea to sky.