With her timeless features and grace, Jessica Chastain fully inhabits her role as the face of the Prada Resort 2017 campaign. 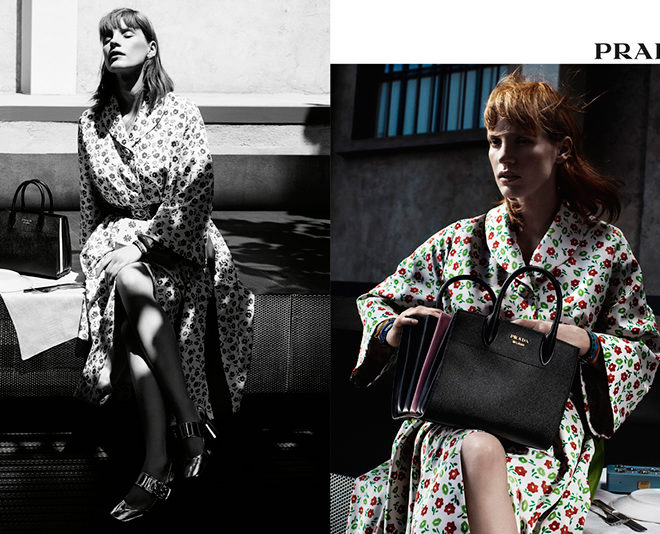 Jessica Chastain, the striking redhead famous for her memorable roles in The Help and Zero Dark Thirty is now a part of the Prada. Her first role as the face of the brand is a breakout performance in the Prada Resort 2017 ad campaign. Set in Milan and shot by Belgian photographer Willy Vanderperre, the campaign situates the actress at various landmarks in Milan, decked out in the brand’s latest threads. Shot both in black and white as well as color, the shots showcase the elegance of Chastain as she channels the Prada woman as well as the contrasting elements of each outfit. The styling captures this clash well by mixing feminine and masculine styles effortlessly which, when paired with Chastain’s old school look, creates a sophisticated campaign.