The next financial crisis could be an opportunity for cryptocurrencies

With asset prices at record highs in developed markets and stocks trading at ludicrous valuations, has the modern global economy managed to shake off the shackles of finite economic growth and development? 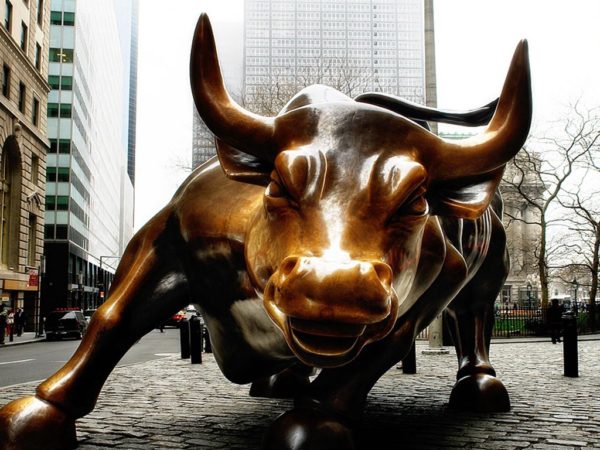 A German proverb goes, “Bäume wachsen nicht in den Himmel,” poorly translated, it says, “Trees don’t grow to the sky,” implying that there are natural limits to growth and improvement. Yet somehow, global economic growth and asset prices seem to be defying this German wisdom. The U.S. economy is on its longest bull run in history and it is oft said that when the last worrier turns into a fully invested optimist, the market has nowhere to go but down. But with asset prices at record highs in developed markets and stocks trading at ludicrous valuations, has the modern global economy managed to shake off the shackles of finite economic growth and development?

At the annual meetings of the International Monetary Fund and World Bank last week, the mood among the glitterati of global finance was somber and with good reason. Old and new superpower rivalries are threatening to destabilize global economic growth, while populism and tribalism have re-entered the global psyche, threatening conflict. Yet the IMF’s World Economic Outlook paints a different picture, continuing to forecast strong economic growth, with global output pipped at 3.7% this year and the next (at purchasing power parity), as it had achieved in 2017. 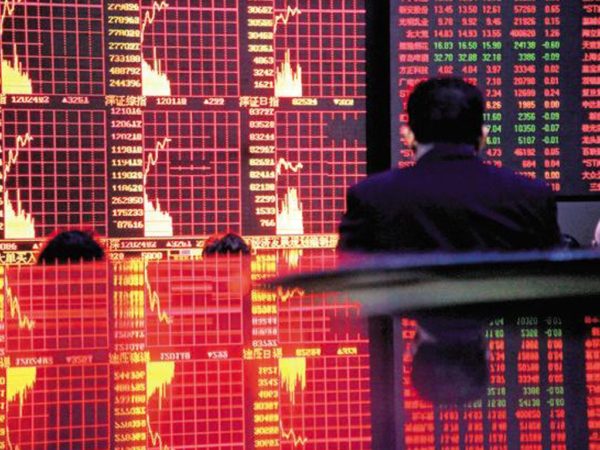 Yet there is sufficient reason to be concerned. Ignoring the periodic U.S.-initiated trade wars, structural problems persist in emerging market economies (as evidenced by the rout of currencies such as the Indonesian rupiah and the Malaysian ringgit) and while most of these problems are due to country-specific weaknesses, there is no guarantee that the risk of contagion to economic regions is assured. Couple that with tighter financial conditions, geo-political tensions and the specter of higher oil prices (many populist governments subsidize energy costs to placate restive populations) and there is sufficient reason for concern. But the problems are not inimical to emerging markets, developed economies such as the U.S. which are experiencing low unemployment could also be in for a surprise if inflation rears its ugly head, at a time when policymakers may be hamstrung in their available tools to come even close to monetary normalization.

“You only find out who is swimming naked when the tide goes out.”

The problem this time may well be that everyone has been swimming naked. The most obvious nude swimmers are those with vulnerable balance sheets — these are easy to spot. The more insidious risks come from companies and financial institutions with off balance sheet items, such as second and third tier banks in China with dodgy loans in questionable vehicles. When the tide and easy money go out, financial and economic distress is inevitable. Already a couple of emerging market darlings have succumbed, Argentina and Turkey being two of the most obvious examples. A big decline in risk appetite, sanctions from any manner of political fracas, trade wars or regional instability could cause a more generalized capital flight.

A rise in risk aversion would affect financial and economic stability. Already, valuations of risky assets seem like works of fiction and balance sheets today seem to be more reflective of corporate aspirations than reality, something which the Global Financial Stability Report makes plain,

“BANKS HAVE INCREASED THEIR CAPITAL AND LIQUIDITY BUFFERS SINCE THE CRISIS, BUT THEY REMAIN EXPOSED TO HIGHLY INDEBTED COMPANIES, HOUSEHOLDS, AND SOVEREIGNS; TO THEIR HOLDINGS OF OPAQUE AND ILLIQUID ASSETS; OR TO THEIR USE OF FOREIGN CURRENCY FUNDING.”

It’s almost as if Satoshi Nakamoto’s (Bitcoin’s eponymous founder) raison d’etre for creating the decentralized cryptocurrency is now more relevant than ever before. If nothing else, we’ve learned nothing from the Great Financial Crisis of 2008. And the U.S. government has not helped by embarking on a highly irresponsible pro-cyclical fiscal expansion on top of what the IMF labels, “already unsustainable debt dynamics.” In a nutshell, Uncle Sam is still printing dollars like they’re going out of fashion. 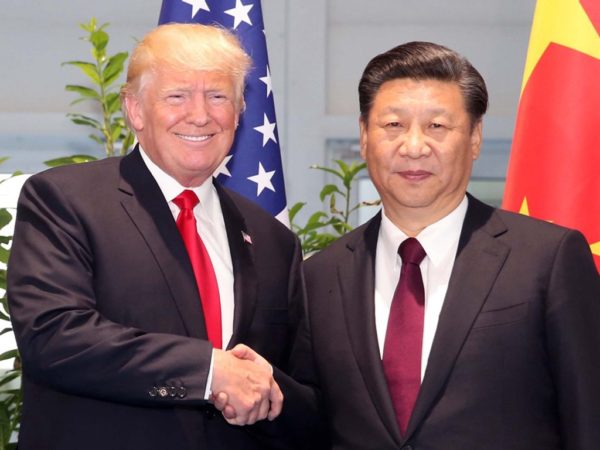 Friends or enemies? Realities are far more complex and fraught with legacy rivalries.

But the blame doesn’t sit solely on the U.S. either. In Europe, leverage in both corporate and government sectors remains high and the Chinese have also not been shy in their borrowings. Important asset prices remain elevated and in the U.S. the cyclically adjusted price to earnings ratio developed by Nobel laureate Robert Shiller remains higher than it has been at any time in 137 years (except for 1929, the late 1990s and the early 2000s — also periods of economic crisis). What all this means is that the world’s economic and financial systems continue to be as fragile as they were in 2008 — and how fragile they are today will only be discovered through experience — the worst form of experimentation.

Against this backdrop, the once thought of as highly speculative digital asset of cryptocurrency suddenly doesn’t seem like such a ludicrous bet. Unlike fiat currencies such as the dollar, euro and reminbi, cryptocurrencies such as Bitcoin are deflationary — meaning that their supply decreases over time, helping to increase the value of the currency. And unlike gold, where new supplies can show up with increased exploration, the supply of Bitcoin is transparent and limited— open to inspection on the blockchain. And while not all cryptocurrencies are equal, privacy-focused cryptocurrencies such as Monero may suddenly surge in value during the next financial crisis as people find ways to transfer assets and value across borders, away from the grubby paws of governments who have plied their trade in fiscal mismanagement.

And while the U.S. Federal Reserve is tightening, there’s no guarantee that such measures are timely or sufficient — especially given the unpredictability and myriad risks facing the global economy today. With populists and nationalists either in office or waiting to assume office, there’s no guarantee that in the face of the next global financial crisis, we will see the same level of co-operation between policymakers as we did in 2008 and 2009. To be certain, the world has attempted globalization over and over again — each time taking two steps forward and one step backwards and at great cost. Just as we seem to be ushering a new era of global peace and prosperity is also when the world is at the greatest risk of falling back into sectarianism, factionalism and introspection.

These are dangerous times and far more so than many now recognize or will give sufficient attention to. The IMF’s warnings of the global economic risks, while timely, are far from a clarion call to action to heed those risks. And as more and more populists take to their bully pulpits, the idea that the global economy can persist with business as usual is fantasy.

While the context and content of the next financial crisis may be hard to ascertain — that it may cause us to reassess what assets are of value becomes a clear possibility. Cryptocurrencies may be the unlikely beneficiary in such a fallout.

Original article was posted on cryptoinvestor.asia.