Headlining the opening of their new Beijing flagship, the Heritage Corum Lab 01 heralds a new disruptive approach for the watchmaker widely recognised for their Golden Bridge and Admiral’s Cup series 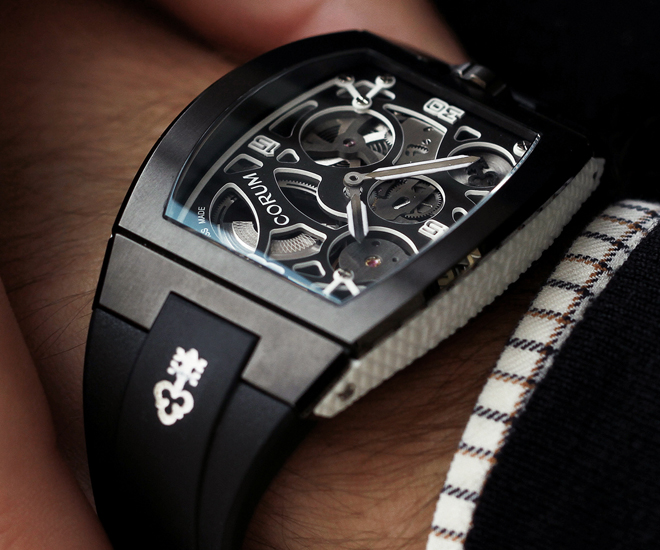 Headlining the opening of the brand’s new Beijing boutique at Macao centre on 13 November, the new Heritage Corum Lab 01 heralds a new disruptive approach for the watchmaker widely recognised for their Golden Bridge and Admiral’s Cup series.

“These are two models which embody our disruptive approach to watchmaking, as evidenced by the juxtaposition of ‘Heritage’ and ‘Lab’. In traditional Fine Watchmaking, the two concepts are never associated with one another. Heritage looks to the past, the lab to the future,” – Corum CEO Jérôme Biard describing the vision for the Corum Heritage Lab 01 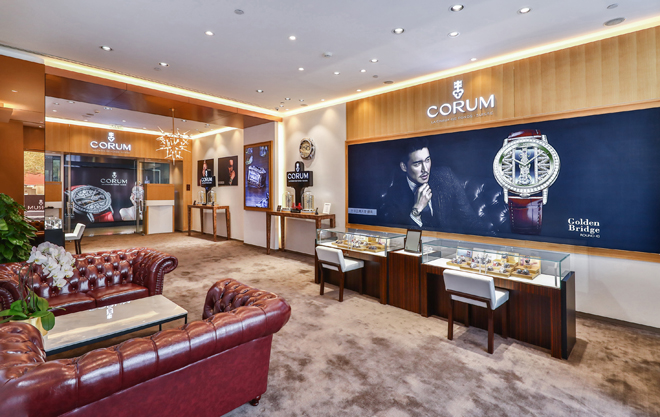 The first model of the newly introduced “Lab” collection unveils a whole new dimension for Corum. The Heritage Corum Lab 01 showcases a never-before-seen contemporary approach for the brand featuring two barrel-shaped novelties, each limited to 99 pieces. 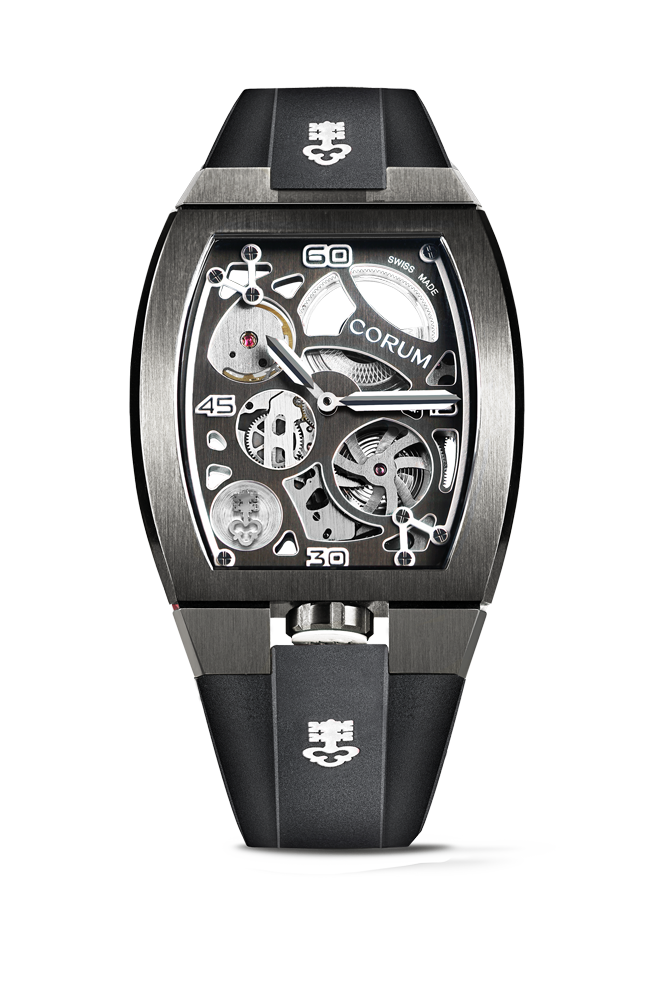 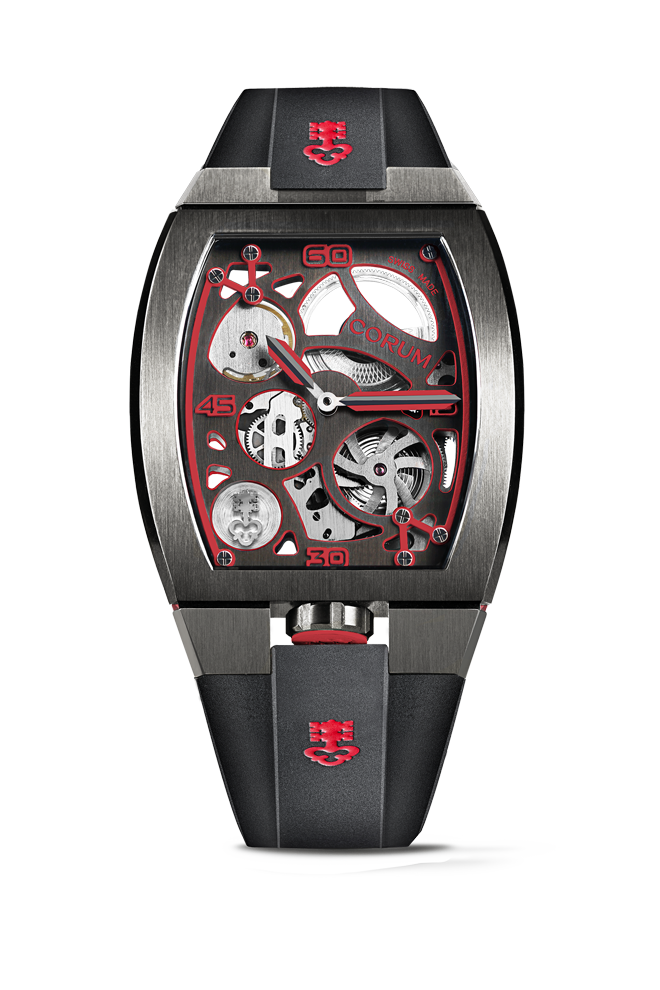 Of the two limited series “Heritage Corum Lab 01” watches unveiled, the first of them enjoys a tonneau or barrel-shaped case made entirely of black DLC, while not exactly uncommon, what remains rare is the extra effort in creating a barrel-shaped movement to fit the case exactly without use of spacers. Here, the new CO 410 skeleton calibre and case are closely intertwined, moulding to the contours of each other. 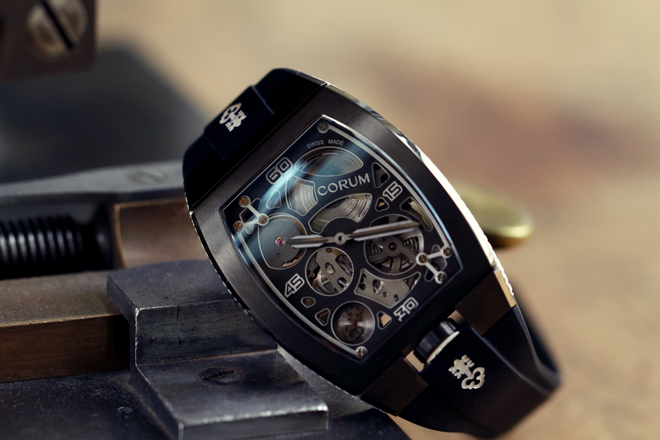 The dial of the new Heritage Corum Lab 01 is skeletal playing up the mechanical elements of the calibre by only displaying the barest of accents – grey anthracite enhanced with either red or white, while mobile elements like the micro-rotor are further accentuated with a unique spiral finish to enhance the illusion of “speed” as it winds up the exposed mainspring.

Speaking to CNN Money Switzerland in May 2018, Corum CEO Jérôme Biard admitted that the brand had taken strategic and product mistakes in the past leading to financial difficulties as a result of poor marketing mix -it appears that with the Heritage Corum Lab 01 exploring a new dimension of the brand, CEO Jérôme Biard has taken his words to heart with a product that might not only surprise legacy stalwarts like René Bannwart and Severin Wunderman but ignite the horological lusts for fans and critics alike. 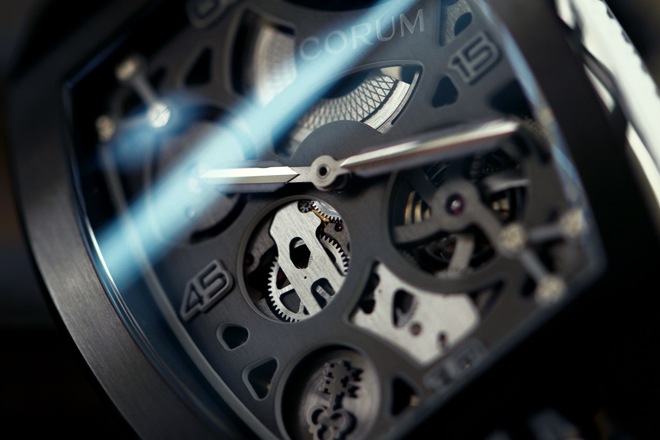