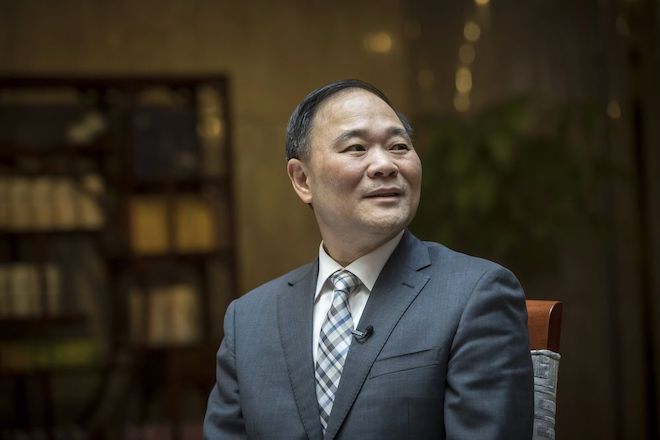 With a net worth of $13.2 billion, Li Shufu, is a Chinese billionaire businessman, and the chairman of Zhejiang Geely Holding Group Co. Ltd. and Volvo Cars.

Li’s global ambitions for Chinese automotive manufacturing goes back as early as 2010 when Geely first bought Volvo from Ford for $1.8 billion and then followed up with a slew of other high profile automotive acquisitions by adding Lotus Cars and a $9 billion stake in Daimler AG to his portfolio and since Jan 2020, announced his intentions on either taking a slice of Aston Martin or having the whole cake. 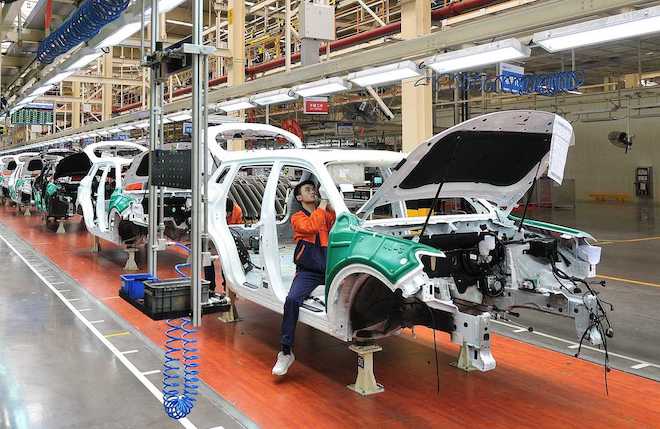 Volvo languished during the first decade of the aughts as Ford consolidated its US holdings and positions, divesting itself of Land Rover and Jaguar, and leaving Volvo with minimal resources and scant investment. Incidentally, Land Rover and Jaguar flourished after their divestiture, a combination of new design language first initiated by Ford and the willingness of Tata, the new owner to take a hands-off approach in letting veteran executives of both brands run the show.

Li’s track record deal closing and successful management of new business units like Lotus, puts Geely in clear leadership as China’s, if not Asia’s leading carmaker with a balanced consumer portfolio straddling all key segments. Geely Holding Group’s kicked the British brand into high gear in 2019, two years after it acquired a majority stake, by announcing plans to start producing the British sports car brand in China for the first time with the opening of a new 9 billion yuan ($1.3 billion) factory in Wuhan city. While Lotus would still be building supercars out of its Norfolk facility, a joint Geely – Lotus statement revealed that a key part of the firm’s strategy was “to revive the brand by expanding the brand’s manufacturing footprint globally” by targeting new markets by building higher-volume models in China. 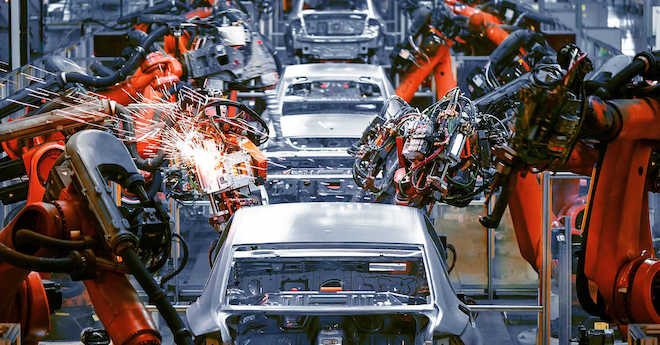 What Volvo Stands to Gain from Geely

The automotive industry is facing a massive disruption with most of the major car brands, even those previously sworn to the “roaring soundtracks of petroleum engines” as makers move towards electrification, and autonomous vehicles in an environment where ride-sharing, car-hailing apps and increasing peer-to-peer car sharing has been slowing demand for car purchases. 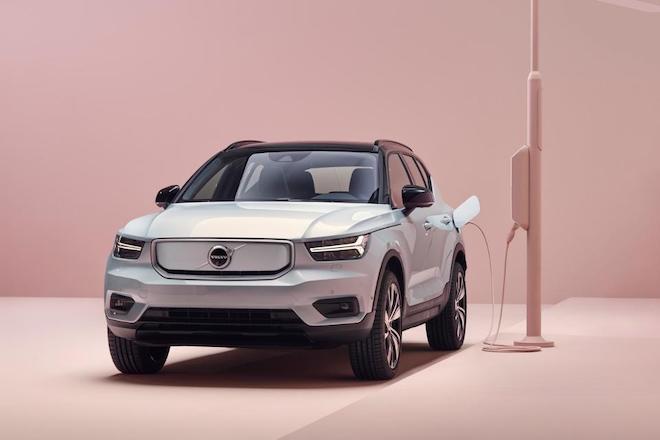 Volvo aims to reach Tesla Motors’ current level of EV sales from a standing start in just five years. Due to the high cost of electric car batteries making it more difficult for automakers to develop affordable zero-emission vehicles, it has led to a number of them forming alliances with Chinese partners.

Volvo’s merging of engine operations with Geely is a vital step in the brand’s roadmap for shifting to a fully-electrified lineup from a costs-of-production perspective, freeing up resources for the Swedish brand to focus on electric platforms in-house. According to Volvo Chief Executive Officer Hakan Samuelsson, combined business units would supply two million diesel and gasoline-powered engines, versus the 600,000 Volvo produces today.

London based business data provider IHS Markit forecasted electric car growth from 2% to 12% of new cars by 2030.  Volvo has medium term objectives of achieving half of its global sales in fully electric cars by 2025. In pursing combined engine production, Volvo gets to focus on in-house development of electric gear-trains without sacrificing crucial revenue from existing petrochemical engines vehicles. Hot new interest in Electric Vehicles segment has seen Tesla’s stock price tripled since the pioneering electric carmaker’s last fundraising round last May, hitting record highs of the more than $940 per share last week, prompting Musk to raise more cash. 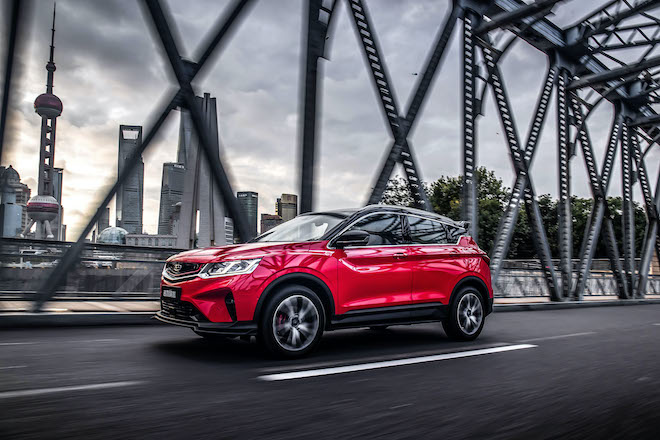 Volvo Cars and Geely already share technology, most notably the Compact Modular Architecture (CMA), which is being used by Volvo Cars for its soon-to-be-announced smaller range of 40 series cars and by LYNK & CO.

In the meantime, with Geely, Volvo gains greater access to the largest car market in the world. Concordantly, Volvo’s stellar reputation for safety gets associated with Geely, a major talking and selling point considering that “Made in China” has not had the best reputation, allaying US consumer fears of Chinese-made automobiles.

Volvo managed to sell over 355,000 vehicles globally in the first half of 2019, a 2.5% gain over last year with the China market leading the biggest gains of 15.7% up 37,855 units from 32,712 during the same period in 2018. It will start production next year of the brand’s first fully electric car, a battery-powered XC40 compact crossover.

Hollywood icon Arnold Schwarzenegger was first to own a modified Humvee, pushing for a civilian model which he was amongst the first customers to order.

Earlier in January 2020, billionaire Li discussed “working together with international partners” to “seize the technological commanding point through collaboration and sharing”, during preliminary discussions about investments in Aston Martin, it would appear that part of his global automotive strategy is the know-how and technology which could benefit his entire portfolio and not just Geely.

That said, Li’s acquisition strategy has been proving the most successful so far, other Chinese carmakers have attempted similar strategies to mixed results –  Sichuan Tengzhong Heavy Industrial Machinery is still struggling with former US commercial sensation, Humvee. The H1 Humvee was a military grade vehicle which first rolled out for civilian markets in 1992 at the behest of Hollywood actor Arnold Schwarzenegger, buying a highly modified sand-coloured edition, before pushing for a consumer model. At its height, it sold 70,000 Hummers, becoming a symbol of wealth and excess but as gas prices spiked to all time highs between 2007 and 2009, the popularity of the car declined. 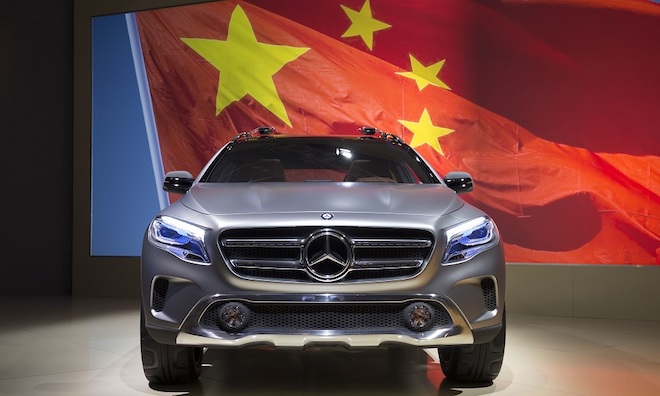 Shanghai Automotive Industry Corporation, the largest automaker in China, invested $600 million in bankrupt Korean automaker Ssangyong, before giving up in 2010, abandoning management rights over the carmaker, which was suffering from a serious liquidity crisis. A 70% share of SsangYong was acquired by Indian multinational automotive company Mahindra & Mahindra in February 2011. More recently, Beijing Automotive Group bought a 5% stake in Daimler in July 2019 and is considering lifting its holding in the Mercedes-Benz maker to as much as 9.9%.

With Li Shufu’s waning interest in Aston Martin, Bloomberg reported that Canadian billionaire Lawrence Stroll is emerging as the frontrunner to buy a stake in British manufacturer. 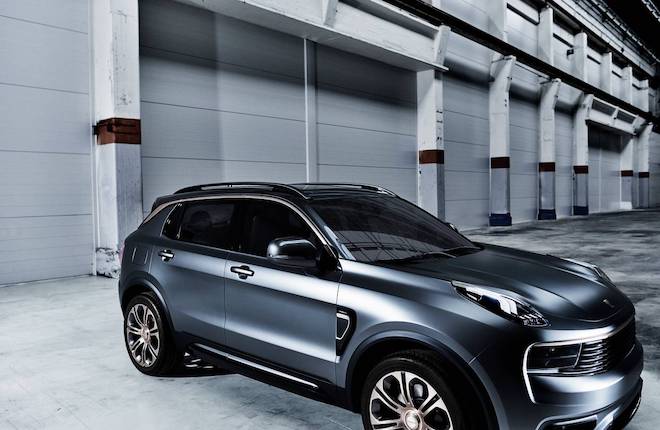 Geely launched Lynk & Co, a new luxury SUV aiming to tap the global market for ride-sharing and car-hailing services while taking on giants including Volkswagen AG and BMW AG.

Volvo announced that the merging of business operations to form a new supplier will not see any job cuts – the new unit will employ approximately 3,000 Volvo workers and 5,000 from Geely, across all departments including procurement, information technology and finance, typically the first departments cuts since these resources can be shared.

Li also owns 49.9% of Malaysian automaker Proton but his vision is to ultimately transform the conglomerate into a provider of transport services. Geely has developed and has plans to further expand car-sharing services while investing in alternative public transport options –  VoloCity’s flying taxis and China Aerospace Science and Industry Corp’s own in-house high-speed trains. Ultimately, Geely might just become a global transport solutions provider instead of just a carmaker.