Once used to block out foul smell and “corrupt air”, the use of protective gear has since evolved, allowing for the invention of the 21st century’s most significant and sought after protective health device in times of crisis, the N95 respirator. 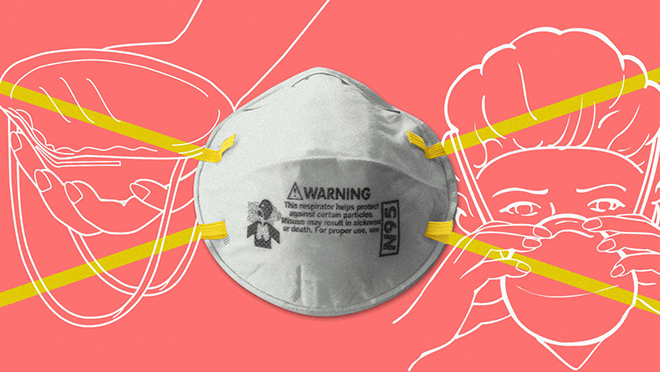 From covering our noses with handkerchiefs and cloths to donning sinister plague masks, the N95 respirator’s history dates far back to the Renaissance era, long before humanity fully understood the concept of bacteria and contagion. Once used to block out foul smell and “corrupt air”, the use of protective gear has since evolved, allowing for the invention of N95 masks which fit snugly around the face to filter 95% of airborne particles, including viruses – making it the 21st century’s most significant and sought after health device in times of crisis. 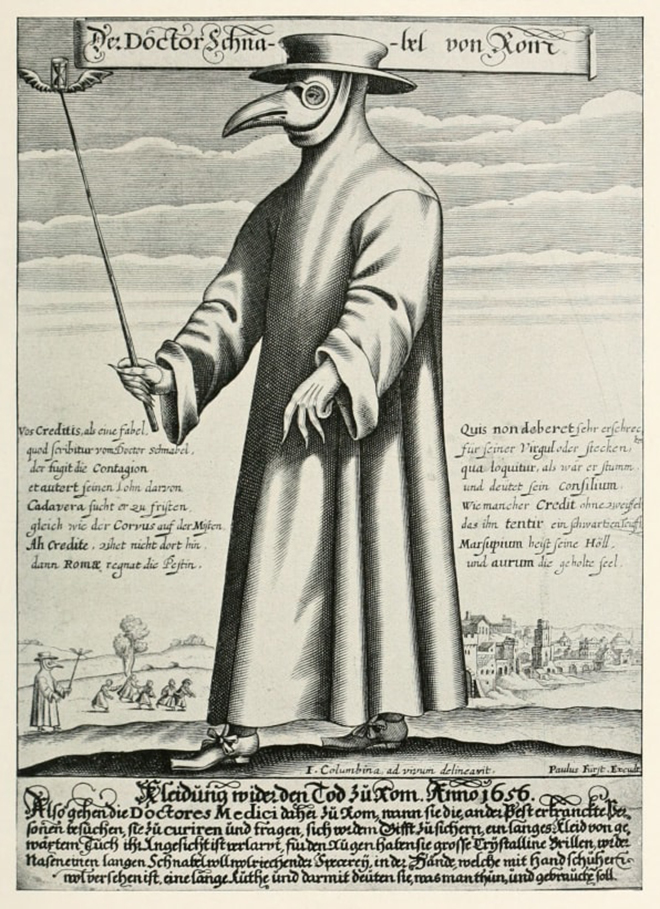 Stemming from a now obsolete medical theory known as ‘miasma’, our ancestors believed that held diseases—such as cholera, chlamydia, or the Black Death—were caused by a noxious form of “bad air”, which emanated from rotting organic matter.

Convinced that the avoidance of smell could guarantee immunity, the infamous incense-filled plague masks of the 1600s was born. Resembling large bird beaks with two nostril ports at its edge, the mask which was initially used by doctors who identified the plague and marked the infected by tapping them with a stick, remained an integral part of early medical practice for at least 200 years, up to 1897 when the first surgical masks were officially invented. 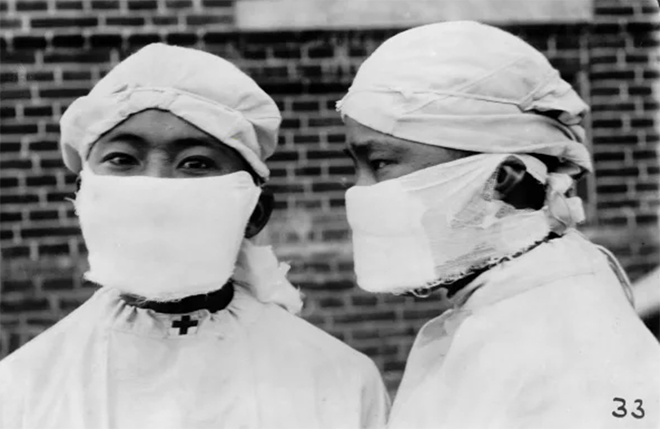 Healthcare workers in “anti-plague masks” during the 1911 Manchurian plague.

Much like the ones used today, the earliest surgical masks weren’t designed to filter airborne disease, but instead are necessary in maintaining a thin barrier to prevent doctors from accidentally transferring germs from coughing or sneezing onto wounds during procedures.

Meant for a very different purpose, surgical masks are inefficient in guarding against highly contagious and lethal disease – not only are they made from different materials; they fit loosely on the face, allowing particles to enter infiltrate from the side, unlike respirators which create an airtight seal to filter inhalation. Dr Wu Lien-teh in a laboratory in China

Invented by Lien-teh Wu, a doctor of the Chinese Imperial Court during the 1911 Manchurian plague, which erupted across the politically complex jurisdictions of Northern China and Russia. Expanding upon pre-existing surgical masks, the breakthrough respirator was constructed out of materials that were cheap and in ready supply, such as gauze, cotton and several layers of cloth – which through empirical testing, proved potent in achieving the desirable outcomes we associate with the N95 today. 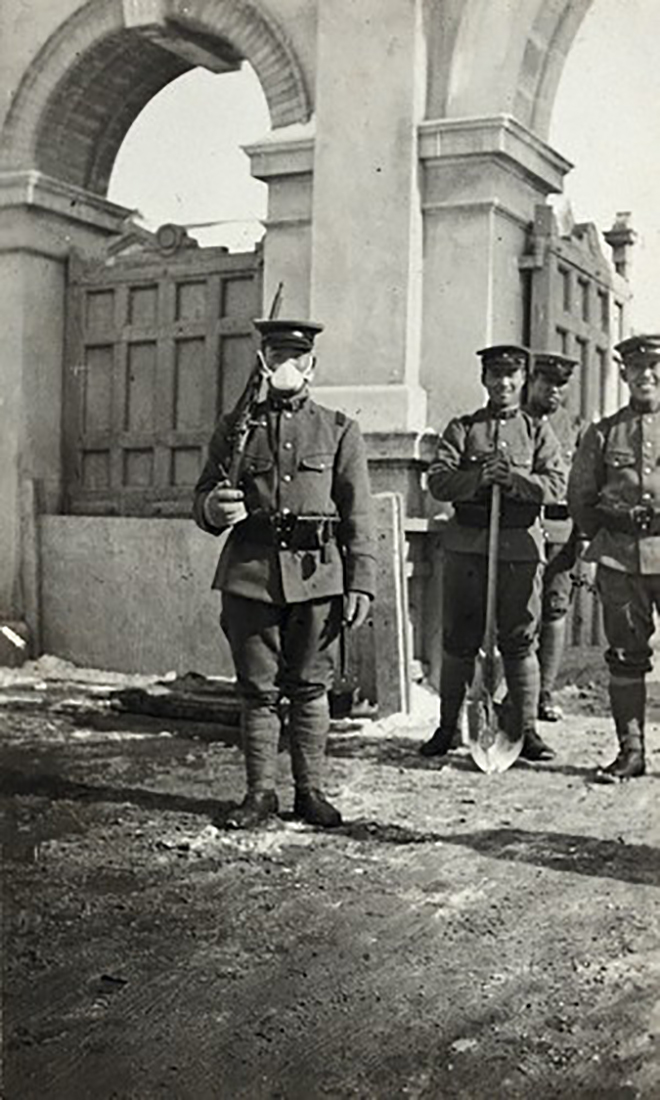 Worn by medical staff, soldiers, miners and even the common folk, the N95 respirator is a descendant of Lien-teh Wu’s original design, and regarded as a mandatory life-saving tool. Undergoing innumerable upgrades since its inception, the initial respirators incorporated fiberglass which was quickly swapped out (upon realising the dangers of inhaling asbestos) for melted polymer, air-blasted into layers of tiny fiber. 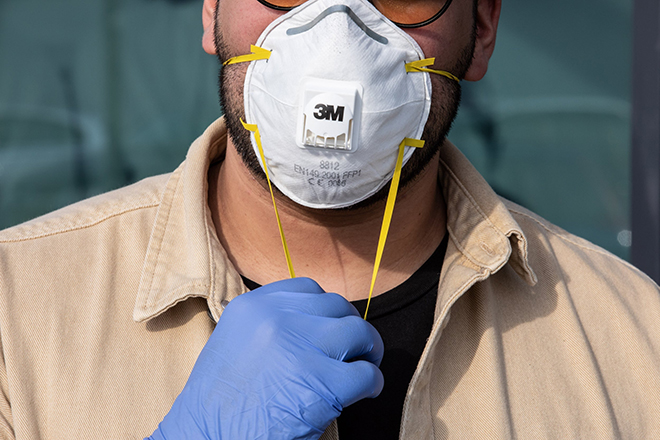 With electrostatic charge, the first single use respirators ‘pulled’ tiny particles into its material. As a result of each particle continually helping to filter more particles until every hole in the respirator is clogged, wearing an N95 for longer than eight hours in a very dusty environment can severely affect an individual’s breathing pattern and comfort. Hence, individuals with chronic respiratory, cardiac, or other medical conditions that make breathing difficult should check with their health care provider before using an N95 respirator.

Despite its industrial applications, the N95 has been predominantly used in clinical settings ever since the rise of drug-resistant tuberculosis and HIV, in the 1990s, including now with the worsening Covid-19.

Not designed for children or for people with excessive facial hair, the N95 is only effective when worn properly, and should be discarded in a plastic bag before being binned. Regulated by the National Personal Protective Technology Laboratory (NPPTL) in the National Institute for Occupational Safety and Health (NIOSH), which is part of the Centers for Disease Control and Prevention (CDC), all single-use N95 respirators are intended to protect both the patient and health care personnel from the transfer of microorganisms, body fluids, as well as, particulate material – and due to the current overwhelming shortage, should not be for public use.