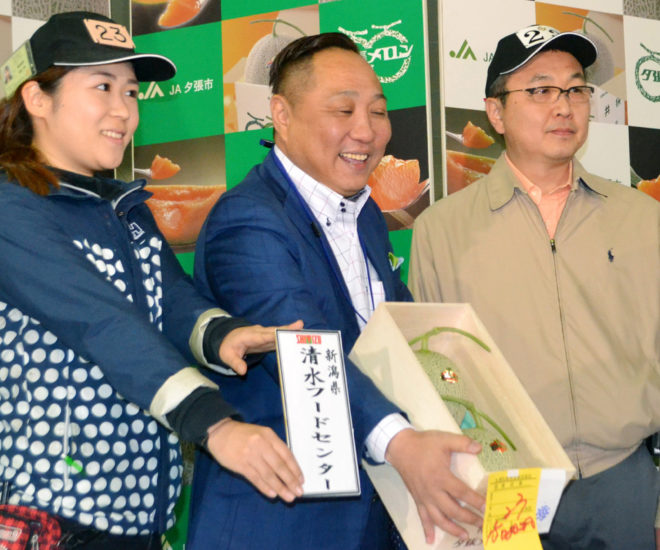 A single pair of premium melons fetched an eye-watering 1.5 million yen ($12,400) at an auction in Japan on Friday. 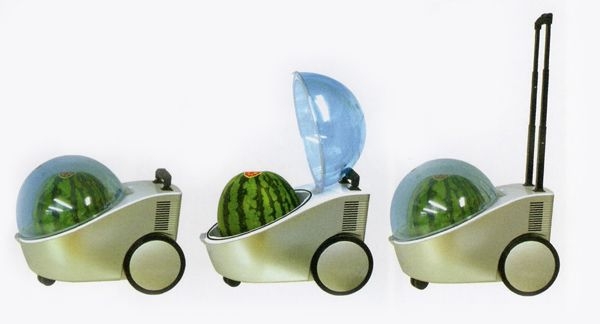 In Japan, watermelons have become a luxury food that apparently now requires a carry-on luggage-like cooler/warmer, a world’s first. First came the square watermelon creation that was introduced to the global market with the hefty price tag of $75 (â‚¬56.41) for 6.8kg. In Japan the same square watermelon can cost Â¥10,000 yen (â‚¬90). The Japanese […] 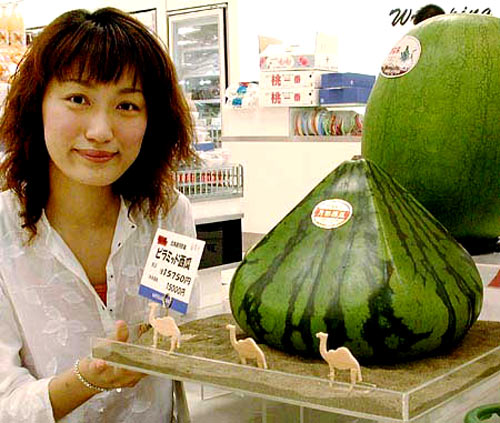 A farmer in the town of Tsukigata in Hokkaido, Japan, has grown watermelons that are shaped like pyramids! The farmer attained this shape by putting the watermelon in a pyramid-shaped plastic casing and hanging it upside down. Sixteen of the pyramid-shaped watermelons have been shipped to shops across the country, including the Iwataya department store […] 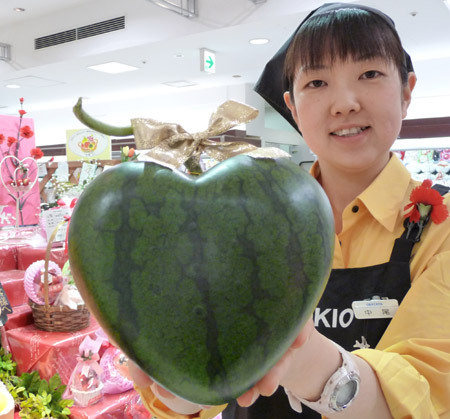 Watermelon auctioned for $6,100 in Japan

A black jumbo watermelon auctioned in northern Japan fetched a record $6,100 Friday, making it the most expensive watermelon ever sold in the country â€” and possibly the world. The 17-pound premium “Densuke” watermelon, grown only on the northern island of Hokkaido, was purchased by a marine products dealer who said he wanted to support […]