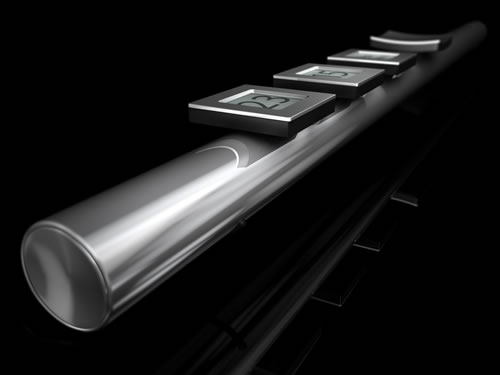 Bang & Olufsen, the Danish retailer of high-end audio and video products, launches the new BeoTime – an alarm clock designed by Steffen Schmelling. The BeoTime alarm clock best resembles a flute, but is actually a way to not only get you up in the morning but to control your house full of B&O A/V […] Victorinox celebrates the 125th anniversary of the Swiss Army Knife with this 1884 limited-edition travel alarm clock. The device is inspired by the steel spring mechanism system of Swiss Army Knives. Some of the features include the special anniversary design which is placed on the front panel as well as the caseback that is also […]