Long recognised for their association with military dive units, the new Tudor Black Bay P01 for Baselworld 2019 is an extension of that provenance 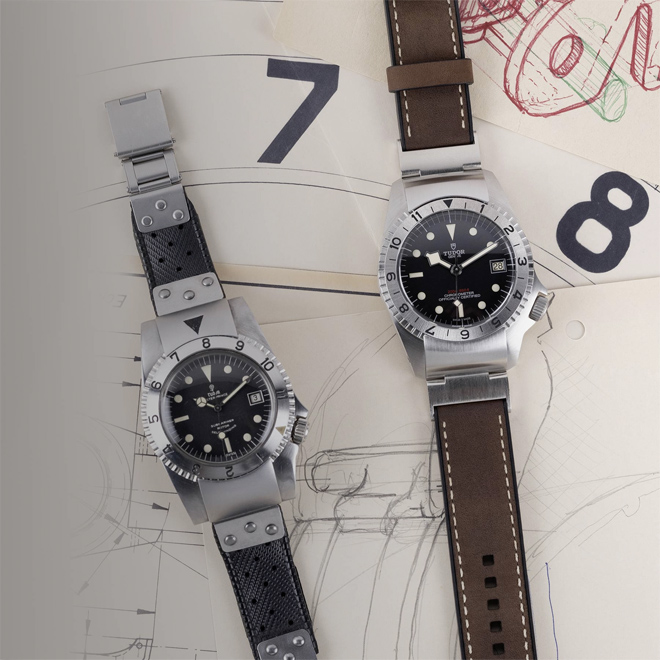 Based on a prototype developed in the late 1960s for the US Navy, the Tudor Black Bay P01 is the brand’s latest Baselworld 2019 novelty. For those of you wondering about Tudor’s military supply provenance, the brand ad been supplying the US Navy with divers’ watches since the late 1950s. Before that, Tudor aficionados were familiar with how the French National Navy the Marine Nationale (MN) played a developmental role for sister brand Rolex in the creation of the Submariner and Tudor served as the project’s real life test partner. The new Black Bay P01 is a prototype developed for another navy across the Atlantic ocean.

Tudor had been supplying the Oyster Prince Submariner 7928 reference for over 20 years and a new “milsub” was required to meet a set of modern specifications decreed by the US government. The Tudor Prototype 1 or P01, codenamed “Commando” incorporated the results of the brand’s latest research into functionality and ergonomics. 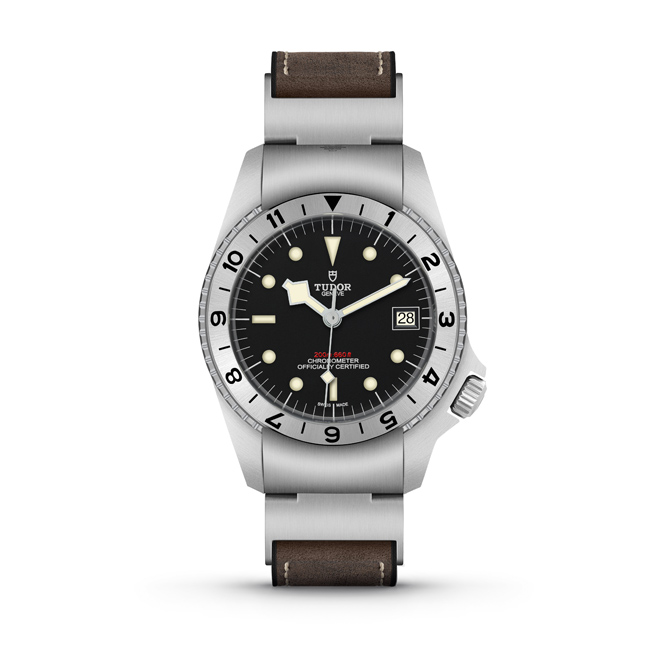 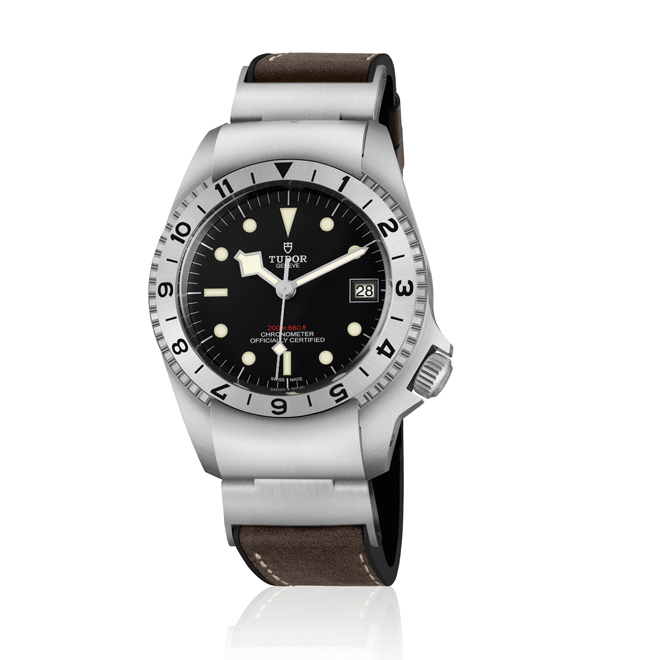 The ambitious “Commando” project resulted in the production of Prototype 1 which included a heretofore unseen, patented, function – a hinged end-link with rotating bezel blocking system. The unique aesthetics and new functional element is revived in the new Tudor Black Bay P01. Hence, the brand’s latest Baselworld novelty serves as a modern extension of the brand’s military legacy with a new Milsub.

Adopting the pioneering principles of a winding crown at 4 o’clock, (editor’s note: while the crown position is more familiar to modern eyes as a design element commonly associated with some Seiko 5 and Seiko diving models, it’s important to note that Tudor prototype incorporated this element a year before the Japanese watchmaker’s own variation) and the polarising (at least among the watch journalists) prominent end-links of the 1960s model. 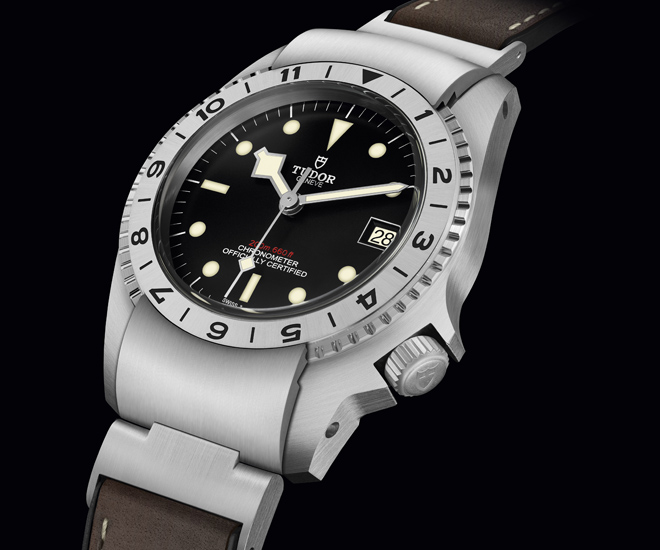 Sadly, the Project Commando was never adopted by the US Navy and the Tudor Milsub ref. 7928 was eventually replaced with the Milsub ref. 7016. 50 years later, the Baselworld 2019 Black Bay P01 resurrects the unique aesthetics and functionality. That said, while the new Tudor P01 is a spiritual successor to that pioneering prototype, the latest addition to the Black Bay family does not reproduce not literally reproduce this mechanism but borrows liberally from it, providing a stop system for the bidirectional rotating bezel via a mobile end-link at 12 o’clock.

The 42mm Black Bay P01 is waterproof to 200 metres, featuring the essence of the Black Bay collection with characteristic angular “snowflake” hands. Furthermore, subtle combinations of historical aesthetic codes and contemporary Tudor watchmaking prevent the P01 from being a simple heritage re-issue, anchoring the neo-vintage timepiece in the present with the manufacturing techniques, reliability, robustness and the quality of modern watchmaking and dressed with a retro-aesthetic. 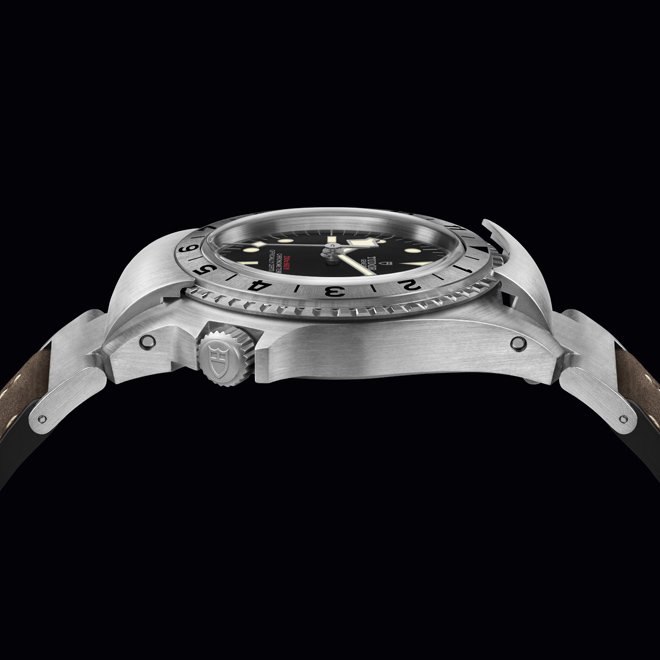 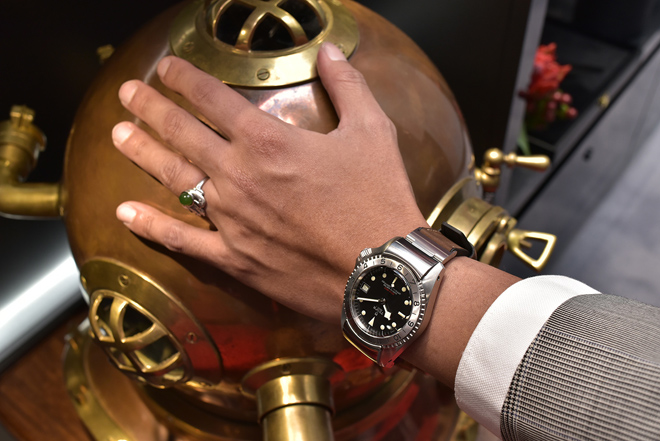 The strap developed for the Baselworld 2019 Tudor Black Bay P01 model is a rubber base with “snowflake” motif on the back, finished with a brown leather trim. In the spirit of the period prototype, mobile satin-brushed steel attachments connect the strap to the watch case.