The Story of Unique – Celebrating 280 Years of Jaquet Droz Enlightenment 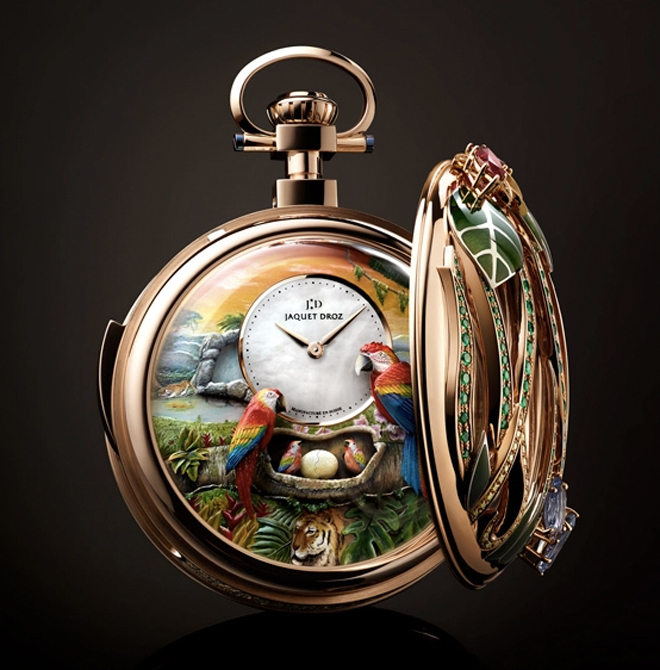 Headlined by wonders like the Parrot Repeater Pocket Watch, Jaquet Droz has enthralled and fascinated mankind since the Age of Enlightenment. For 280 years, the joie de vivre of mechanical ingenuity has brought joy and artistic merriment to the weary and cynical. This is a Story of Unique.

From 28 September to 14 October, Singapore will play host to Jaquet Droz’s 280th anniversary. For watch lovers and connoisseurs, Montres Jaquet Droz is a brand acquired by Swatch Group in 2000. For students of history, Pierre Jaquet-Droz (1721‑1790) is a man known among the great artisans who supported the 17th and 18th century intellectual movement known as the Age of Enlightenment. Advocating freedom, reason and individualism, the Scientific Revolution of the 17th century overlapped with this crucial Age giving scientific thinking and rationality a crucial role in the Enlightenment. As mankind shed the shackles of superstition with intellectuals like René Descartes, Baruch Spinoza, Isaac Newton, and John Locke to challenge the existing world order, artisans like Jaquet Droz were making automata, enamelled dial objets d’art, exceptional mechanisms, and of course, his iconic 1784 pocket watch, helping fuel the imagination of the Age’s greatest thinkers and assisting in one of empirical science’s most important tasks – time measurement.

“Mechanisms of the automata are analogous to the physical world and perhaps even all of nature resembles a great mechanical clock.” – Sir Issac Newton 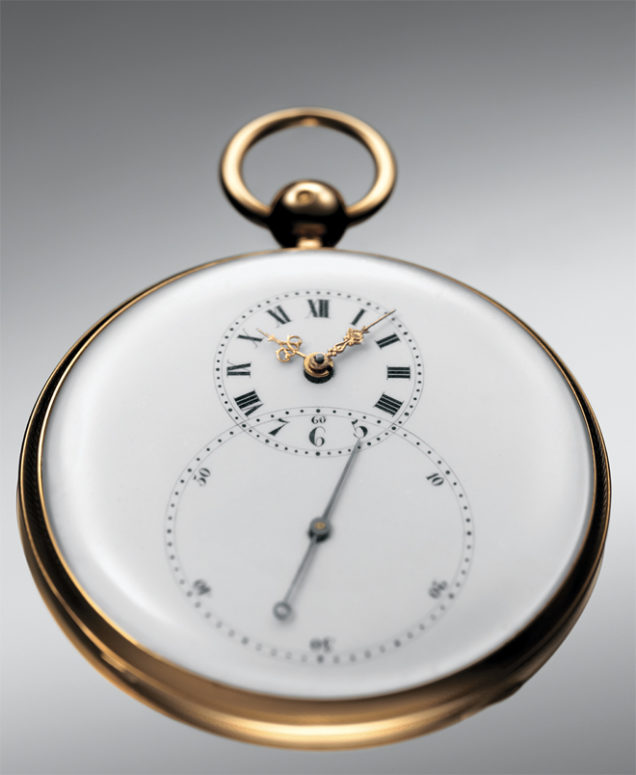 Celebrating 280 Years of Jaquet Droz, The Story of Unique exhibition will enlighten visitors to the mechanical wonders of Europe’s Enlightenment

On this, the 280-year anniversary of Jaquet Droz, it seems apt to celebrate the brand’s first iconic pocket watch created by founding visionary Pierre Jaquet-Droz, in a modern incarnation – a wristworn Grande Seconde “Tribute” collection. 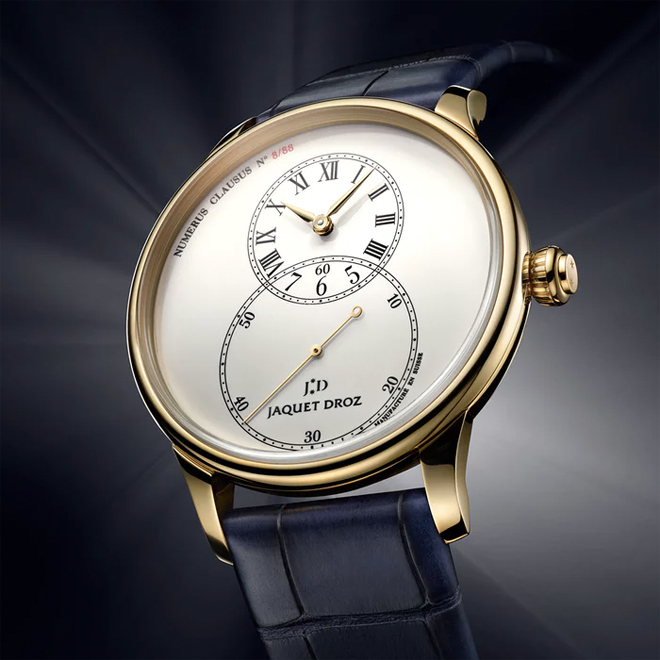 Taking a place of pride in Jaquet Droz’s anniversary celebrations, the new Grande Seconde “Tribute”  is available in a limited edition of 88 numerus clausus, the collection is emblematic of the distilled essence of a humanity’s most enlightened age and the era’s most experimental artisan. In this ‘Tribute’ the brand has balanced innovation with aesthetic appeal, just as they did 200 years ago. Today, juxtaposing in the components of the watch, the maison has utilised one of the pinnacles of modern horology – silicon – a highly sought after material due to its high resistance and anti-magnetic properties – with yellow gold, a symbol of utmost refinement and a precious metal harkening back to mankind’s early commerce. As a result, the Jaquet Droz Grande Seconde “Tribute” is a timepiece steeped in the brand’s tradition bearing heritage signature elements including the ivory Grand Feu enamel dial, and hand guilloché work. In touching acknowledgement of the contributions of the Jaquet Droz name: two engraved stars symbolizing the timeless heritage of the brand’s founder and his son can be found on the crown.

Understanding Automata through the Ages

Human history has handed down mythologies of automata – autonomous beings. According to Apollodorus, Prometheus was reputed to have made man and women on earth, with clay animated by fire and stolen from heaven. Similarly, according to Talmundic tradition, the first automata was made by God. In the first hour, Adam’s dust was gathered from all parts of the world; In the second, it was kneaded into a shapeless mass (Golem); In the third, his limbs were shaped; In the fourth, a soul was infused into him; In the fifth, he arose and stood on his feet. A process which is succinctly described in Genesis, Chapter II – “And God formed man of the dust of the ground and breathed into his nostrils the breath of life; and man became a living soul.”

“This is an opportunity to present the genius of Jaquet-Droz, and to show that even today, we have been able to preserve the same values for the future.” – CEO Christian Lattmann on The Story of Unique 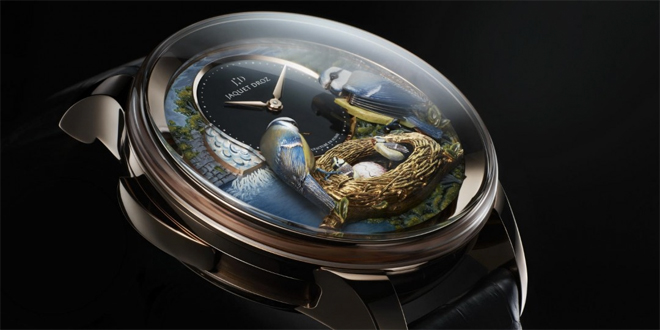 Enamoured with the notion of creating mechanical living beings, the Ancient Greeks used their advanced engineering skills to make partially animated statues worked by levers and some using steam and water as power sources for animation. In fact, the fifth century BC, the Greek scientist Archytus is said to have designed an artificial, steam-powered bird that was able to fly roughly 200 metres.

The Story of Unique exhibition will take guests on a journey through the brilliant mathematician who was Pierre Jaquet-Droz, a specialist in applied mechanics and horology. With the help of his son, Jaquet Droz produced three automata which even today are considered wonders of science and mechanical engineering. The Writer, The Draughtsman and The Musician still exist and are in the museum of Art and History in Switzerland. Watchmaking’s most inventive family has left behind an incredible legacy, of which the most famous pieces are three humanoid automata. The devices reached peak popularity during and after the Enlightenment becoming prized examples of human ingenuity and advanced engineering. In fact, so inventive were the works of men like Pierre Jaquet Droz that Sir Issac Newton himself postulated his understanding of physics and science in a high philosophical concept: the mechanisms of the automatons were analogous to the physical world and perhaps even all of nature resembled a great mechanical clock. 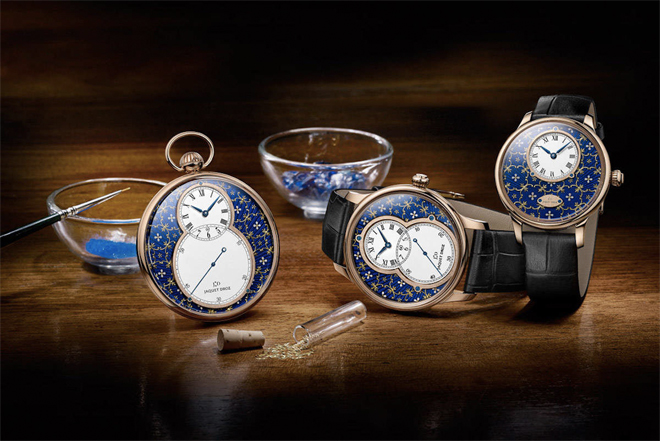 This art of amazement has become Jaquet Droz’s very signature thanks to executions in high complication pieces like the Charming Bird Minute Repeater. The Grand Prix d’Horlogerie de Genève winning bird automaton is the first of its kind to be used in wristwatch architecture thus winning the “Mechanical Exception” category. Since then, Jaquet Droz has repeatedly demonstrated its prowess with follow ups like the Parrot Repeater Pocket Watch – demonstrating not just the maison’s provenance at mechanical animation but also the depth of its watchmaking know-how with repeating and chiming complications. In fact, for all the conventional wisdom about true beauty going beyond skin deep, sometimes, the most beautiful crafts can be found near the surface – case in point: Jaquet Droz’s Tropical Bird Repeater. 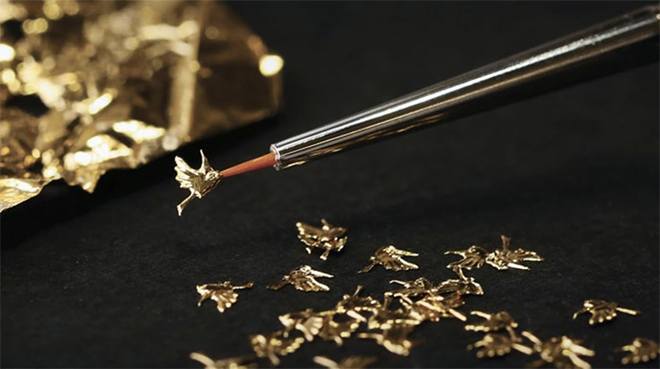 A Story of Watches and Wonders

Mention decorative arts in horology, and Jaquet Droz will invariably come to mind. The association’s well-deserved, since every Jaquet Droz collection has references with immaculately decorated dials, take for example: Jaquet Droz and Mineral Dials.

For nearly three centuries, Jaquet Droz has placed time under the banner of astonishment, excellence and constantly renewed creativity and it is to some poetic history that the culmination of patrimony of the  Jaquet-Droz family of decoration and artistic crafts often find a voice in their exquisite wristwatch automatons often embellished with enamel, paillons, painting, and sculpted and engraved ornamentation but often, one can find their tradition of the Jaquet Droz Ateliers d’Art expressed in every facet of the brand’s watchmaking lexicon.

Jaquet Droz “The Story of the Unique” Exhibition: from 28 September to 14 October 2018. 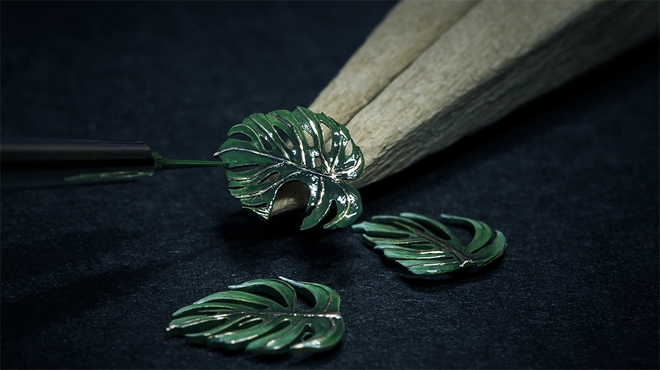