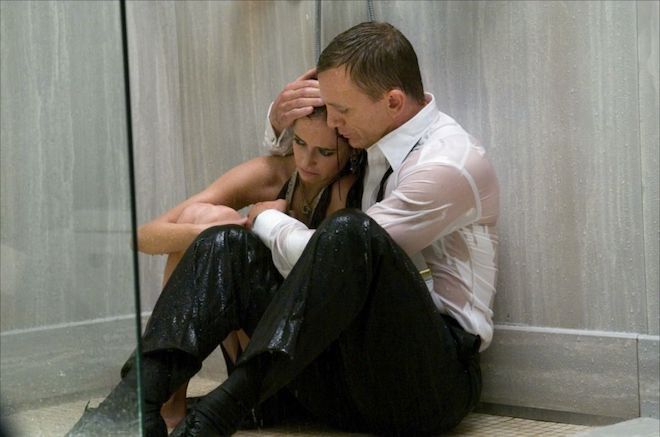 There is much desirable about a sensitive alpha male. We first caught a glimpse of him during Casino Royale, previously known unabashed womaniser whose super spy oozing machismo is reduced to an honest source of comfort, all his skills and training for naught, supplanted by a moment of raw emotion and affection as he cradles his charge in the pouring shower of the bathroom in the presidential suite of Montenegro’s Hotel Splendide.

Indeed, as James Bond (Daniel Craig) sat under running water, dress shirt turned translucent, clinging to defined muscles as he comforted Vesper Lynd (Eva Green) with Omega on wrist, we’re reminded that what defines a man is really a demonstration and exhibition of what drives him – in this instance, his call to duty as protector and shield. 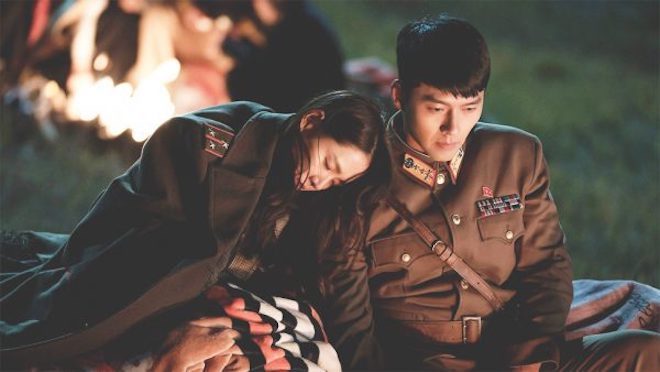 In the new smash Korean drama Crash Landing on You, Hyun Bin’s Captain Ri Jeong-Hyeok of the Korean People’s Army is walking the perimeter of the demilitarised zone when South Korean heiress Yoon Se-Ri, literally crash lands on him during an unfortunate para-sailing incident. What follows is a cavalcade of drama and hilarity as hardened North Korean Captain is forced by shared humanity and his call to gentlemanliness to protect and hide the hapless Se-Ri from the North Korean State Security apparatus; All while, wearing Omega’s latest Seamaster Diver 300M. 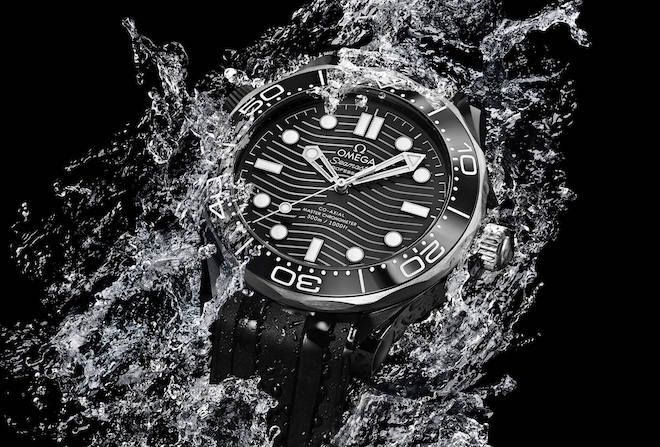 The symbolism is not lost on this editor. In this age of social justice and wokeness, the eternal question of “what makes a man” has truly never been more nebulous – is it our heavier musculatures? Is it our machismo and bravado? Instead, the philosophical pondering goes to a deeper, evolutionary level – Men are first and foremost, hunters and defenders. In a way, if men were exemplified, it would be an Omega Seamaster Diver 300M, rough and rugged on the outside but all soul inside. 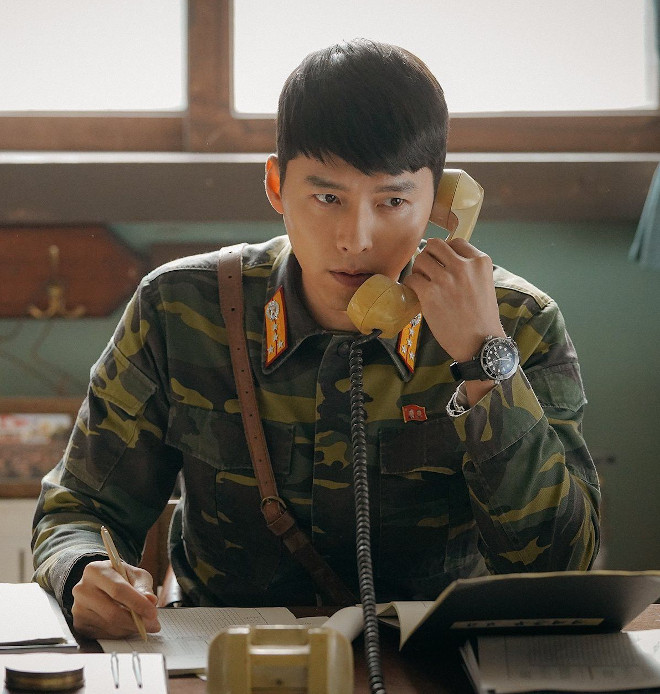 Biblically speaking, the role of men in a marriage is defined as a sacrificial one – “Loving your wife as Christ loved the church and gave his life for her”. In both Casino Royale and Crash Landing on You both soldiers, analogously speaking, serving in quasi-monastic military organisations are forced to confront their inner chivalry when a maiden-in-distress appears. It’s an eternal story of the ages, from Knights in plate armour to secret operatives in well pressed dress uniforms, the mandate to be saviour and rescuer is very much what defines a man. 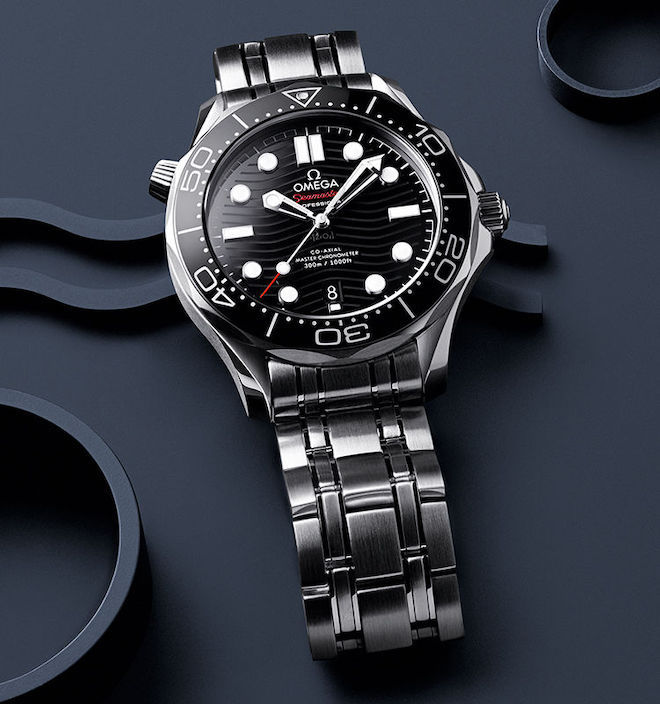 Since 1993, the Seamaster Diver 300M has enjoyed a legendary following. This year, the 25th anniversary of the collection sees one of the brand’s greatest icons updated with a full makeover from the inside out – every design detail has been rethought, including a new ceramic bezel with the diving scale in Ceragold or white enamel, protective elements made hardier yet dressier, beating within its muscular exterior, the Master Chronometer Calibre offering extraordinarily high levels of precision, performance and magnetic resistance.

Like Commander Bond and Captain Ri, Omega’s latest Seamaster Diver 300M wears its “heart on its sleeve” – an open caseback, a rarity for diving watches but its here that with its soul laid bear – we know what truly defines a man’s man – he’s unafraid at showing his emotionality and his passions – exemplified by the  METAS-approved Master Chronometer Calibre and its signature Geneva “waves’ instead of regular stripes. 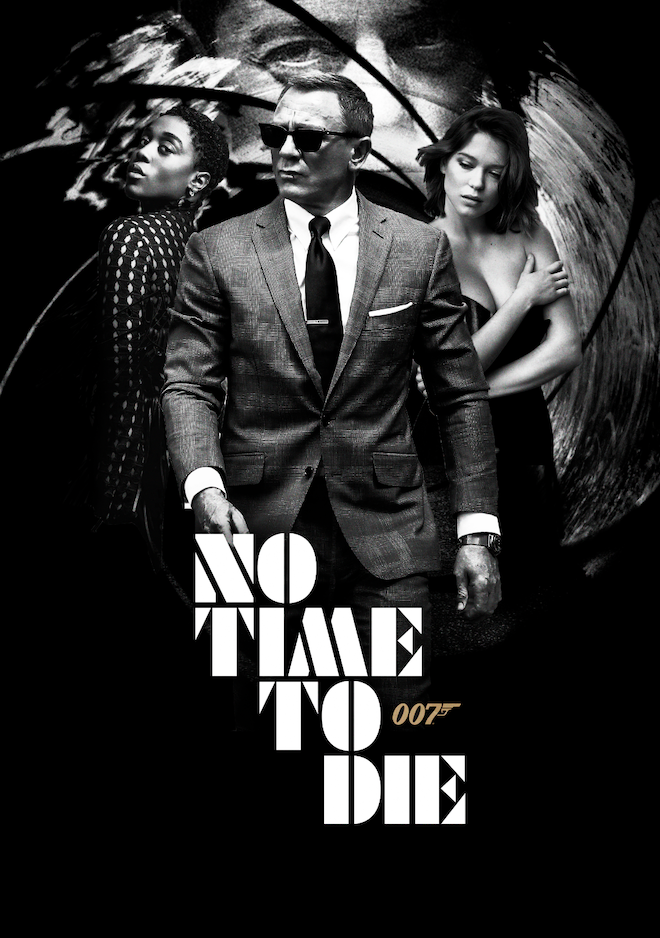 “When working with OMEGA, we decided that a lightweight watch would be key for a military man like 007. I also suggested some vintage touches and colour to give the watch a unique edge. The final piece looks incredible.” – Daniel Craig 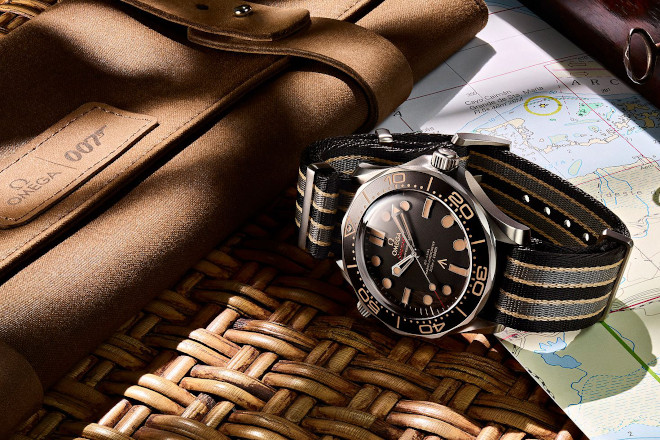 What resulted in a 42 mm Seamaster Diver 300M crafted from Grade 2 Titanium including its mesh bracelet with its innovative adjustable buckle, making it the perfect timekeeping instrument for special operations in European Casinos or Korean Demilitarised zones.

To further decrease the weight in keeping with the demands of special forces, Omega opted for a “tropical” brown aluminium dial and bezel, adding to the “gent’s old soul” appeal of the special edition Seamaster Diver 007. These faux classic look is applied to the “vintage” Super-LumiNova, which fills the diving scale, blackened hands and indexes as well. 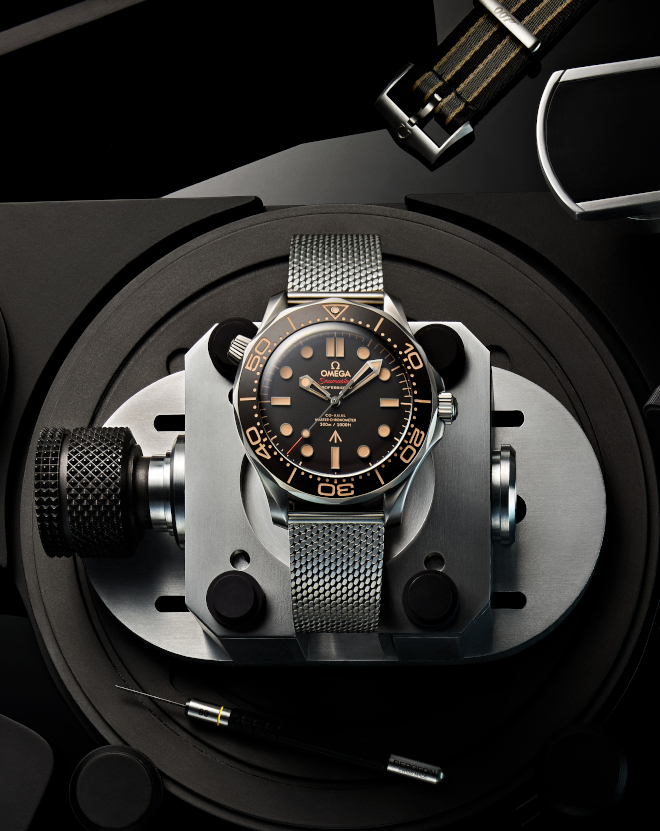 In keeping with Omega’s provenance as a supplier of military watches to the Special Air Service and Special Boat Service since the 1950s, the caseback number follow the format for genuine military-issue watches. “0552” is the code-number specified for Navy personnel, with “923 7697” being the number for a divers’ watch. The letter “A” is a code used to signify a watch with a screw-in crown, while “007” is James Bond’s iconic agent number. Finally, the number “62” is the year of the very first James Bond film.

This special but non-limited Seamaster Diver 300M will be available in bo current collection from February 2020. A mere watch won’t define a man but the presence of such an exquisite timepiece will give clues of just what sort of mettle he possesses.