The End of Baselworld as Rolex, Patek Philippe, Tudor, Chopard and Chanel Withdraw

The biggest legacy exhibitors, Rolex and Patek Philippe and Chopard, including Tudor and Chanel are leaving the watch fair, signalling the end of Baselworld. 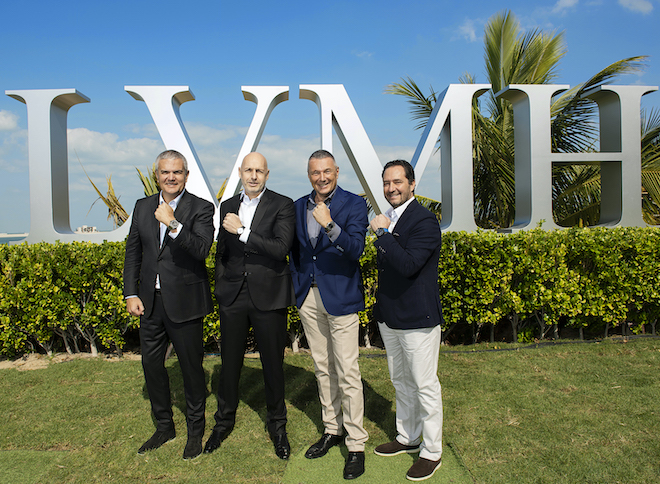 The writing was on the wall in January 2020 as LVMH launched their inaugural Watch Week in Dubai with a rather optimistic albeit pointed opening address by Bvlgari CEO Jean-Christophe Babin citing the late dates of the year’s edition of the Baselworld Watch Fair as being incongruous with product and sales cycles of their watch retailers, prompting a group decision to hold their product launches at the beginning of the year rather than so close to the middle of the year.

The end of Baselworld, long discussed and pontificated among the world’s watch journalists and subject to rumours following Swatch Group’s mass exodus, Breitling following suit, and then eventually leading to the exit of Seiko consisting of both Grand Seiko and Seiko, and Citizen Group comprised of Bulova, Citizen and Arnold & Son, already sounded the death knell for the beleaguered MCH Group AG, the organisers of Baselworld watch fair and Art Basel. 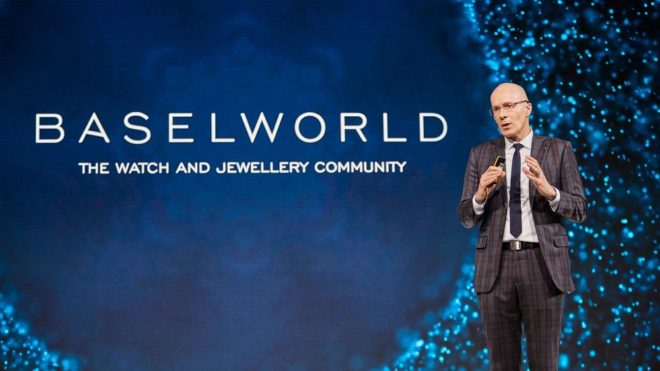 The End of Baselworld as Rolex, Patek Philippe, Tudor, Chopard and Chanel Withdraw

Today 14 April 2020, Rolex, Patek Philippe, Chanel, Chopard and Tudor announced their decision to leave the annual watch fair, ending Baselworld which has roots as far back as 1917 with the opening of the first Schweizer Mustermesse Basel which devoted a hall to watches and jewellery. The watch fair was eventually Baselworld, The Watch and Jewellery Show in 2003.

With Baselworld attendance down 22% for the 2019 edition after Swatch Group announced their shocking decision to depart, opting instead to hold their own Time to Move fair in Zurich. With Rolex, Patek Philippe, Chanel, Chopard and Tudor leaving the Messeplatz halls, they will create a new watch trade show in Geneva with the Fondation de la Haute Horlogerie, the organisers of the now defunct SIHH, recently renamed Watches & Wonders Geneva. 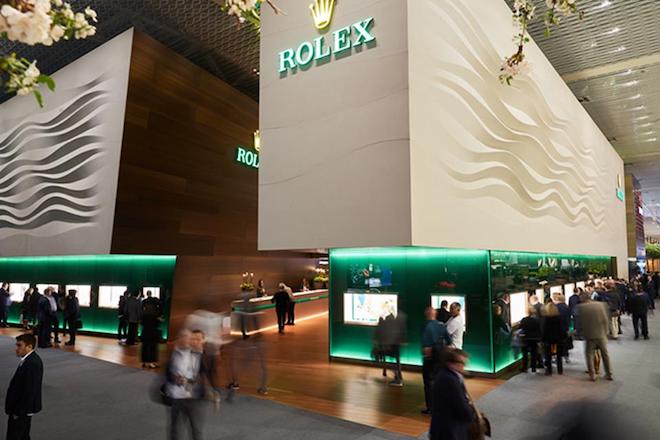 The decision comes after a communique from Rolex Head of Investments & Logistics Hubert J. du Plessix, and current president of the exhibitors committee of Baselworld was leaked to watch press and later rebutted in Le Temps by Michel Loris-Melikoff, director general for Baselworld. MCH had postponed the Baselworld watch exhibition as a result of the worsening coronavirus pandemic but refused to offer any significant refunds, opting instead to offer unpalatable options to carry forward the majority (from 70%) of the exhibition fees to the next edition and reminding exhibitors that exhibitors’ contracts do not compel it to provide any refunds.

Mr du Plessix, speaking on behalf of the small exhibitors last week on 7 April 2020, denounced MCH for hiding behind a “rigorous reading of contractual provisions to justify its position” of only making partial refunds amidst extenuating, unforeseen circumstances. Insult to injury, exhibitors received reminders in February, during the growing outbreak, to pay outstanding fees for Baselworld 2020 and later followed up with deadlines to accept partial-refund proposals by end April. 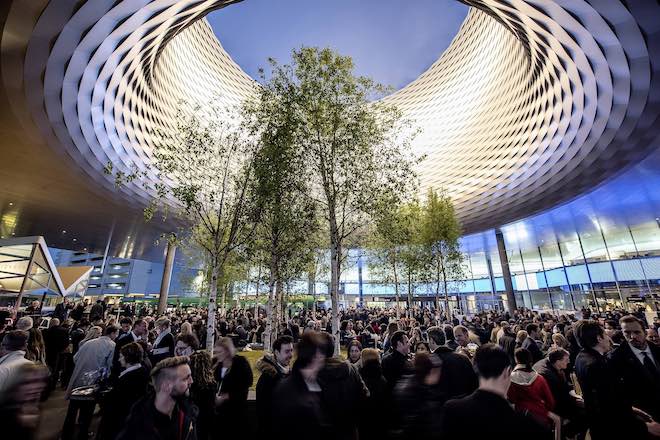 With the biggest legacy exhibitors, Rolex and Patek Philippe and Chopard departing, the latest move signals the end of Baselworld. The show will be held early April 2021 at Palexpo, will be linked to Watches & Wonders Geneva.

Other brands may also be added, and the new event will be geared predominantly towards retailers, the press and VIP customers, similar to Watches & Wonders Geneva. LUXUO and World of Watches has published the brand CEOs’ full remarks without edits:

Jean-Frédéric Dufour, Chief Executive Officer, Rolex SA, and Board Member, Montres Tudor SA, said: “We have taken part in Baselworld since 1939. Unfortunately, given the way the event has evolved and the recent decisions made by MCH Group, and in spite of the great attachment we had to this watch show, we have decided to withdraw. Following discussions initiated by Rolex, it seemed only natural to create a new event with partners that share our vision and our endless, unwavering support for the Swiss watchmaking sector. This will allow us to present our new watches in line with our needs and expectations, to join forces and better defend the interests of the industry.” 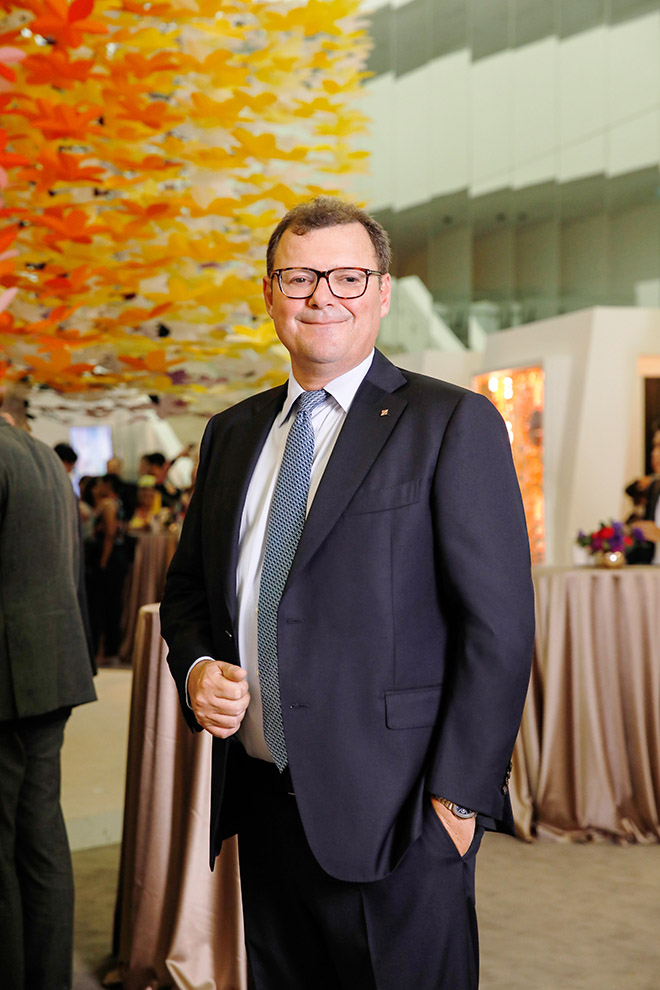 Thierry Stern, President, Patek Philippe said: “The decision to leave Baselworld was not an easy one to take for me, being the fourth generation of the Stern family to participate to this traditional yearly event. But life evolves constantly, things change and people change as well, whether it is at the level of those responsible for the watch fair organization, the brands or the clients. We constantly have to adapt ourselves, question what we do, since what was right yesterday may not necessarily be valid today!

Today Patek Philippe is not in line with Baselworld’s vision anymore, there have been too many discussions and unsolved problems, trust is no longer present.
We need to answer the legitimate needs of our retailers, the clients and the press from around the world. They have to be able to discover the new models from Swiss watchmakers each year, at one time, in one place, and this in the most professional manner possible.

That is why, following several discussions with Rolex and in agreement with other participating brands, we have decided to create, all together, a unique event in Geneva, representative of our savoir-faire.“

the biggest legacy exhibitors, Rolex and Patek Philippe and Chopard departing, the latest move signals the end of Baselworld.

Frédéric Grangié, President of Chanel Watches & Fine Jewellery said: “Like its partners, CHANEL shares the same independence and the same desire to protect and promote the values, know-how, utmost quality and precision of Swiss Watchmaking. This initiative marks a key milestone in the history of CHANEL Watchmaking and is part of a long-term strategy, which began with the launch of this activity in 1987. This exhibition will allow us to present all of our new creations in an environment that meets our high-quality standards.”

Karl-Friedrich Scheufele, Co-President Chopard et Cie SA said: “Chopard first exhibited at the Basel fair in 1964 with a stand of some 25 square metres. After careful consideration, our family decided to support the Rolex initiative and retire from Baselworld – a painful decision. The creation of this new watch show in Geneva, in parallel to Watches & Wonders, will allow us to better serve our watchmaking partners and our customers. Through the alliance, these grandes maisons will also be able to collaborate in promoting the values and best interests of Swiss watchmaking.”