The first perpetual calendar from MB&F, the LM Perpetual, is one for the ages. Founder Max Büsser brought the watch to Singapore to show it to collectors and journalists so we decided to take a closer look… 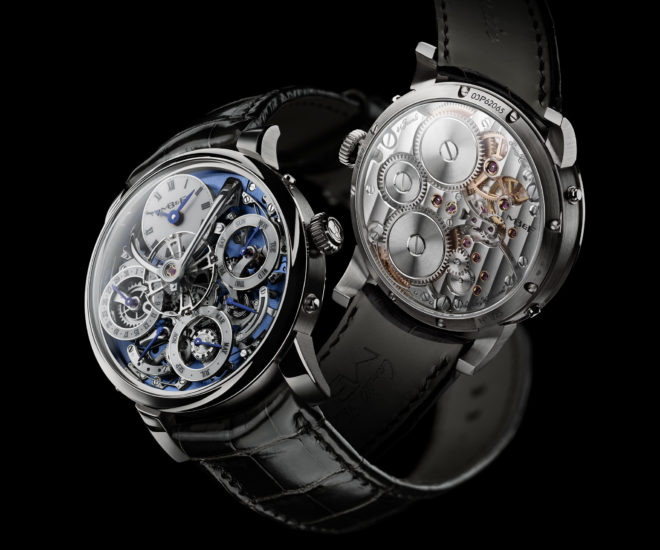 Welcome to the world of the LM Perpetual, the latest timepiece from our friends at MB&F presented to press in Singapore this week. Horological Machines are of course the mainstay of MB&F but the LM Perpetual is a Legacy Machine (hence the ‘LM’) and this basically means it is a round watch informed by the sensibilities of the early 20th century. Regardless, MB&F founder Maximilian Büsser often refers to his creations as kinetic sculptures and this one is no different…except when it is. Büsser himself admits that the perpetual calendar is not his favorite complication (he calls them “boomerang” watches because as soon as you sell one it comes back in with something broken). Why would an independent producer of watches (guess what the ‘MB’ in MB&F stands for) decide to push out a complication its founder and chief creator is so ambivalent about? Well, Büsser tells us that this watch, unlike all other creations at MB&F, was the brainchild of Stephen McDonnell, the watchmaker responsible for developing the movement. In many ways, that will bring to mind the work Büsser did while at Harry Winston for the Opus series but we digress. The LM Perpetual is a true watchmaker’s watch, a labor of love that seeks to solve a particular challenge in watchmaking. Those of you paying attention so far will figure this has to do with overcoming that ‘boomerang’ impression Büsser himself had. The Belfast-born, Oxford-educated theologian McDonnell made a believer of Büsser with his 581-part integrated manual winding movement, featuring a patent-pending mechanical processor. In simplified terms, the movement uses a 28-day base for each and allows for adding of days as determined by the aforementioned processor. As usual, not much is known about the mechanical processor as the patent is pending. We are happy to report from our own experience with the LM Perpetual that the perpetual calendar is adjusted via four pushers that do not require any special tools and that there is a safety system in place to cut off input from these pushers during the date-change phase of the night/morning. In fact, Büsser promises “no more skipping dates or jamming gears.” The display itself is likewise a breeze to read, if a little challenging in terms of font size. Hours and minutes display via a subdial at 12 o’clock, framed by the arches of the suspended balance; day of the week at 3 o’clock, power reserve indicator (officially 72 hours) at 4 o’clock, month at 6 o’clock, retrograde leap year indicator at 7 o’clock, and date at 9 o’clock. As you can tell from the picture, this 44mm*17.5mm watch is very pretty indeed; it is available in 18k 5N red gold or platinum 950, both editions limited to 25 pieces.