Foolhardy or sensible? Odell Beckham Jr. and his RM 11-03 Flyback Chronograph McLaren, a US$350,000 timepiece, made their joint debut in one of the world’s most brutal sports. 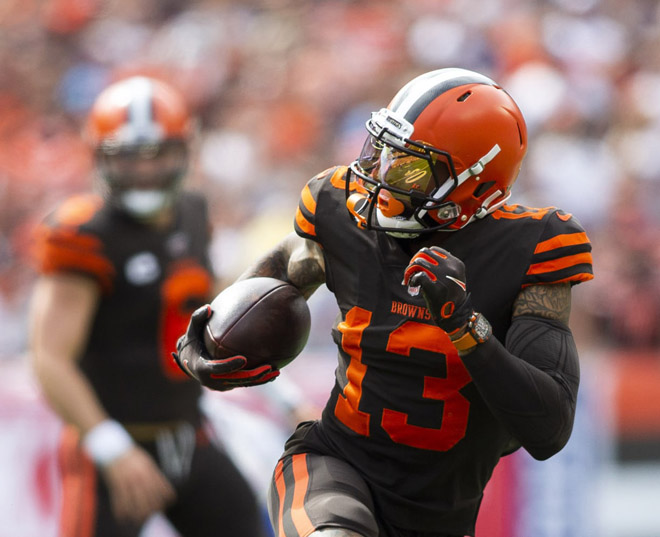 The Richard Mille RM011 automatic chronograph has been part of the mainstay collection for the brand since 2007 when the collection was re-christened and re-styled as RM11-03 , it became one of the most progressive and innovatively expressive chronographs In terms of design (Jean Todt), materials used (NTPT), and its extraordinary adaptability. Case in point? Odell Beckham Jr., newly minted Browns receiver making his Cleveland debut against the Titans on Sunday, wearing a RM 11-03 Automatic Winding Flyback Chronograph McLaren.

Incepted in the beginning as “a racing machine on the wrist”, one of the guiding principles for Richard Mille was to imbue the inheritor of the RM011 mantle, the new automatic flyback chronograph RMAC3 calibre with a multi-dimensional quality and to bring its complexity to the fore. But beyond the hyper-machined, “racing” aesthetics, the flagship Richard Mille flyback chronograph matched its visual language with peerless endurance. 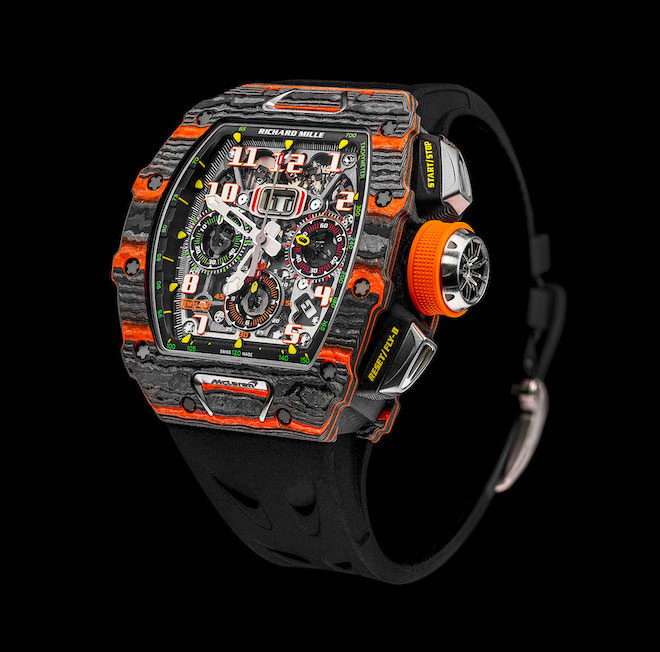 Odell Beckham Jr. and his RM 11-03 Flyback Chronograph McLaren debut for Browns against the Titans

Injuries are relatively common in American football, due to its nature as a full-contact game. In recent years, growing medical advances uncovered that the strenuous sport compounds repeated physical trauma over time, eventually increasing the risk of mental illnesses like dementia and chronic traumatic encephalopathy. Hence, given the brutal nature of the sport Beckham Jr.’s choice of RM 11-03 Flyback Chronograph McLaren makes sense. 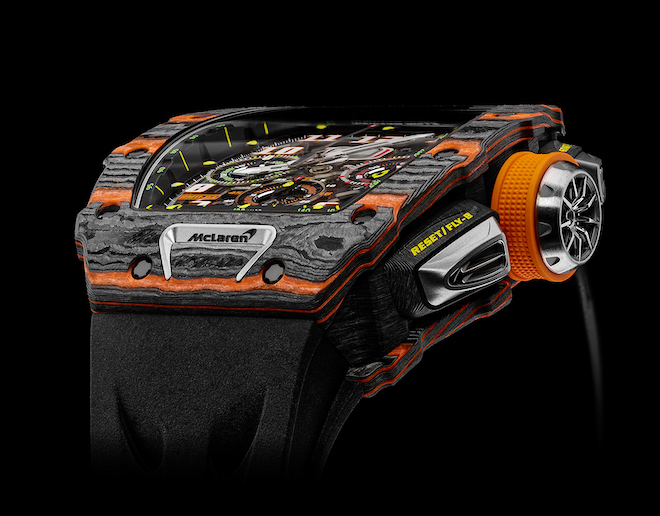 In working with McLaren Automotive, Odell Beckham Jr.’s RM 11-03 Flyback Chronograph McLaren incorporates Formula 1 technologies and developments from their racing and touring cars; hence what results is an immensely robust timepiece with a highly innovative technical calibre ensconced within carbon fibre protective shrouds made from lightweight, high tensile NTPT. Even before the advent of North Thin Ply Technology, Richard Mille shot to prominence for being the only Swiss watch brand to claim and prove their timepieces’ vaunted resistance to shock by tossing prototypes across crowded press presentations. 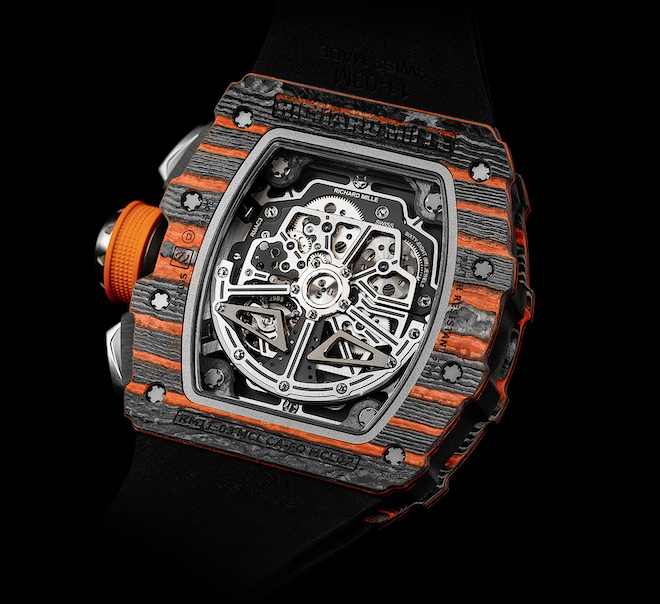 Onset of impact damage begins from 900 mPa, and carbon based thin ply composites, similar to the ones used in Beckham Jr.’s  RM 11-03 Automatic Winding Flyback Chronograph McLaren are well rated to handle that amount. Furthermore, the exclusive Richard Mille calibre design, in cooperation with Audemars Piguet research & development division Renaud et Papi makes it possible to effectively adapt rewinding of the mainspring to the user’s activity level, in sporting or non-sporting environments. By adjusting the six-position rib, the rotor’s inertia is modified to either speed up the winding process in the case of leisurely arm movements, or to slow it down during sporting activities. 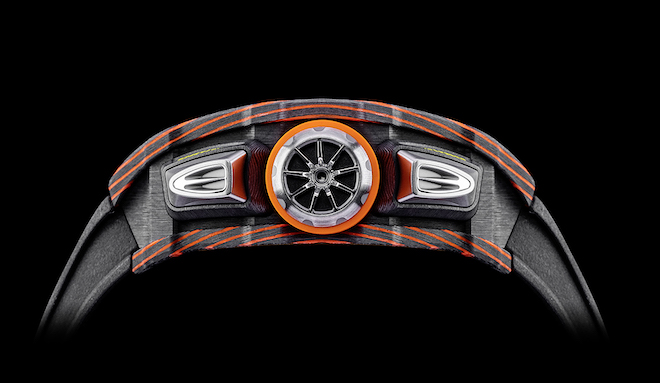 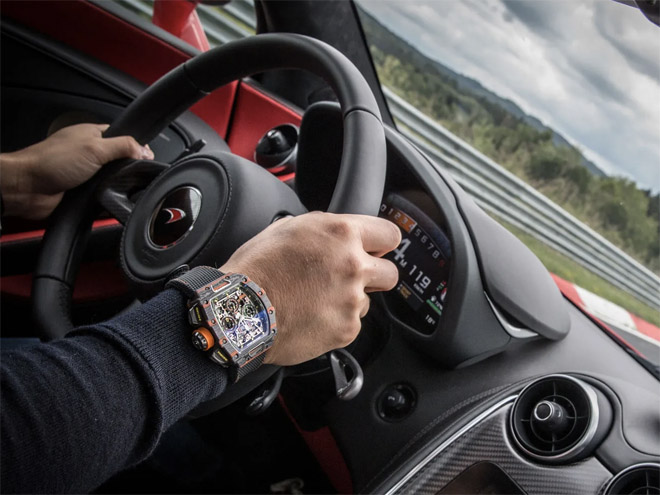 Perhaps Odell’s choice of US$350,000 timepiece in such a ferocious game is not so eye-brow raising anymore. Limited to 500 pieces, the Richard Mille RM 11-03 McLaren Automatic Flyback Chronograph is only available to McLaren Ultimate Series owners, and buyers of the Senna P15. It’s not known if Odell Beckham Jr. owns a McLaren.