Over 300 years later, the traditional regulating organ has seen a revolutionary new update with the extremely high frequency oscillator in the new Zenith Defy Lab Like the El Primero it launched 50 years ago, the Le Locle manufacture defies convention once again by launching the new Zenith Defy Inventor for Baselworld 2019. Developed on the same horological innovation unveiled in the exclusive 10 piece Limited Edition Defy Lab unveiled in 2017, the revolutionary oscillator defies the perfunctory performance standards of the traditional balance assortment. Today, the extremely high frequency oscillator goes from the pioneering 15 Hz to 18 Hz thanks to cutting edge materials and new engineering – reworked “escape wheel” with flexible “teeth”.

However, the prowess of Zenith lies not just in the chronometric precision of the new Defy Inventor, it also lies in the fact that the Le Locle manufacture has managed to serially produce such a specialised, patented regulating organ. The single-piece Zenith Oscillator replaces the sprung balance used in mechanical watchmaking for the last 350 years. This newly developed and patented regulating system can be considered the ultimate achievement of a maison which has been able to mechanically time both 1/10th of a second and 1/100th of a second in their El Primero chronographs. Hence, it goes without saying that the extremely high frequency 18 Hz oscillator with two day power reserve (down from the Defy Lab’s 60 hours)  fronts Zenith’s vaunted watchmaking prowess for Baselworld 2019. 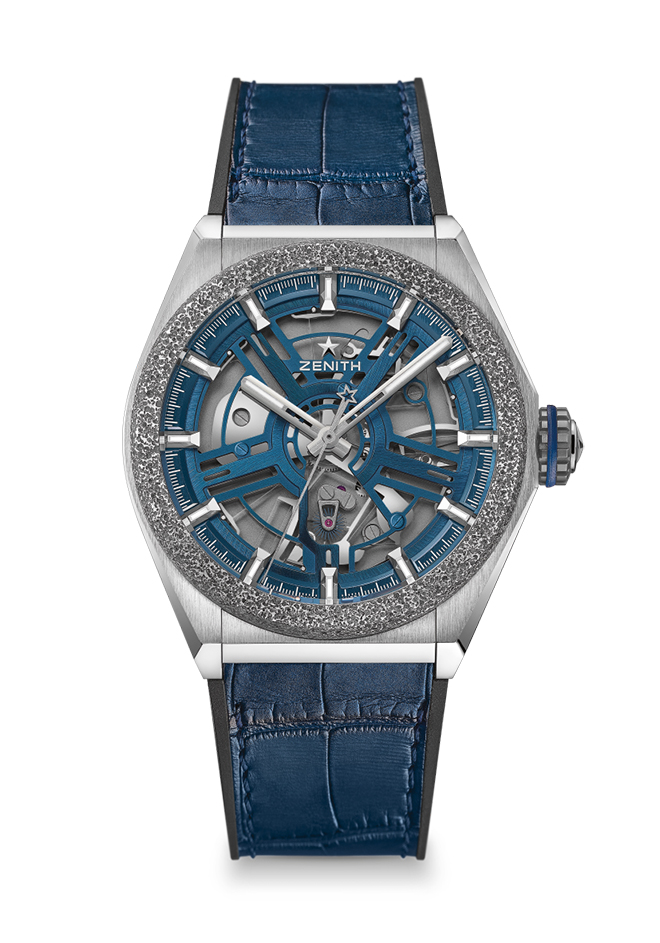 Material science and engineering mix in this horological cocktail – an ultra-thin 0.5mm monocrystalline silicon replaces the thirty or so components of a standard regulating organ or balance assortment. Given its architecture and material structure, it eliminates contact, friction, wear and deformation; furthermore, it is insensitive to temperature variations and magnetic fields. Radiating outwards from its core, is a “escape wheel” of sorts – the flexible blades, vibrating ceaselessly with great alacrity can be distracting if one pays too much attention to it. 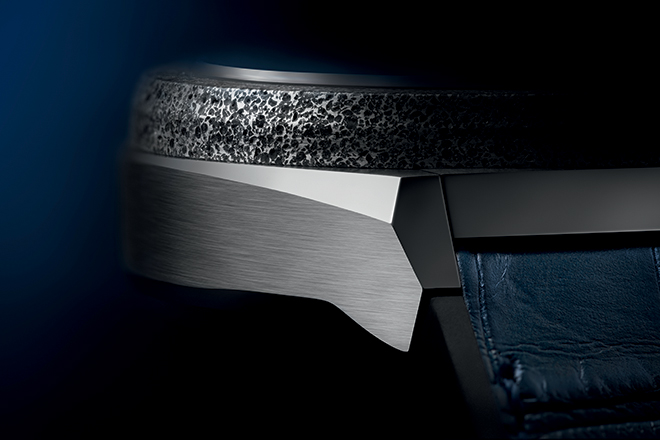 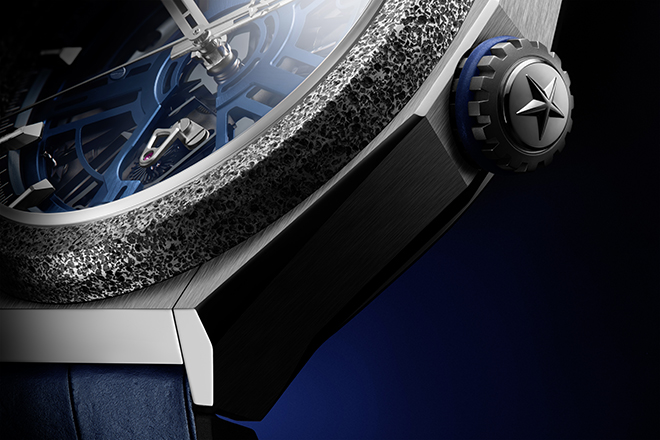 Aesthetically speaking, the “pock marked” scarred surface of the bezel of the new Zenith Defy Inventor is the result new Aeronith material- an ultralight aluminium composite (lightest in the world) developed using an exclusive high-tech process . Three times lighter than titanium, made of open-pore aluminium foam, stiffened with a polymer, it might look textured but it feels surprisingly smooth to touch. The 44mm brushed titanium Defy Inventor enfolds its beating heart with a case that is every bit as engineered as its central mechanism.

Technically speaking, we don’t know if “openworked” dial accurately describes the face of the Defy Inventor especially since the Zenith Oscillator itself takes centrestage, with only the hours, minutes and seconds hands sweeping over the top. Oh. Did we mention, this is a LOT of watch for the price. The Zenith Defy Inventor is expected to retail for CHF 17,900.