The new Pasha de Cartier revives a beloved early diving watch with a questionable but endearing back story emblematic of the maison, a key appeal to the mystique and wonderment that is uniquely Cartier 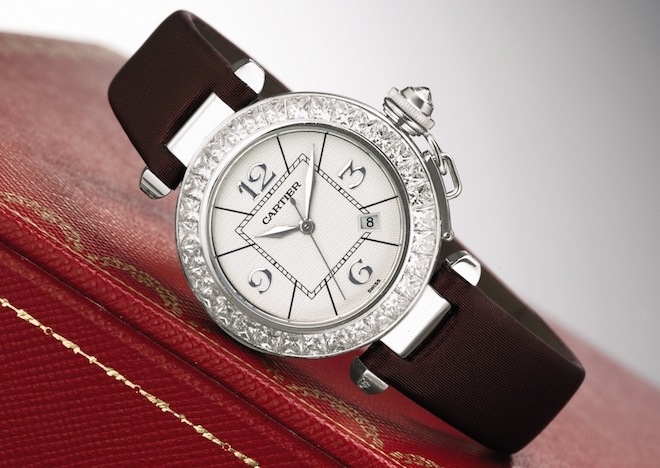 Inspired by the original 1932 model made by Louis Cartier for Thami El Glaoui the Pasha de Marrakech, the Pasha de Cartier was eventually revived as a serial collection in 1985. Commissioned by Cartier, Gerald Genta adopted design details which made the Pasha’s watch such an icon, into the serially produced edition for the mass market. Though there’s controversy as to whether this backstory is a work of marketing fiction, there is a convergence of evidence which lends credence to the brand’s story.

First, back in the 1930s, water resistant watches like the one the Pasha de Marrakech wanted Louis Cartier to design, used external cases that would hermetically seal the movement – this was because crown sealing systems had yet to be invented yet and so Cartier answered the Pasha’s needs with a unique creation, secured and made waterproof with a little screw-on cap that served to seal the crown, hanging on a tiny chain fixed to the case.

Second, there would be little necessity, contrary to what some watch journalists assert, to jump on the luxury sports watch bandwagon when Cartier was already in possession of the world’s first pre-eminent sports watch – the Santos de Cartier, complete with bezel secured by visible external screws. And finally, designed as a piece unique originally for aviator Santos Dumont, the Maison already showed historical precedent in acceding to special requests of high profile individuals and luminaries to create timepieces and accessories, elegant yet functional for their lifestyle needs. Nevertheless, regardless of what the truth is, the fact of the matter is – the Pasha de Cartier can be considered not just the Maison’s first attempt at a “diver’s watch” but also its first round watch before the exquisite Ballon Bleu.

For 2020, the Pasha de Cartier returns with major updates from its 80s predecessor: Two new sizes and a myriad of variations elevate the new Pasha into a full fledged collection thanks to the variety of aesthetic and practical improvements. According to a Cartier representative, the 41 mm and the 35 mm model are not officially designated men’s or women’s editions. Proportionally speaking, both are essentially identical and keep most, if not all, the original elements. 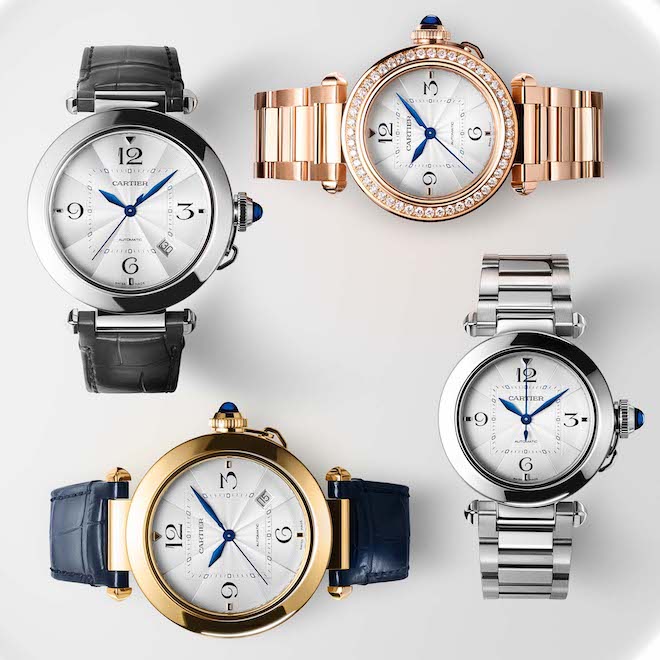 A notable exclusion: the bidirectional-rotating bezel has not made its way into the new collection; instead a host of user-friendly updates including improved functional elements like Cartier’s QuickSwitch quick strap release system and its SmartLink quick bracelet sizing systems can now be found on the 2020 Pasha de Cartier. These innovations made their debut on 2018 Santos de Cartier models and while not new, is the clearest indication that these little ‘quality of life’ updates will soon be seen across most of the Cartier watch collections and not just limited to Santos and Pasha collections. 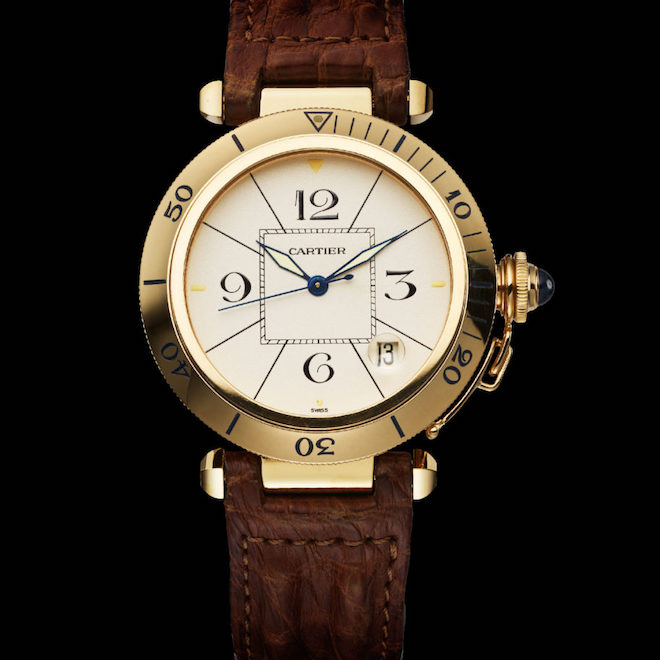 Returning is the trademark chained crown cover which the new Pasha de Cartier has cleverly hidden a new hidden name plate for personalised initials. Also returning, is the crown cover adorned with sapphire cabochon but now, unscrew the chain-linked “canteen cover” and the crown below surprises the owner with a smaller crown sporting a blue spinel. It’s totally unnecessary but expresses the Cartier penchant for attention to detail.

Sporting Art Deco-style Arabic numerals instead of signature Cartier Roman numerals at cardinal positions 12, 3, 6 and 9 o’clock, the original Pasha de Cartier bore a protective grill over the face which could be flipped open as well as features like a date window at 4 o’clock and the distinctive “Louis Cartier Vendome” lugs. All of those features sans protective grill returns on the new 2020 Pasha de Cartier. 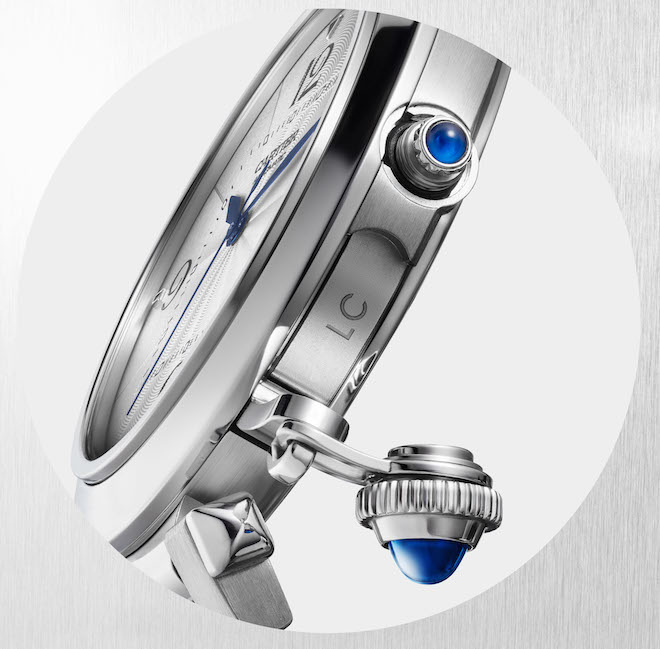 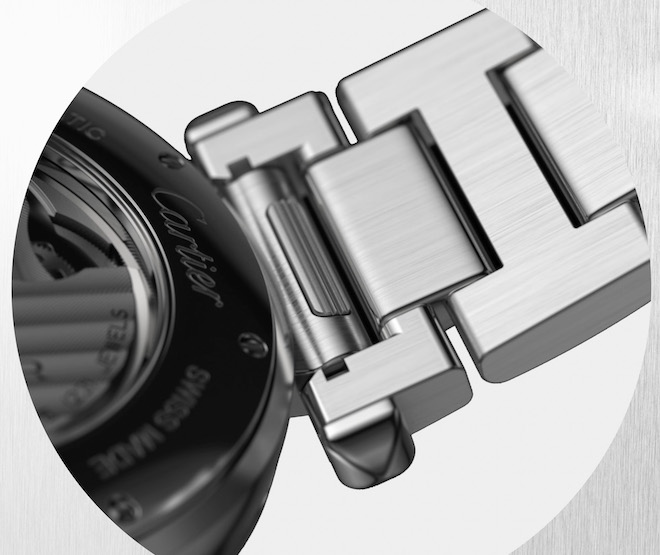 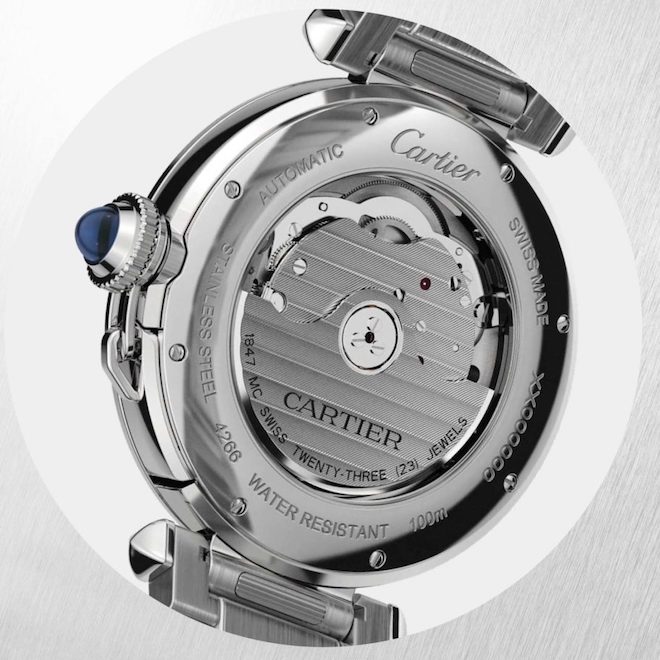 While the original edition had a 35 year run encompassing chronographs and perpetual calendars (including a four button Ref. 30010 made for golf enthusiasts), the new Pasha collection begins in a less gregarious manner with eight appealing novelties: two bejewelled pieces with diamonds across the case, bezel, and even the dial for the 35mm variant and two Pasha de Cartier Tourbillon editions for the 41mm variants. No word on whether the Parisian Maison will be unveiling more complications like moon phases in the future. That said, the tourbillon variant is no longer a Poincon de Geneve stamped edition like its 2011 predecessor, other than that, it remains little changed right down to the iconic “C” tourbillon carriage – naturally, the price matches the new lineage. 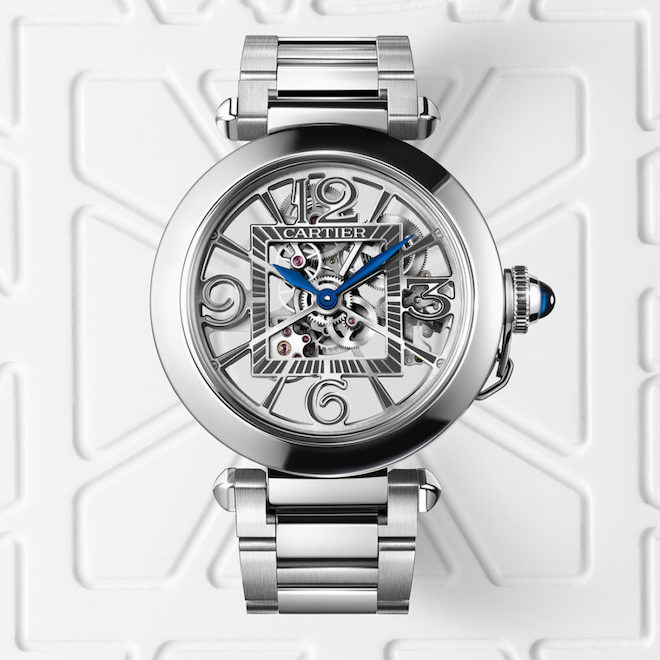 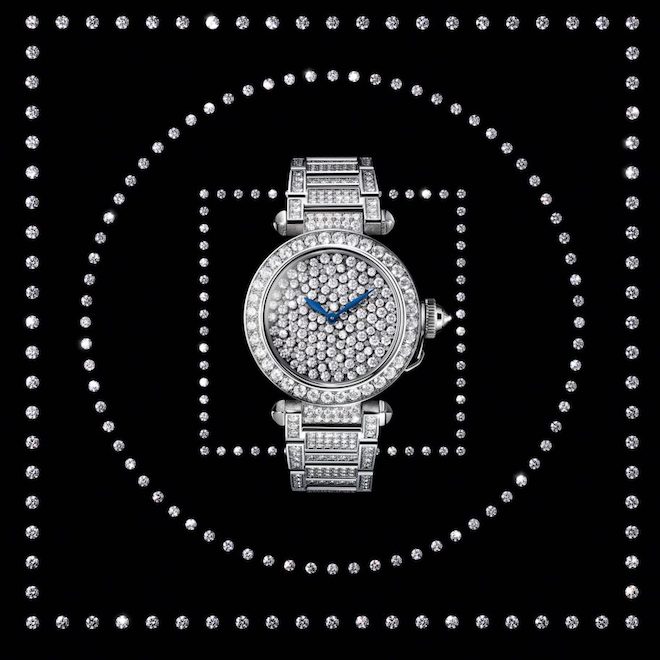 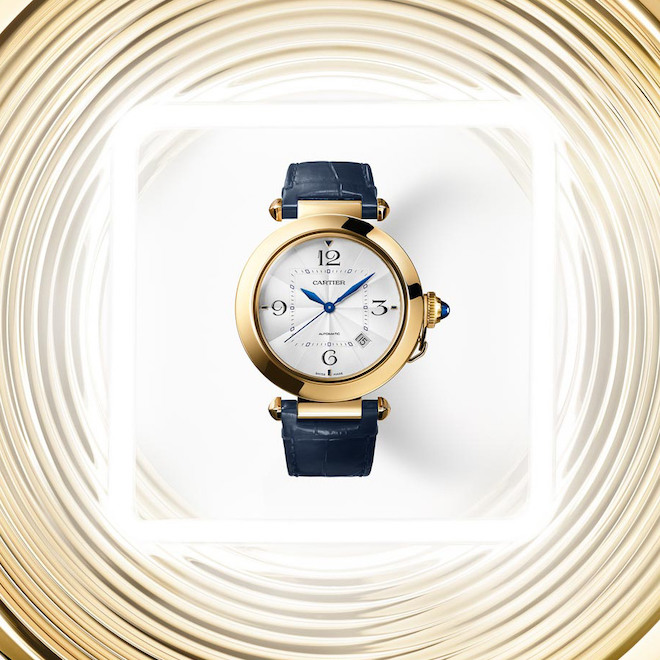