Considering that the Apple Watch will be hitting the shelves in April, the new LG Watch Urbane has been announced just in the nick of time. 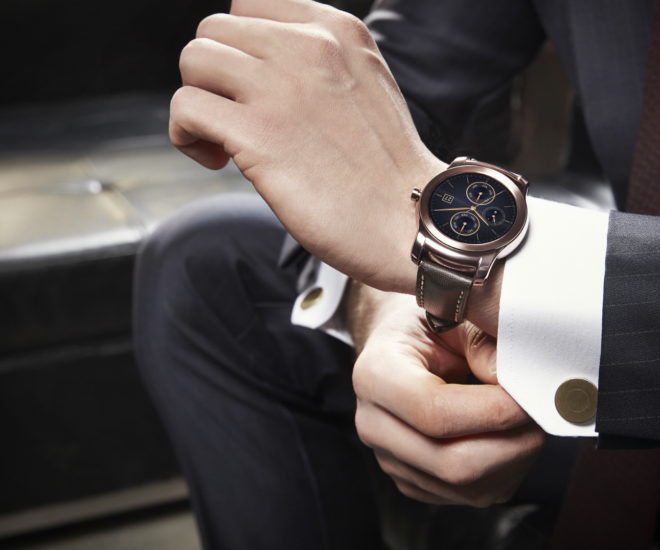 Considering that the Apple Watch will be hitting the shelves in April, the new LG Watch Urbane has been announced just in the nick of time.

Like Apple’s first entry into the wearable technology market, LG’s third smartwatch, the LG Watch Urbane, which will launch officially at the Mobile World Congress in March, is as much about premium materials and elegance as it is about connecting to a smartphone and running apps.

But as well as pre-empting Apple, LG is actually responding swiftly to the first emerging Android Wear smartwatch trend. A Canalys report published on Wednesday highlighted that over the past 12 months, fewer than 1 million Android Wear watches had shipped.

The research and analysis firm did confirm that to date, the most popular watches have been the most expensive and stylish models, namely the Moto 360 and the LG G Watch R.

The new watch ups the elegance again thanks to a slimmer stainless steel body, which can be specified with a polished silver or a gold finish, and a traditional stitched leather strap.

READ MORE: GOLD APPLE WATCHES WILL BE KEPT IN SAFES Like its last premium smartwatch, the LG G Watch R, the Urbane has a full circular display but is housed in a narrower bezel.

The idea is that it is sufficiently slimline not to get stuck behind the button or cufflink of a man’s dress shirt and not to standout for the wrong reasons when worn by a woman.

The smartwatch, the price of which will be announced later, can also monitor heart rate and average pulse and is water and dust resistant.