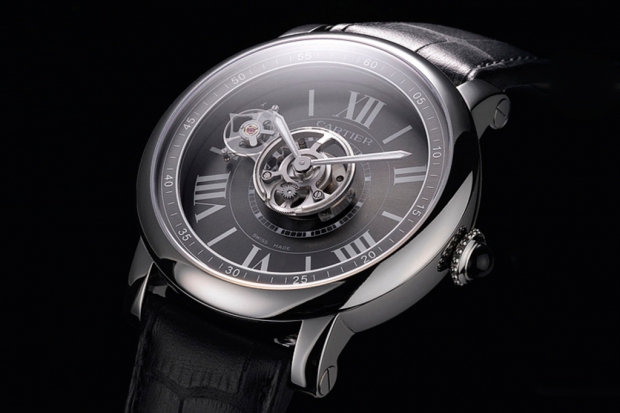 The Cartier ID One and ID Two concept watches were never meant to be marketed despite the years of research and all the investment that went into making them.

Rather, their role is to express a vision of the future and point the way to future goals for Cartier. And like most concept programs, the innovations born there may in whole or in part one day become a reality. Such is the case with this new timepiece.

The piece uses some of the technological solutions tried and tested in Cartier ID One: the niobium-titanium case, carbon crystal components, and the adjustment-free and lubrication-free pallet and escapement wheel.

On top of this, the watch is also based upon Cartier’s rethought the concept of the tourbillon that is the “Astrotourbillon” – a carriage with its axis of rotation at the center of the movement; the off-center balance wheel bridge is designed as an arrow and turns once round the dial every minute, pointing out the seconds.

Thus we see the Cartier ID Program bears the fruit which was intended: from a one-off concept watch to a production piece!